Barr and Trump exchange barbs over allegations of election fraud 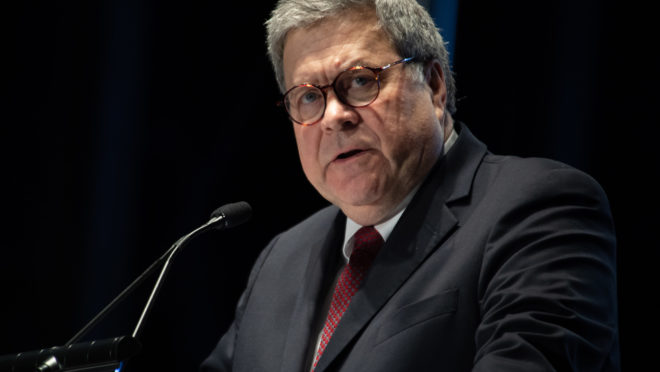 0
SHARES
0
VIEWS
Share on FacebookShare on Twitter
William Barr was head of the US Department of Justice for the last two years of Donald Trump’s term| Photo: Shane McCoy

William Barr, head of the US Department of Justice under Donald Trump, said on Sunday (27) that the former president’s allegations of fraud in the 2020 elections were “bullshit.” “If there was evidence of fraud, I had no reason to suppress it. But my suspicion all along was that there was nothing there. It was all bullshit (he used the word bullshit, a term considered offensive in English)”, the former US Attorney General said in an interview with the magazine The Atlantic. The former White House official had already dismissed Trump’s accusations in December of last year, when he said there was no evidence of fraud in the presidential elections that won Joe Biden.

Trump reacted to the comment, saying, in a statement shared with the American press, that “it’s people in authority like Bill Barr who allow the crazed Radical Left to succeed.”

“Him and other RINOs [Republicanos apenas no nome] Republican Party members are being used to try to convince people that the election was legitimate, when so many incredible facts have already been released to show conclusively that it wasn’t,” Trump said.