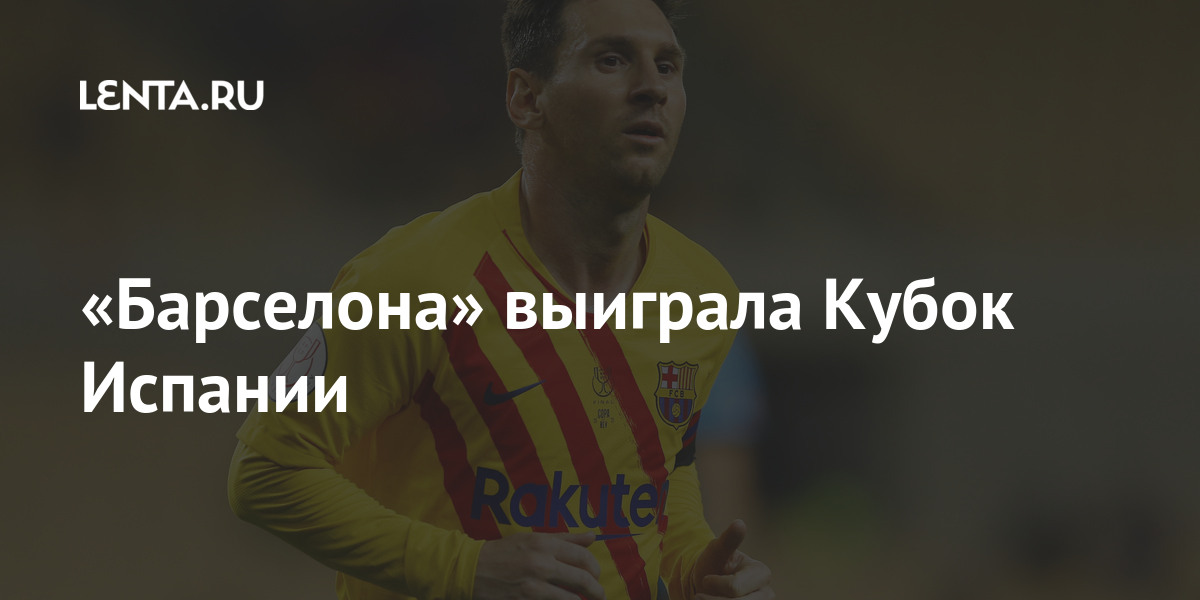 Catalan Barcelona beat Athletic Bilbao in the Spanish Cup final. The correspondent of “Lenta.ru” informs about it.

The decisive meeting of the tournament took place in Seville. Spectators saw goals only in the second half of the confrontation. First, in the 60th minute, the French forward of the blue garnet Antoine Griezmann scored. Dutchman Frankie De Jong doubled the guests’ lead three minutes later. And in the 68th minute, Argentine striker Lionel Messi brought the matter to defeat. In the 71st minute, he scored a brace, making the score 4: 0 in favor of Barcelona.

In the semifinals of the King’s Cup, the Catalans were stronger than Sevilla. Athletic beat Levante on aggregate.

Thus, Barcelona captured the trophy 31 times in history. For the first time, the blue garnet won the tournament back in 1910.

Journey to hell with Biden's son