Barcelona – Athletic: the final of the afflicted kings 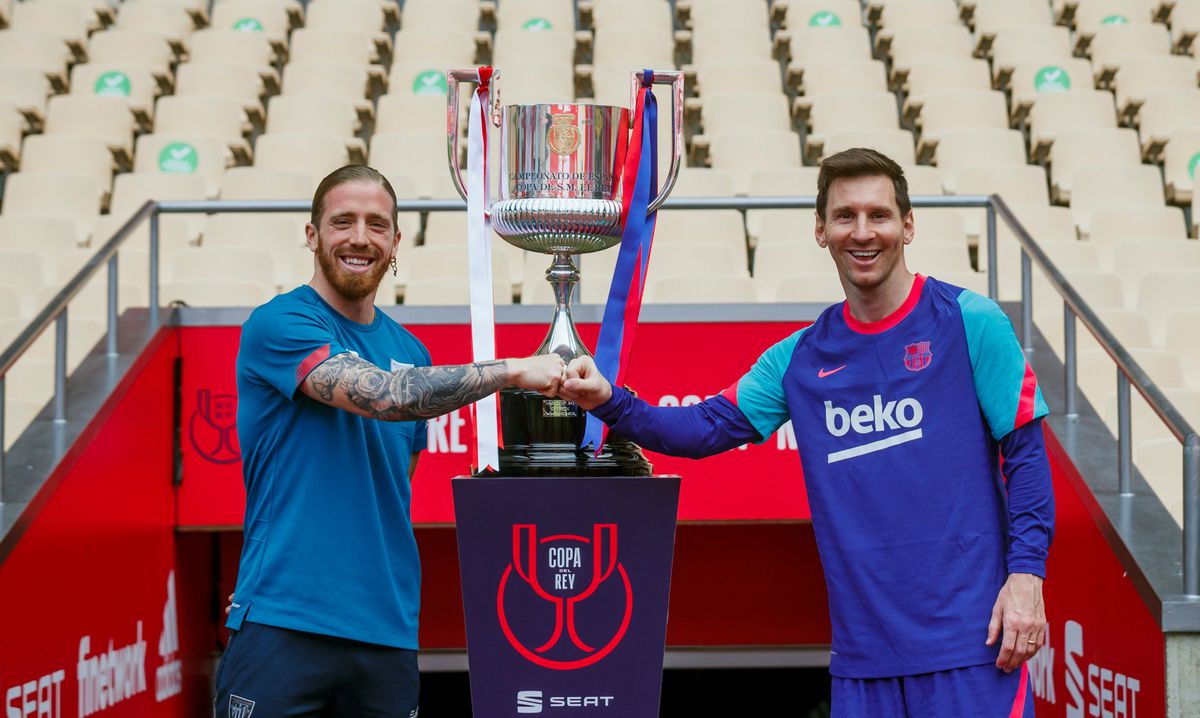 The Cup final, the most popular Spanish football tournament due to its ability to mobilize the fans, could hardly have a better poster: the most successful teams, Barça (30 titles) and Athletic (23), play at the start of the radiant April Fair in Seville. It so happens that the parties have been suspended and the match will be held behind closed doors in La Cartuja due to the pandemic, while the finalists go to the event more saddened than happy after losing the classic – the Barça – and the last Cup final —The rojiblancos two weeks ago against Real Sociedad—.

The emotional management of the party is essential because victory would mean a liberation on both sides. On the other hand, the defeat would mean prolonging a depression that is difficult to cure and has unpredictable consequences, especially at the Camp Nou. Barça has gone from an attack of optimism, which contemplated the achievement of the double (League and Cup), to the fear of a second blank season after the painful 2-8 of the summer in Lisbon. The team recovered on the fly until the appointment of Valdebebas arrived and now it is not known what to expect from a year initially considered transitional at the Camp Nou.

Doubts overwhelm Koeman’s team. Although the technician assured that Piqué is recovered from his painful injury, it is not known if De Jong will play as a central or midfielder or if Griezmann will start again because it is not very clear whether the technician will have a drawing with three centrals or the classic 4-3-3. Madrid stripped Barça on the counter in half an hour and with a good defense, arguments that Athletic handles very well with Williams’ race into space, Muniain’s movements and the arrivals of Raúl García and De Marcos. Muniain’s annoyances are precisely Marcelino’s great concern after initially recovering Yeray and Yuri Berchiche.

The Asturian coach already defeated Barcelona in the 2019 final with Valencia and was also champion of the last Super Cup as soon as he arrived in San Mamés last January. The Catalans do not forget that the two games, as well as the final of the European Cup against Steaua in 1986, were played in Seville. Likewise, Athletic remembers that they lost six of the eight finals against Barça, also that their last title was won against Barcelona in 1984 and that they have chained six games without winning, disturbed by the impact of their defeat in the Cup.

The rojiblanco challenge is for Athletic to become Athletic after the depersonalization suffered against Real Sociedad. A question of character and football, of courage and intensity, necessary to face a finer opponent and who, on the contrary, lost energy and play without the ball in his last meeting with Madrid. Barcelona’s priority will be to activate Messi, author of four goals in the last three cup finals won against Athletic.

The captain is looking forward to the end of the season and Joan Laporta’s proposal to continue at the Camp Nou. “The renewal of Messi is progressing adequately,” said the president of Barça yesterday. At 33, Messi is a veteran in a team that has 14 players who have not yet played in a Cup final. The Catalans have reached the final after three extra time (Cornellà, Granada and Sevilla), a comeback against their own Sevilla and a minimal victory in Vallecas. Dejected in Madrid in LaLiga, the script requires a last effort against an Athletic also in need of facing two finals in a row in two weeks and losing the first 1-0. Even if it is without an audience or a party, both can make up for themselves at La Cartuja.