Banks, another pending ’round’ between the United Kingdom and the European Union 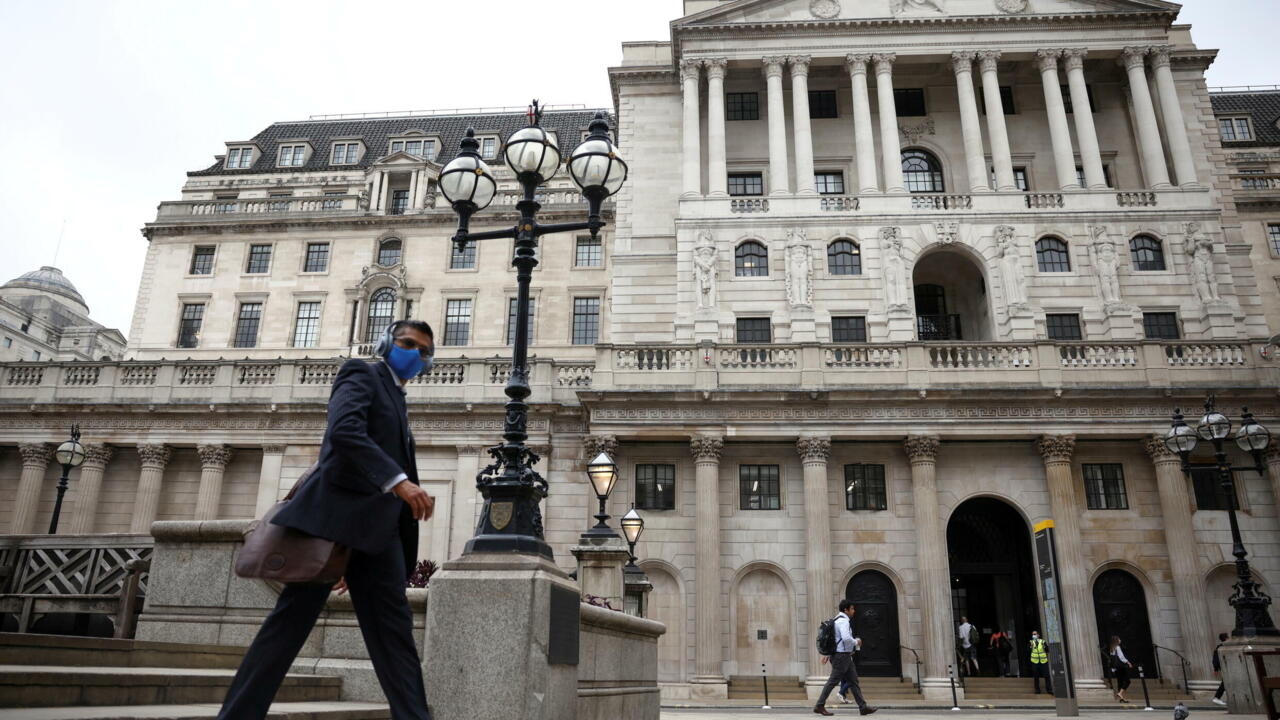 London and Brussels remain at odds not only over growing differences over the border in Northern Ireland, but also over financial services, critical to the economy on both sides of the English Channel.

Brexit has impacted every issue in the UK in some way. The affluent financial services industry, which includes not only banks and insurance companies, vital to the British economy, but essentially the City of London, is proof of this.

Since the divorce became effective on January 1, 2021, not only banks but the entire industry have had to shorten their operations in the countries of the European Union.

So far the bloc has not granted the United Kingdom the so-called equivalence so that financial services, provided by British companies or operating in its territory, can continue to operate as before Brexit.

Growing tensions between London and Brussels over a completely different issue like Northern Ireland’s hot border and its protocol, which has heated spirits since divorce negotiations began, has kept Prime Minister Boris Johnson and other European leaders at odds.

Currently, there is a memorandum of understanding between the parties that has not been ratified by Brussels.

In the trade agreement signed on December 24, 2020, with the cold of Christmas Day as a witness, services were not included. These had to be agreed upon later.


University of Nottingham Professor of Economic Geography Sarah Hall explains the parties’ positions: “London wants to maintain its role as an internationally competitive financial center and is looking at how regulatory changes could be used to support this.”

While “the EU must adapt to having a large financial center that used to be within the single market and outside its regulatory vision. It will take time for these two processes to develop and, in many ways, we are only in the early stages of Brexit and financial services. “

These are paramount for the British economy: they represent 6.9% of GDP and with more than £ 40 billion in net exports.

Different regulations between the UK and the European Union

In the early hours of 2021, the regulation in financial services, which was the same for both London and Brussels, changed automatically once the United Kingdom left the Common Market of the European Union.

At the end of the transition period, on December 31, 2020, what is known as the ‘passport’ that allowed British banks to operate in European territory with the same regulation ended.

That means that once outside the Common Market, UK financial services become those of a third country. That is, they must have a different treatment and be subject to different legislation; which makes it difficult and slows down operations.

Equivalence, an increasingly familiar financial concept when it comes to the myriad changes Brexit has brought, is more than urgent. With the equivalence, the banks and the financial industry of the two territories can continue to function.

“Market access is much lower than before Brexit, the manager of public affairs, policies and research from TheCityUK, Emma Reynolds.

In his most anticipated speech of the year in July at Mansion House, the seat of the Mayor of the City of London, British Finance Minister Rishi Sunak said that “our ambition had been to achieve a comprehensive set of mutual decisions on equivalence. of financial services. And that has not happened. ”

Paying the ground, the United Kingdom granted the European banks operating in the country the equivalence. In other words, financial services provided by European banks and similar industries are recognized as equivalent in laws and services. So far, the European Union has not done the same.

Although London has taken a step forward, it has also announced changes to its financial regulations that create, roughly, more distance between the parties and make it very difficult to achieve equivalence.

“The Sunak Ministry laid out plans to change a series of rules inherited from the EU, which could make Brussels think even more about granting any direct city access to the bloc due to the inevitable differences arising in hitherto identical rules” , explains the Reuters agency.

There would be two paths that would allow financial services to continue as before Brexit: that the European bloc grants the equivalence or a treaty is made between London and Brussels on it. The solution is not yet known.

The apocalyptic projections of a massive rout of banks and jobs that would move to other European capitals after the divorce were not fulfilled.

This sector generates 2.3 million jobs. Of these, two-thirds are located outside of London, considered Europe’s financial district.

“Since the referendum (2016) 7,500 jobs have been transferred to other European capitals, it does not seem to have a massive impact in terms of jobs,” says Emma Reynolds.

Good to see London reclaim Europe’s top share trading slot from Amsterdam. While in many ways this title is symbolic, it’s reflective of things settling down and bedding in post-Brexit. A sign also, of the deepening relationship with Swiss financial centers.


The New Financial firm ensures that at least 440 companies have relocated their offices and equipment to other European capitals. Being Dublin, Paris, Amsterdam and Frankfurt the beneficiaries.

“London is a little smaller than before Brexit, but it is still dominant”, emphasizes Professor Hall but warns that “we are in the early days and it is difficult to assess the impact clearly because of the ways in which Covid-19 has also impacted business planning. It will be important to see how London looks to position itself after Brexit. ”

Threat to the City of London?

The City of London, as the financial district embedded in the heart of the city is known, is so important that it has its own mayor and police.

Through this, considered the most powerful square mile on the planet, passes much of the world’s transactions.

And among the discussions during the complex Brexit negotiations was whether London would lose its status and the power that being the financial capital of Europe gives it. Experts do not believe that the advantages offered by this can be hardly replaced by another city.

“London has for many, and continues to be, more financially international than New York,” says Reynolds.

It has rules specially designed for the financial sector to operate, its time zone also allows interaction with the Americas, Asia and Africa. And English, the business language par excellence.

“The world comes to London to make deals, to access the deep and liquid capital markets that we have and to know not only financial services but also professional services,” adds Reynolds.

For now, London continues to remain the financial capital of Europe and hopes to continue to hold that title in the future.