Baniyas plane … a step on the title 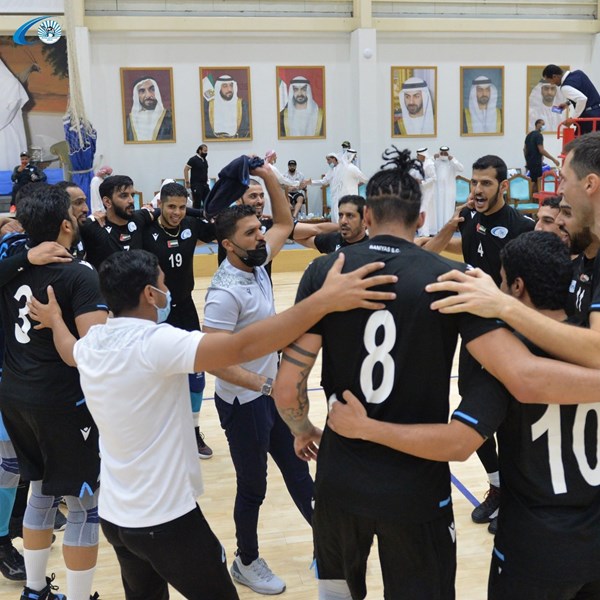 Mustafa Al Deeb (Abu Dhabi)
The Bani Yas volleyball team will visit Hatta tomorrow for the return match in the “Play F” stage of the Volleyball League, after the first leg ended with Al-Samawi’s victory by three clean sets.
In the event that Bani Yas wins, the team will go to the final match, waiting for the winner from Al Nasr and Shabab Al Ahly, to determine the champions of this season’s league.
The “playoff” stage takes place through the rise of the teams holding the first four positions to a round of four matches, where the first meets the fourth, and the second meets the third back and forth, and then the two winners meet to determine the champion.
Bani Yas rose to this stage as the leader of the table from the start of the tournament until the end of the eighteenth and last week.
The Samawi plane is the favorite to win the title absent for more than four years, as the team level is the strongest among all the championship teams, but this does not prevent the preparations strongly through training on a daily basis.
The Baniyas Sports Company, headed by Suhail Al Ameri, was keen to motivate the players psychologically and morally by being with them permanently and continuously before each match. In addition to the immediate financial rewards in the event of victory after each of the “playoff” matches, which happened after the Hatta match, which ended with Al-Samawi’s 3-goal victory.

News of the arrest of "Ramez Majnoun Official"

Rocío Quiroz’s drama: she tested positive for Covid and suspended her marriage