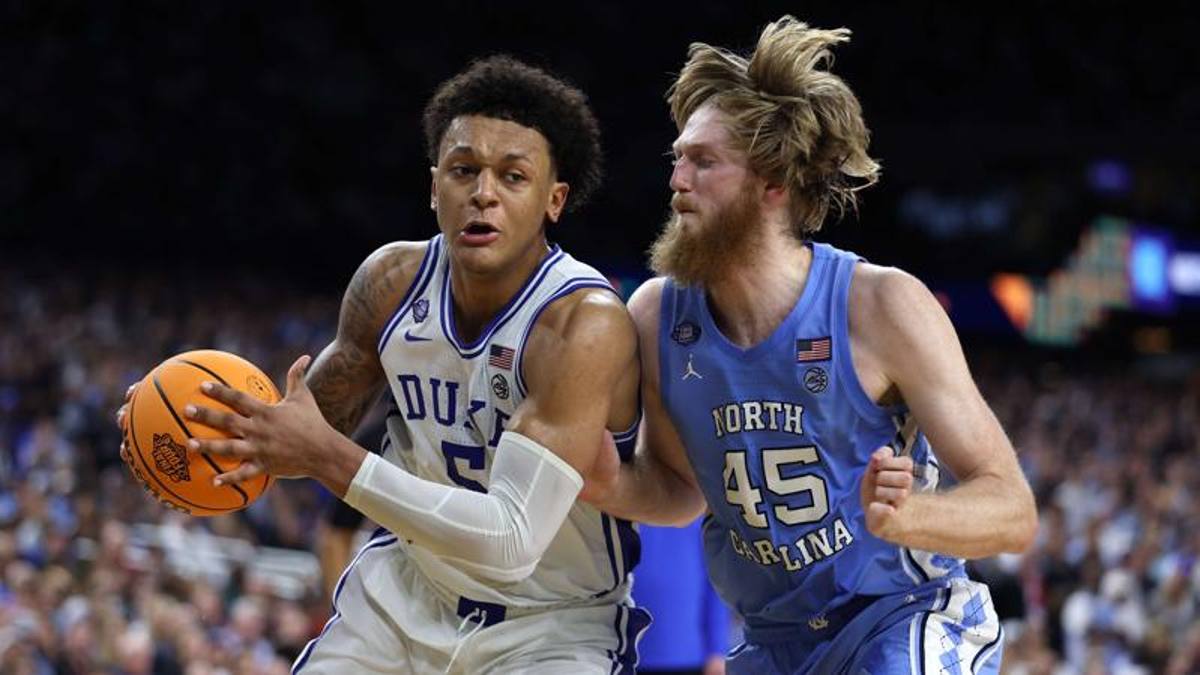 Duke beaten 81-77 by the Tar Heels despite the Italian’s 20 points: it is the defeat that ends the career of the legendary coach after 42 years. North Carolina will play for the title against Kansas

It ends in tears. At the most beautiful, one step away from the dream. Paolo Banchero’s college career ends in front of the 70,602 spectators of the Superdome in New Orleans, the witnesses of the 81-77 with which North Carolina beats Duke and earns the match for the title against Kansas, at 3.20 on the Italian night between Monday Its tuesday. It is the end of the career of Mike Krzyzewski, the legendary coach of the Blue Devils who after 42 years (and 3 Olympic gold medals with Team USA) ends the adventure on the bench. He walks out of the stadium hand in hand with his wife Mickie, with his players following him in tears. They wanted to win for him. Everyone, including Banchero who will now have to put the NBA in his sights.

See also  Carlos Paniagua: "You have to look Brazil in the eye"

The future blue closes with 20 points and 10 rebounds, with his only double double in March Madness. He closes the Tournament with his chances of being the first overall choice in the NBA Draft relaunched by how he played, by the talent he showed. Even against North Carolina, in a game in which he did not shine but in which he was still the best scorer of him. Except Duke would need him to be great to keep going. And Paolo didn’t succeed, he didn’t take advantage of the favorable defensive pairings, he didn’t level up with offensive potential and game vision when his team needed it most. However, it is not Banchero’s fault that Duke lost: Coach K missed the team, with the defensive wall Mark Williams limited by fouls problems and NBA talents failing to show what they are worth. And even Banchero was trapped in these difficulties.

North Carolina-Duke is college basketball’s coolest rivalry, and their first ever crossing at March Madness didn’t disappoint. The Tar Heels won an epic, tense match, with the pressure multiplied by the stage on which it was played. North Carolina won with merit, dragged by Caleb Love’s 27 points, by Armando Bacot’s dominance under the basket, who finished with 11 points, 19 rebounds and his 30th double double of the season, a record. The match was a back and forth between two heavyweights who didn’t want to know about going to the mat: Duke in the first half, finished ahead 37-34, managed to limit North Carolina’s three-pointers to 3/13, plus effective in recovery. The Tar Heels attack exploded in the second half thanks to Love (21 of his 27 points after the break), that of Duke as well as Banchero found Keels (19 points in 29 ‘) and little else. Coach K’s team put their nose forward for the last time with 1’20 “from the end, with Moore hitting from 3 after a splendid offensive rebound by Banchero for the 74-73 Blue Devils. The advantage doesn’t last, because Love is rampant while Duke struggles. And eventually he gives up, handing Coach K over to the legend. And Banchero to his future in the Nba.

North Carolina will play for the title against Kansas at 3.20 am on the Italian night between Monday and Tuesday. The Jayhawks got there by dominating Villanova 81-65 in the match that opened the weekend in New Orleans. And against the Tar Heels they will start favorites.