Ballotage in Peru: the electoral Justice has so far rejected most of the challenges presented by Keiko Fujimori 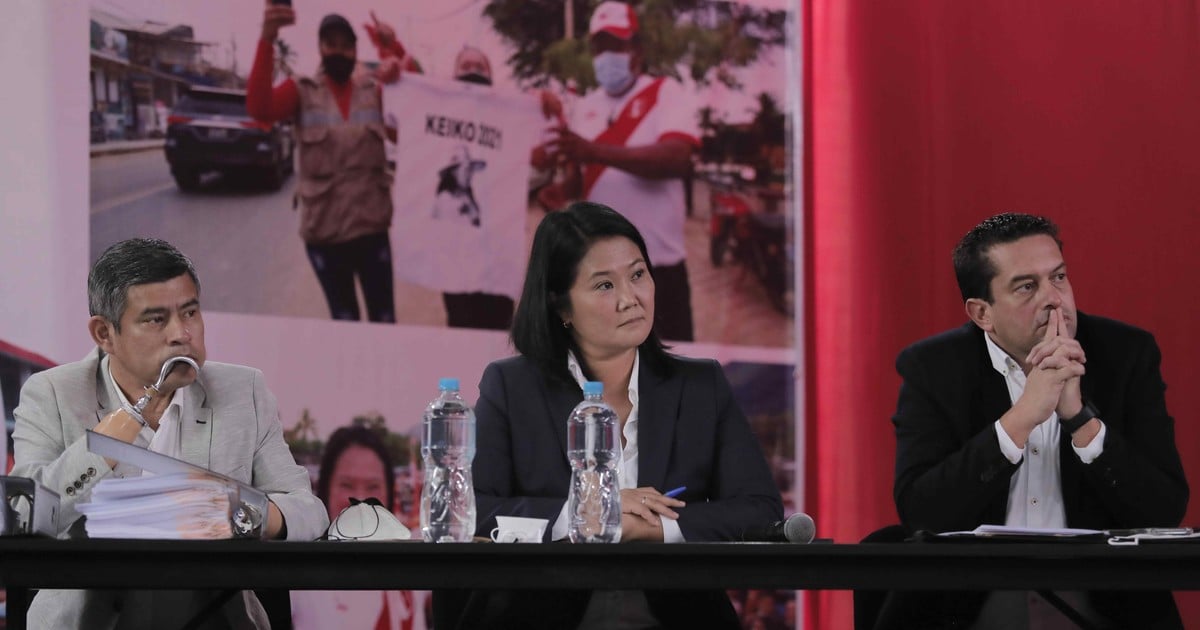 The National Elections Jury (JNE) of Peru resolved most of the challenges to the electoral records, and rejected a large part of those submitted by the candidate right-wing Keiko Fujimori, second in the counting of votes in the ballot to define president, while the expectation and tension grows for the official proclamation of the winner.

Until yesterday at 6 in the afternoon, the political party of former legislator Fujimori had entered the JNE platform 942 appeals for annulment, representing around 200,000 votes.

Of these resources presented, 777 were outside the deadline and 165 within them, of which 91 were rejected.

Another 701 have already been resolved, but none with a favorable ruling for Fujimori, according to the local newspaper The Republic.

Through a statement, the JNE announced that “the plenary session of the highest electoral body will continue with the resolution of appeals during this weekend with the purpose of accelerating its work, “since” it is resolving the appeals of the records observed at this stage of the process. “

According to the final vote, the leftist candidate, teacher and trade unionist from a rural area Pedro Castillo won with 50.125% to Fujimori, who obtained 49.875%. The total difference in the count was just 44,058 votes, according to official figures.

However, the final word will be on the JNE when it resolves all appeals, a point that Fujimori promised to respect, despite his constant allegations of fraud that, he maintains, will be revealed in the analysis of the challenges in the electoral justice system.

So far, however, the JNE did not make room for these claims in the appeals it resolved.

Likewise, all international electoral observer missions, including that of the OAS, agreed that they did not record any evidence of significant fraud.

Despite this, several elected legislators and retired military members proposed this week completely cancel the election, which was not only rejected by Peru Libre, Castillo’s force, but also by the Peruvian government, part of the mass press and references from the Catholic Church, among others.

“Today it’s the JNE resolve with rigor, equity and justice the requests regarding the revision of the minutes of the second electoral round, “said President Francisco Sagasti on Twitter, in a new call to respect the institutions that direct the electoral process.

After having canceled his press conference last night, uncertainty grows about what Fujimori’s next legal and political steps will be, while in the environment of Peru Libre they remain convinced that in the worst case scenario with the appeals before the JNE, the difference in votes in favor of Castillo only it would be shortened to 11,000 votes, but it would not reverse its virtual triumph.

However, this Thursday, Fujimori insisted on “irregularities” (he did not speak of “fraud”) against him.

“There are clear reports of irregularities, of manipulation by members of Peru Libre, “the party of her leftist rival Pedro Castillo, at the voting tables, the right-wing candidate said at a press conference held at her party’s headquarters in Lima.

“What we are looking for is to know the truthThat is the call we make to the National Elections Jury, “added Fujimori without providing conclusive evidence.