Ballot in Peru: Keiko Fujimori bets on the ‘Trump route’ in the face of certain electoral defeat 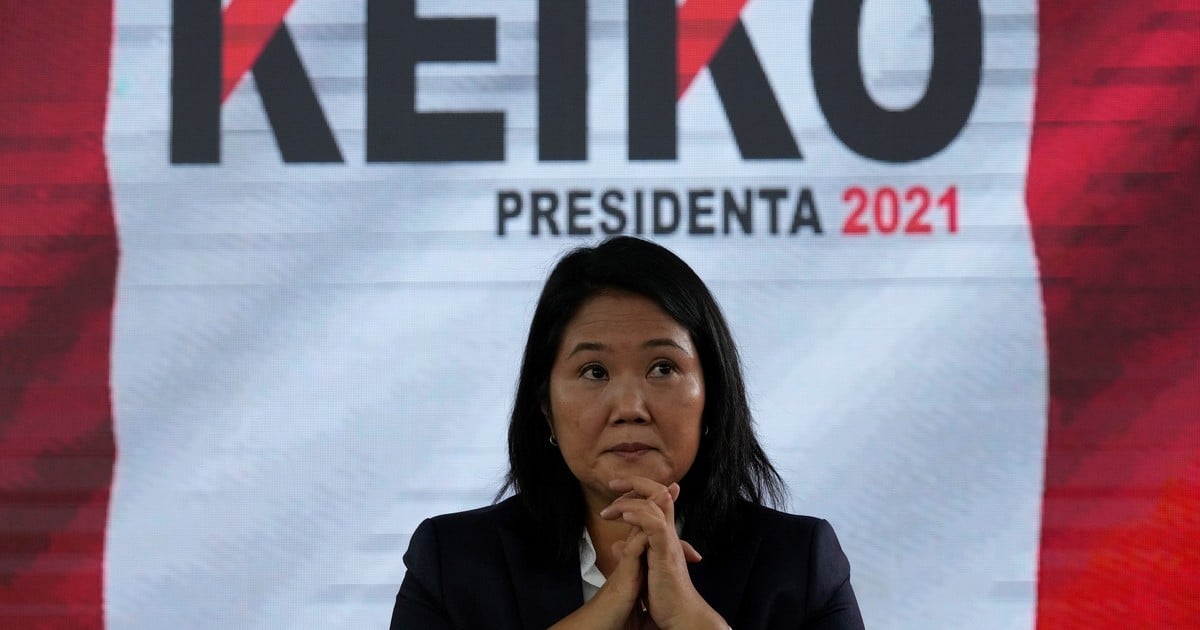 Faced with his apparent electoral defeat in the presidential elections in Peru, Keiko Fujimori is betting on a path similar to that of former United States President Donald Trump: claim fraud, sow doubts about the system and file appeals without legal basis for not recognizing the legitimate result.

This is how categorical is the analysis that political scientists, analysts and journalists make in Peru of the actions that Fujimori (right), daughter and political heir of former president Alberto Fujimori (1990-2000), is undertaking to avoid that his rival Pedro Castillo (left) is proclaimed the winner in the elections of last day 6.

“This is an emulation of the ‘Trumpist’ strategy. If the rules or the result do not favor me, I will go as far as possible, even beyond them, to do so. And if they don’t, I have a way to not recognize the winner, “Fernando Tuesta, political scientist and former head of the National Office of Electoral Processes (ONPE), told Efe.

In that situation, Fujimori launched a series of complaints of widespread “table fraud” last week. without providing reliable evidence of the accusation, and presented a veritable avalanche of demands in order to nullify some 200,000 votes in Andean, rural and poor areas overwhelmingly dominated by Castillo.

Despite having indicated on several occasions that these measures are to “defend the vote”, the effort to identify irregularities in rural, remote and peasant places, with little solid arguments, it has been seen by many as an attempt to suppress the vote.

“That is clearly the idea. Make my votes (Fujimori) are worth more than yours (from Castillo). That would be the only way that the candidate has any chance of winning, “summarized Tuesta.

This could be seen in a highly criticized statement by Julio César Castiglioni, the Fujimori lawyer who directs annulment requests, who even declared as justification for the annulment requests that “in the mountainous areas of the country they have filled the amphorae at will”.

The more than 800 claims of Fujimori before the electoral juries, something unprecedented in the political history of the country, they have arrived for the most part outside the established legal deadline.

That dramatic error or omission makes, according to various calculations, it is impossible that even if he won all the merits appeals, which he is also not achieving, I could never surpass Castillo.

Without the number of votes to annulAnd without powerful legal arguments to justify her requests for annulment beyond unilateral allegations of “fraud” and “systematic irregularities,” the candidate’s insistence on pressing on this issue leads to other explanations.

“Given the evidence that it will neither win the claims nor that there are not enough votes at stake, I now believe that it is more of a strategy to build a narrative to delegitimize the election“political analyst Paula Távara told Efe.

That coincides in fact with the pressures and marches that Fujimori supporters are doing before the National Elections Jury (JNE), shared by Fujimori herself, who last Saturday questioned the court for not having accepted or “explained” his refusal to extend the term to request annulments of votes.

The JNE clearly explained that this expansion was unconstitutional, according to a ruling by the Peruvian Constitutional Court.

In the opinion of both analysts, what is happening now is the construction of a “delegitimization” of the electoral bodies in order to “pierce” Castillo’s election and to be able to try to promote an impeachment as soon as he takes office.

Távara points to another even more dramatic option, veiled expressed by minority sectors of the right, but which has already found a foothold in television programs, such as “postpone the proclamation of Castillo with demands beyond the legal term for Congress to assume the Presidency and call new elections. “

Beyond these appraisals, what is really serious is being “the level of polarization” that these initiatives Fujimori is creating.

“There is harassment, there are marches, there are racist groups and ‘fake news’. I am afraid that it will end in violence, “said the analyst.

“Some believe that indeed Castillo’s victory is so dangerous and terror embraces them so much that these people would go beyond anything to ‘defend the vote’ (…) This is very dangerous, and regardless of who raises the issue or directs it, it can be uncontrollable, “concluded Tuesta.