Ballot in Peru: 66% of Peruvians believe that Pedro Castillo won the elections 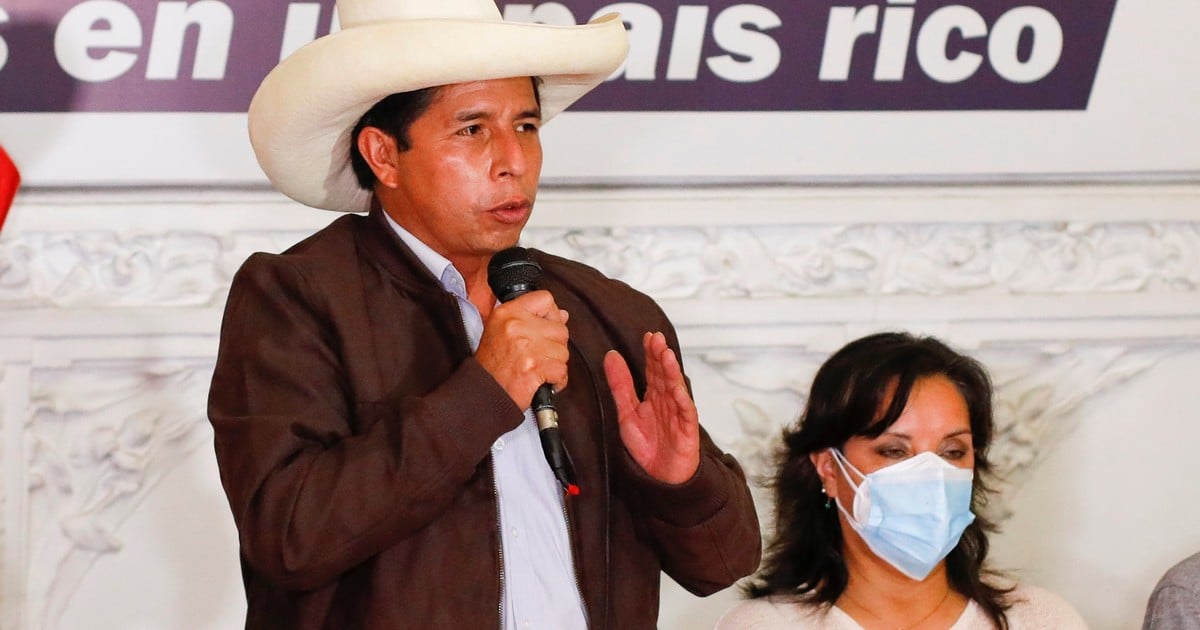 66% of Peruvians affirmed in a survey by the Institute of Peruvian Studies (IEP) that the leftist Pedro Castillo won the second presidential round in Peru, 53% maintain that Keiko Fujimori’s fraud complaint is a strategy to avoid acknowledging their defeat.

Only 25% of respondents said that the right-wing candidate Keiko Fujimori would have won the ballot, while 9% declared themselves undecided, according to a poll published by the newspaper La República.

Regarding the complaints of “systematic fraud” defended by Fujimori and his supporters, 53% of those surveyed answered that they are not right because “it is a strategy not to recognize the results “, compared to 31% who supported them and added that there have been “irregularities at the voting tables.”

Another 12% believe that they are somewhat right, but that will not affect the result, while 4% do not know or do not think.

Until now there is no convincing proof of the existence of this “fraud”, and both international observers, electoral bodies and data analysts agree that there were no relevant irregularities, and in no case anything beyond what is usual in any other electoral process.

However, the proclamation of the winner has not yet been made because the electoral juries They are resolving the requests for annulment and appeals presented by the Fujimori party, mainly.

The IEP survey revealed, instead, that 69% disapprove of Fujimori’s attitude after the second round, while 29% support it and 2% remain indifferent.

The sectors that hold the greatest rejection of the attitude of the former congresswoman they are the south (80%) and the eastern part of the country (73%), as well as rural areas (76%) and the youngest voters, between 18 and 24 years old (74%).

However, the attitude of Castillo, who in practice unofficially proclaimed himself as president-elect, has also been rejected by 49% of respondents and received the support of 47%.

Among Castillo voters, 51% say they did because it offered the change that the country needs and 25% because it does not want Fujimori to return to power.

Likewise, 14% say that they will worry about those who have the least and a 10% because you trust him.

In turn, 55% of Fujimori voters did so because they don’t want the left or communism to come to power20% because it ensures stability and order, and 14% because it offered the change that the country needs.

The head of Opinion Studies at IEP, Patricia Zárate, commented that the high percentage of disapproval of Fujimori It responds to the fact that 53% of respondents maintain that they are not right in their claims and that they are a strategy to not recognize the results.

In addition, Zárate added that the “anti-vote” it is much stronger in Castillo’s case than in Fujimori’s, and for that reason “it is difficult to build in denial.”

“Thus acceptance of results that the majority of respondents shows us seems to be the way to continue facing the pandemic and the bicentennial “of independence in the country, said Zárate.

The IEP survey was conducted between June 17 and 20 to a sample of 1,210 interviewed by telephone, nationwide, with a confidence level of 95% and a margin of error of 2.8%.