Balearic tourism sees the light at the end of the tunnel 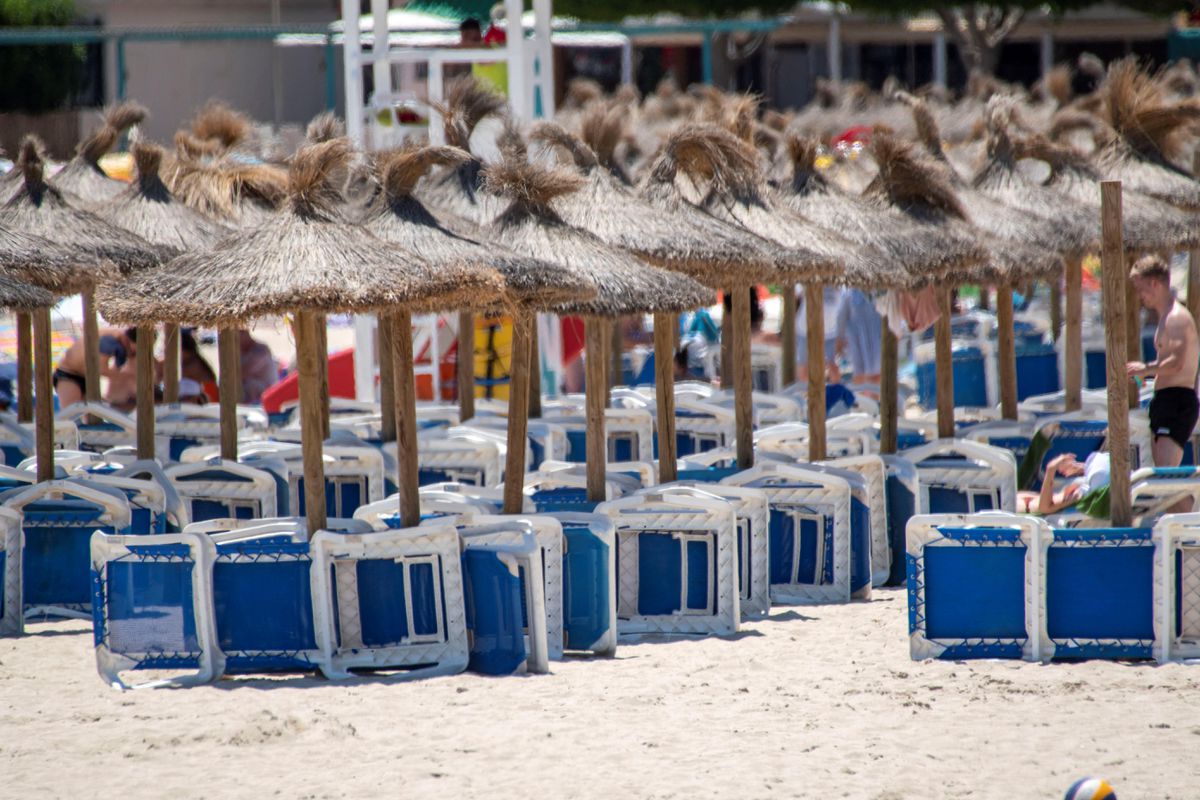 Three women speak at the doors of a local souvenirs on Magaluf de Calvià avenue, in Mallorca. They exchange opinions on the imminent arrival of British tourists to the Balearic Islands and on the latest news of the mega-outbreak that has emerged on the island that has infected more than 600 students from various autonomous communities. The day is calm at the epicenter of British tourism on the island, there are few pedestrians, the beach is semi-empty and a huge line of places for drinks and pubs with closed English labels. They all hope to wake up from slumber on July 1, when British tourists will have the green light to travel to the islands without undergoing a quarantine upon their return after the United Kingdom Government included the archipelago in its list of safe destinations.

“We see it well, but with a little fear because here they do not have to present any proof and there is a lot of talk about the Indian variant,” says Daisy, who works at a tobacconist on Magaluf avenue. He believes that the arrival of tourists will change the business perspective “because so far it is a disaster” and will allow him to improve sales. Next door is Plus Sport, a sportswear store run by Juana, who can’t quite believe how the panorama can change: “Everything will depend on the conditions in which they come and the spirit they bring. That they come with money and willing to spend a little, because last year was catastrophic, “he stresses.

Most of the hotel plant in the area is closed or running at half gas. The general director of Garden Hotels, Gabriel Llobera, hopes that the green light of the British traffic light will serve to give the final boost to the tourist season. “I do not know what the UK can do in the future, but we hope this is worth to have a season as similar as possible to before,” he says. Its chain has establishments in various areas of English tourism in Mallorca such as Alcúdia, Cala Rajada or Playa de Muro. Also in Ibiza and Menorca. Two of the hotels remain closed waiting to see how the situation evolves while another will open on July 1 thanks to the announcement of Boris Johnson. In recent days they have gone from a daily sale of 10 stays to having 231 reservations for the first days of next month in just a few hours.

The Mallorca Hotel Federation believes that the opening of hotels will continue in all areas of British tourism and workers will be incorporated into their jobs. Its president, María José Aguiló, is satisfied, but insists on the need to maintain security conditions and calls on the central government to force travelers from the country to present a negative coronavirus test, something that is not required of them now. A request to which the Government of the Balearic Islands has also joined, which has already requested it from the Executive of Pedro Sánchez.

The first flights will arrive in July. The tour operator TUI plans to resume its operations on the three islands during the first week of that month. “That week we will start operations in Mallorca, Menorca and Ibiza. There is a very strong demand for trips to the Balearic Islands ”, explains Ian Livesey, head of the tour operator for Spain and Portugal. In the same way, Jet2 reported this Friday that just 24 hours after the inclusion of the Balearic Islands in the United Kingdom’s green list, reservations to the archipelago for July had increased by 3,000%.

Meanwhile, many in Magaluf hope that images such as those of the last days in the Arenal de Llucmajor area will not be repeated with the end-of-year trips of young people from the Peninsula. The manager of a pub Briton, who prefers not to give his name, expects a strong hand from the police to stop the uncivil attitudes. “I have been working with this type of tourism for 30 years, but much of the fault is ours for allowing certain things,” he says. In the nearby restaurant Wellcome, Carmen serves some customers coffee. “For us the arrival of the British is to see the light at the end of the tunnel. We are afraid that the British government will back down afterwards, let’s hope it won’t happen ”, concludes this waitress.