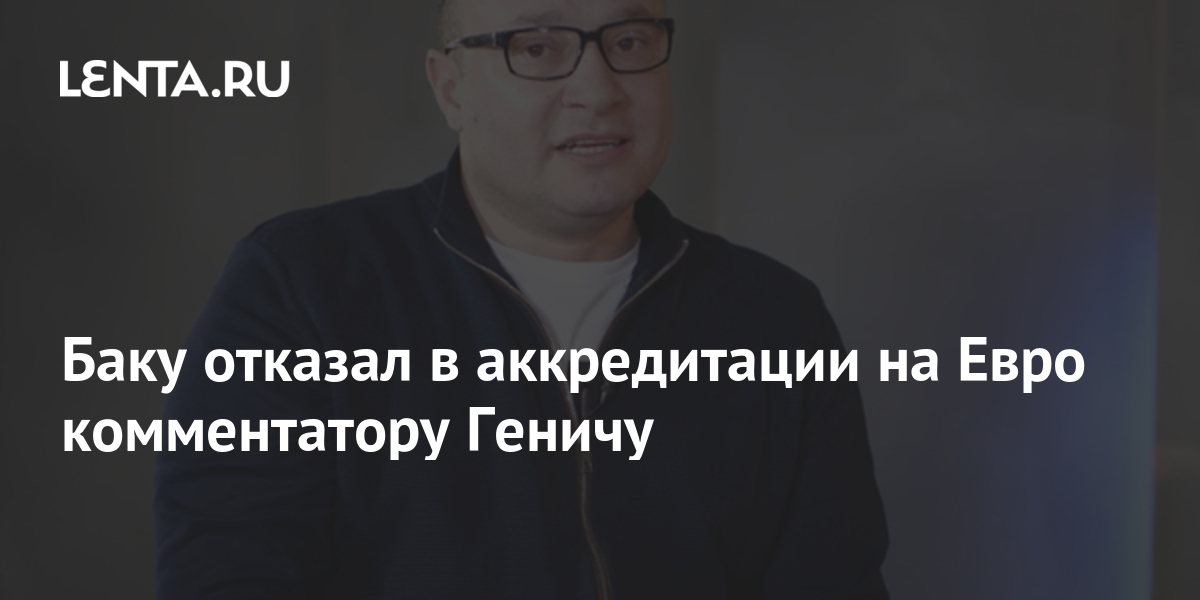 The Azerbaijani organizers of the European Football Championship refused to accredit Match TV commentator Konstantin Genich to the tournament. He told about this in his Telegram-channel.

Genich stated that the reason was his visit to Karabakh in 2009 to participate in a football tournament between the CIS and the Baltic States. He noted that he was initially accredited for the Euro, but then he received a letter, where it was said about the inconsistency of the UEFA check. The journalist added that the letter was sent from the Baku-2020 post office.

The European Championship is held in 11 cities. Baku will host the group stage meetings between Wales and Switzerland, Turkey and Wales, Switzerland and Turkey, as well as the quarterfinal match of the tournament.

In 1991, Nagorno-Karabakh, inhabited mainly by Armenians, proclaimed independence from Azerbaijan, which it was part of during the Soviet era. The war began. In 1994, Armenia, Azerbaijan and the unrecognized Nagorno-Karabakh Republic (NKR) signed a truce.

On September 27, 2020, battles began on the line of demarcation between Azerbaijan and NKR. They continued until November 10, when Baku, Yerevan and Moscow adopted a joint ceasefire statement. As a result of the war, Azerbaijan regained a number of territories lost in the early 1990s.