Bafici: ‘Pinpin’, an intimate odyssey through the Once neighborhood 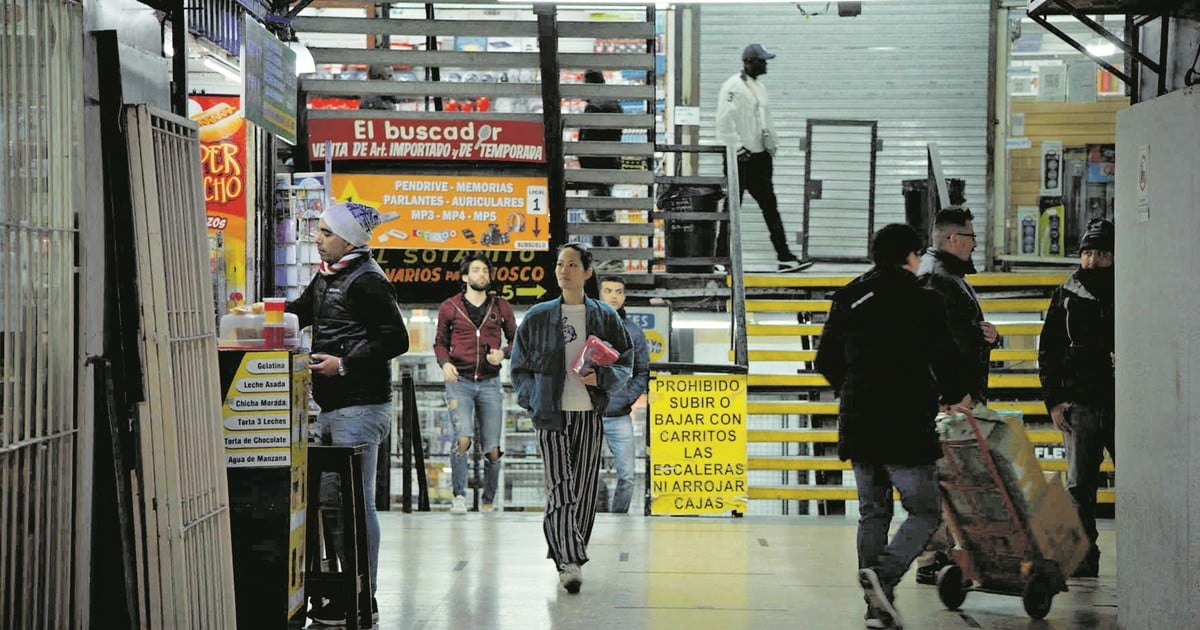 A boy arrives from Europe and returns to his father’s house in Once. There he meets his sister, who reveals that apparently the Chinese cashier from the supermarket across the street likes him. The uncertainty of the rumor makes the protagonist conjecture about the nature of the bond and plan possible strategies of approach and contact. The Chinese woman, for her part, spends her days in the restaurant and visits the galleries in the area. A secret gaze circuit oils up the incipient relationship and puts the desire of both of them to work. Each one has its own wanderings around the neighborhood and its repertoire of immigrants, trades and social classes.

Filmed with the support of a production grant from the Brooklyn College Foundation, Pin Pin is screened in the Argentine Competition and is the second work by Jaime Levinas, an Argentine-Dutch filmmaker based in New York who made his directing debut with the short Midnight coffee (2020).

–You lived in Once twenty years ago. What was it like filming in the area? Except for Daniel Burman’s cinema, it is not a place so frequented by Argentine cinema.

– This was the first time they gave me a budget: I didn’t think twice, I wanted to film in the neighborhood where I grew up. For me, what Burman cinema proposes can be defined as follows: “this is the neighborhood that once belonged to my Jewish family and that now has changed or is no longer there”. I, who am from the 90s, grew up in the middle of the Korean, Chinese and Peruvian community. Although the most frequented speech is the Burmanian one, I think the version of Once is more romantic as a shore where the different migratory waves arrive, a wholesale beach and merchants.

–How did you think of the story based on a secret game of gazes?

-The story in its entirety is based on a rumor about a character who does not say a word during the entire short. Things of this style attract me a lot. From his balcony on the sixth floor, an idle petty bourgeois looks at the people who work on the street. In turn, the supermarket cashier, in her night hours, can observe what happened during the day on the security cameras, which in turn have an angle similar to that of the balcony. Once the story was written, I began to understand it and I liked the game of looks and points of view.

–How did you work the opening of the story? As the film progresses, possible narrative lines are suggested (the telephone call to the brothel, the meeting with the neighbor, the Marroc indicating an interest on the part of the Chinese cashier) but they are not resolved, but remain open.

-After my film Midnight coffee, which functions as a kind of cinematic clock, I needed to explore the digression. Rethinking what is narratively important and what is not, and what is lost when one leaves unfinished elements aside. I saw the film as a corridor in which doors open to new pieces that we cannot always enter, but in which a small glance is enough to understand what is inside.

–The film has visible signs of romantic comedy. How did you approach the genre?

–I never thought of it that way until I read what Javier Porta Fouz wrote (in the festival’s catalog). I like to see it that way, if I had understood it earlier I might have been able to use some of the tropes of the genre. But I rarely understand what my films are really about.

–Which cinema do you think your Pin Pin? There is a strong link with the comedies of Eric Rohmer, but also with the deadpan air and the perplexity of those of Martin Rejtman.

– I want to believe that my films have my voice and that from there I am able to dialogue with all those authors and with many more. What was clear to me is that there was something in the Eleven way of thinking that the new Taiwanese cinema of the 90’s resonated a lot. What I mean is that in films like Neon God Rebels or What time is it there? (both directed by Tsai Ming-liang), which were set in Taiwan, I felt the spirit of the Eleven more than in the Burman films. MRI stuff.

Platform economy Food delivery company Delivero has grown in value to more than € 10 billion – the company will be listed soon and is expected to be one of the largest on the London Stock Exchange.

Reader ‘s opinion Sanding of cycle paths should be stopped