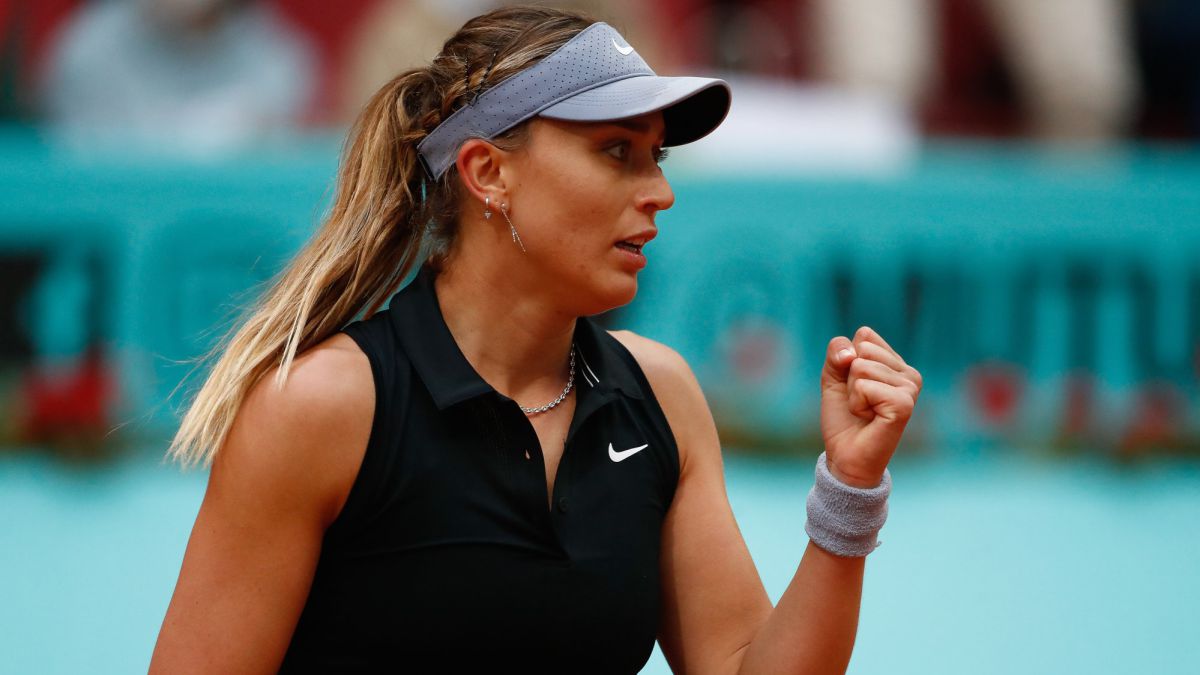 After to win Monday to Anastasija Sevastova and get into Mutua rooms, Paula Badosa published three tweets almost followed that they came out of the soul. “I love you, Madrid “, said the first, accompanied by a video in which he was seen kneeling on the clay of the Manolo Santana with tears in the eyes. “I’m feeling all your support. Thanks from my heart. Come on, Javier Martí (his coach), “he put in second.” Never stop fighting. Thanks to everyone who has been supporting me until the last moment. I love you, “he wrote in the last one. This is how he summed up what he felt, the communion that was born with the public of the capital So what today you will feel again in its match against Belinda Bencic at 11:00 on the track named after another fighter like her, the legendary Arantxa Sánchez Vicario.

The point is that a great opportunity has opened up for Badosa to do something important in this WTA 1,000 for the results that have been produced by your side of the picture. To his next rival the won the past April in Charleston, where he also got down to number one, Ashleigh Barty. So you can dream of reaching the semi-finals and why not go further. Although the another crossing of rooms is the upper part they play it Barty and Kvitova, three times champion in Madrid.

“A year and a half ago played ITF tournaments and she was fighting to get into the top hundred. It is true that I was seen with a future but I did not believe it, I didn’t see myself there. Now I’ve had a very good year. I was working for it but deep down I didn’t expect that to come. I have had very difficult times and for me that everything that is arriving means a lot, “said Paula, who will be top-50 if he beats Bencic. “These players have more experience at this stage. I will have to play at a high level, “he assumes. You win is not lacking.

Netanyahu gives up forming a government

Interim reports Sanoma grew, but the result was a loss of more than EUR 20 million

Tremendous anger from Piqué to his teammates: “We don’t even fight when they steal! We don’t give two passes!”