Background fight in the war for schools: Carlos Zannini and Patricia Bullrich went to federal justice 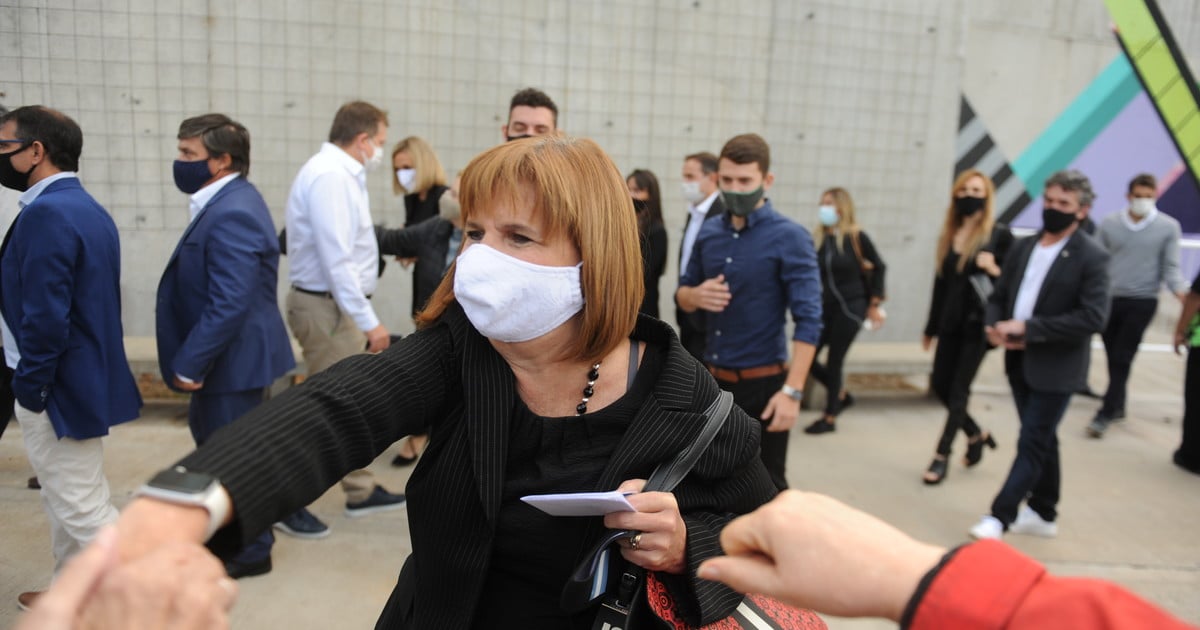 The opening of the schools was completely judicialized. In addition to the proposal of the Buenos Aires government before the Court, and the protection that the Buenos Aires justice accepted to keep the classrooms open, there are two opposing presentations in the same jurisdiction: the Federal Administrative Litigationl. It is there where Carlos Zannini, the Treasury Attorney, wants the discussion to remain rooted, and it is also where, in a kind of response to that question, the President of PRO Patricia Bullrich asked that educational establishments be kept open.

In an unusual scenario, three different judicial instances were involved to pronounce on the provisions of President Alberto Fernández in the DNU last week. More specifically, what is supported by article 2, which ordered the suspension of face-to-face classes for fifteen days.

In Buenos Aires justice, the Contentious Administrative jurisdiction of the City was pronounced this Sunday. Chamber IV of the Appeals Chamber ordered the Head of Government Horacio Rodríguez Larreta to guarantee the delivery of face-to-face classes from this Monday.

For the national government, which harshly criticized the judicial decision, the situation does not have to be resolved in that instance. It maintains that the Buenos Aires Justice does not have jurisdiction to issue itself on the provisions of the DNU that, they understand in the Casa Rosada, it does not establish educational policies but health policies in the midst of a pandemic.

Where does the State want the matter to be discussed? In the Contentious Administrative jurisdiction, but Federal. They do not trust the Buenos Aires Justice, since they point out that it is influenced by the head of the City Government.

To achieve the change of jurisdiction, the Treasury Attorney presented a letter on Monday asking that the entire debate on the opening of schools go to the Federal Administrative Litigation.

A fact: the administrative litigation intervenes every time there is a lawsuit against the State, be it national or provincial. And in addition, it is responsible for resolving claims of unconstitutionality.

That is why two non-governmental organizations went to the Buenos Aires court requesting the suspension of the DNU article that temporarily suspended face-to-face classes, and also claiming that the Decree of President Alberto Fernández is declared unconstitutional.

As head of the state attorneys, Zannini requested the lifting of said measure, -that is, that the schools be closed for fifteen days- and considered that the Buenos Aires justice ruling must be annulled “due to lack of competence, in addition to not meeting the requirements for its issuance and the Resolution being an act of extreme institutional gravity that puts general health at risk “.

Under the same argument, Zannini stated that the resolution of Chamber IV of the Buenos Aires Litigation Chamber is of “institutional gravity and legal scandal that these actions mean, considering that, this implies the suspension in a local jurisdiction of regulations of a federal nature, unheard of part, affecting the power of the health police in the framework of an international health emergency “.

This proposal has already been drawn and was settled in the court in charge of Esteban Furnari.

In the same jurisdiction, but in another court An argument contrary to that of Zannini was settled. In this case, it was presented by the president of the PRO and former Minister of Security, Patricia Bullrich, and was in charge of the magistrate Pablo Gabriel Cayssials.

Bullrich requested that the ruling of Chamber IV, made up of judges Marcelo López Alfonsín, Nieves Macchiavelli and Laura Perugini, remain in force. Macchiavelli is the sister of Eduardo, Buenos Aires Secretary of the Environment and Rodríguez Larreta’s right hand in the national political army.

In her proposal, the former macrista official asked that the DNU be declared unconstitutional presidential and insisted on endorsing the measure dictated by the Buenos Aires justice, that is to say that the schools remain with face-to-face classes.

The main argument consists of the “unconstitutional incursion of the Executive Power in matters that the provinces and the CABA have not delegated to it and that, therefore, they keep to themselves, such as the hours of industries and businesses, the way in which they should attending to the public or the organization of schooling. All of these are issues that, according to the Constitution – the amparo maintains – must be regulated by the provinces or municipalities, whose autonomy, also guaranteed by the Constitution, is being overwhelmed ” .

The same arguments are used in the brief to discuss the prohibition of attendance at classes, “a matter inherent to the regulation of the provinces and the CABA,” said Bullrich in his statement.

The US awaits the verdict on the death of George Floyd

The United States will reduce its emissions during this decade

In the Czech Republic, the economy was allowed to deteriorate due to possible sanctions from Russia