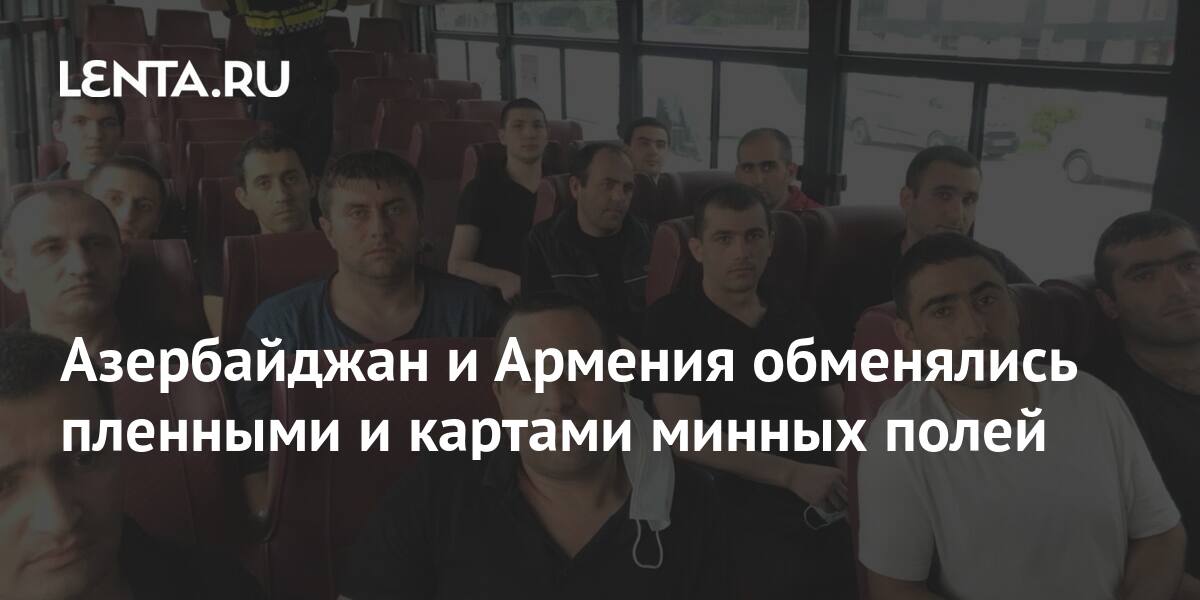 Baku handed over 15 Armenian prisoners to Yerevan, reported at the Ministry of Foreign Affairs of Azerbaijan. They were released after Armenia provided maps showing the location of 97,000 anti-tank and anti-personnel mines in the Aghdam region.

The ministry said in a statement that obtaining mine maps would save the lives of tens of thousands of Azerbaijani citizens, including mine clearance specialists, and accelerate reconstruction projects in Aghdam, initiated by Azerbaijani President Ilham Aliyev, and the return of internally displaced persons. The ministry also added that the Georgian government helped in carrying out such an action.

As “Sputnik Armenia” writes with reference to the acting Prime Minister of Armenia Nikol Pashinyan, the transfer of prisoners took place at the Azerbaijani-Georgian border with the assistance of Tbilisi officials.

On June 8, Pashinyan offered Azerbaijani President Ilham Aliyev to take his son Ashot in exchange for all the Armenians who remain in captivity. He responded to the reproaches of former presidents Serzh Sargsyan and Robert Kocharian, whom he described as pimps. Later, acting Prime Minister ordered to start exchange negotiations with Baku.

On November 9, 2020, Azerbaijan, Armenia and Russia signed a trilateral statement on a complete ceasefire in Nagorno-Karabakh. The parties remained in their positions, agreed to exchange prisoners and bodies of the dead, Baku occupied three disputed areas, and Russian peacekeepers were sent to the region. Azerbaijan regarded the results of the war as a victory.