Ayuso’s hoaxes and his doubts about vaccines muddy the campaign

Vaccination is already the central issue of the Madrid campaign. The president of this community, Isabel Díaz Ayuso, blamed the central government for any delay, despite the fact that the numbers of immunized in Madrid are lower than other communities. Ayuso said he did not know how many doses Madrid is going to receive “from the Government.” The Ministry of Health assured EL PAÍS that there is no problem with the arrival of doses next week in Madrid, both from Pfizer and AstraZeneca and Moderna. Ayuso has turned baseless accusations against the central government into a fundamental campaign strategy.

“We do not know how many doses we are going to receive from the Government next week. And since no more arrive, we are going to have to stop vaccination in the big centers ”. With these words, the president of the Community of Madrid, Isabel Díaz Ayuso, insisted on Friday in the controversy of the alleged lack of vaccines that has been agitating for weeks and for which she blames the President of the Government, Pedro Sánchez.

The Government is very upset by these accusations without proof, which derive La Moncloa any responsibility for the failures in the management of the pandemic in Madrid, something common in Ayuso’s strategy. “This is not funny, it is a pandemic,” they point out from the Executive in response to what they consider one more frivolity of Ayuso when launching accusations without basis to shake off any responsibility. Madrid has accelerated vaccination in recent days, but has reached more than 20 points behind other communities governed by the PP, and also highly populated, such as Andalusia. The Government is outraged by what it considers an electoral use of an issue such as vaccination with data that are not supported. 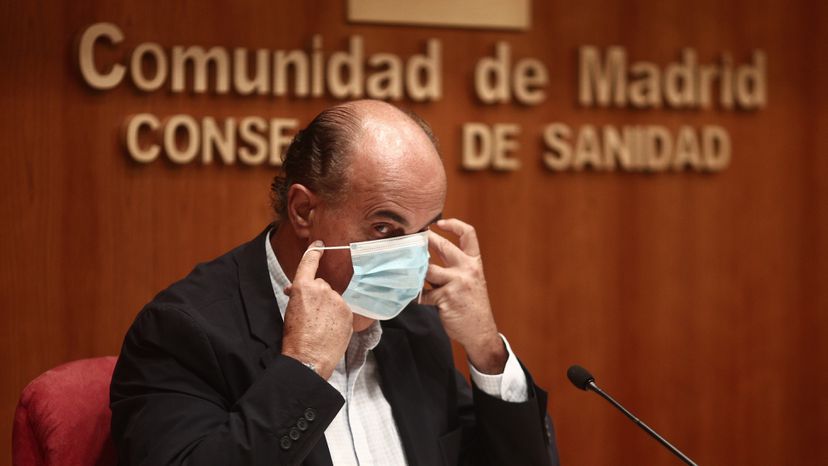 In video, the deputy minister of Public Health and the Covid-19 Plan of the Community of Madrid, Antonio Zapatero, assures that they will be forced to close large vaccination centers due to the lack of doses.(EUROPA PRESS)

A spokeswoman for the Ministry of Health assured this Friday that there is no problem with the arrival of vaccines for next week and Madrid will have the planned ones: Pfizer will arrive on Monday, AstraZeneca on Tuesday and Moderna will do so throughout the week. “If the vaccine depended on me, 100% of the people in Madrid would already be protected,” the Madrid president also ventured this Friday. No country or region in the world has reached that level of immunity. Israel, the country with the most vaccinated people in the world, has applied the two doses of the serum to 56% of its citizens, and the United Kingdom, the most advanced in Europe, has only 12% of its inhabitants with the full schedule.

The deputy minister of Public Health and the covid-19 plan of the Community of Madrid, Antonio Zapatero, said at mid-morning at a press conference that “more than 8% of the population has already received the two doses.” The deputy counselor estimated at 1.6 million the doses that have been injected in the region until last Thursday afternoon.

Outpatient clinics, hospitals and mass facilities – such as the WiZink Center, the Wanda Metropolitano or the Isabel Zendal Hospital – are the spaces where immunization is being carried out. However, the regional Executive is considering the possibility of closing the mass vaccination centers next week if the only vials that reach them are the 157,900 doses of Pfizer that, until this Friday and according to their version, the central government has communicated to them.

The Ministry of Health insisted this Friday that there is no problem with the arrival of vaccines for next week. “On Tuesday they get AstraZeneca and Moderna plays every 15 days, that is, this week,” explained a spokeswoman. And, according to the Health Director’s enumeration, in addition to these deliveries, the community maintains a reserve this week of 29,000 doses of Moderna and “it would not reach 3,000 from AstraZeneca and around 100,000 from Pfizer.”

In La Moncloa they insist that vaccination is being developed throughout Spain by age groups and vulnerable groups to progressively cover all age groups. “The items that are being received are known to the communities,” insists the Executive, whose objective is to have 70% of the Spanish population vaccinated in August (33 million people).

Regarding Díaz Ayuso’s proposal that private companies participate in the acquisition and administration of vaccines to their workforce, the Ministry of Health has indicated that in no case has this possibility been considered. And it recalls the importance of the Agreement of the States of the European Union, by which these States undertake not to initiate their own purchasing procedures with those vaccines subject to negotiation by the European Strategy.

That of the vaccination was not the only front that Ayuso opened this Friday in mud to which the electoral campaign is descending. In the afternoon, the candidate of the Popular Party attacked the ratification of the agreement between the central and Basque governments for the transfer of prisons, which makes Euskadi the second Autonomous Community after Catalonia to have such powers.

“The Government gives more autonomy to the Basque Country so that after the Madrid elections begin to pardon the ETA prisoners,” said Ayuso, always focused on opposing the Government of Sánchez, Juan José Mateo informs. Competition in prison matters does not enable an autonomous community to grant pardons. The campaign is increasingly focused on the tension between Puerta del Sol and La Moncloa.

Cádiz takes a lot out of the last half hour