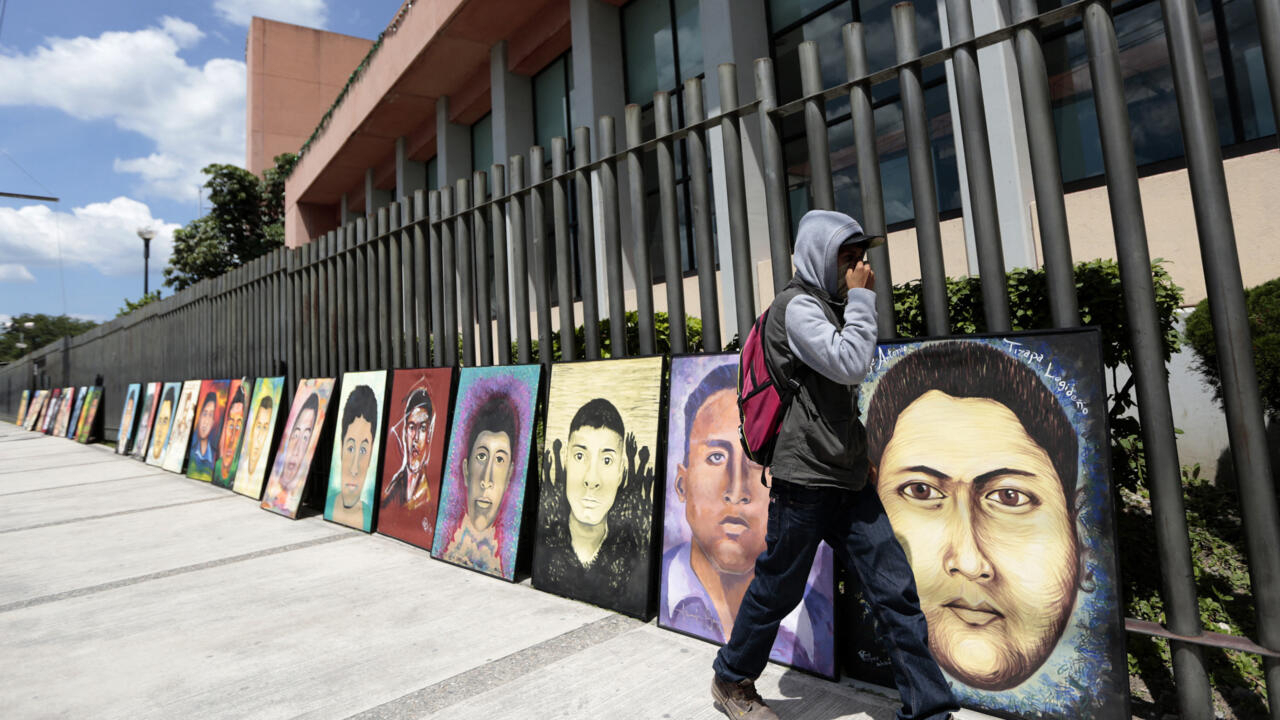 The agency presented a preliminary report in which it maintains that authorities at all levels were involved in the disappearance of the 43 students. In addition, the group noted that there is no indication that the disappeared are alive.

The presentation of the preliminary conclusions of the report was in charge of Alejandro Encinas, Undersecretary for Human Rights of the Government of President Andrés Manuel López Obrador and under whose mandate the commission was created.

“The disappearance of the 43 students from the Normal Isidro Burgos de Ayotzinapa on the night of September 26 to 27, 2014 constituted a State crime in which members of the Guerreros Unidos criminal group and agents from various institutions of the Mexican State participated,” he pointed out. .

According to the investigations, “federal and state authorities of the highest level were omitted and negligent.” The report indicates that they “alter facts and circumstances” in order to vary the final result of the investigations.

The undersecretary stressed that “their actions, omissions and participation allowed the disappearance and execution of the students, as well as the murder of six other people,” referring to the leaders and with reference to the army and internal order forces.

There is also no indication that the students are alive, according to preliminary findings. The investigations also show that they were never together on the night of the events, Encinas emphasized.

An infiltrator among the normalistas

The official also made it known that the army had an infiltrator among the normalist teachers, for which he maintains that members of the public force knew what was happening with the students. Despite this, Encinas stressed that the military’s superiors did not carry out a search to find his whereabouts. So far there is no trace of his whereabouts.

According to the high official, if the search for the uniformed man had begun, the whereabouts of the 43 young people would have been found.

See also  Junker | "You can do better", Annika Saarikko teased Petteri Orpo in Yle's A-talk - this can have wider effects

What happened to the 43 from Ayotzinapa?

The 43 students disappeared in September 2014, when they were on their way to a demonstration in Mexico City. The Executive at that time, headed by Enrique Peña Nieto, pointed out that the young people were handed over to the Guerreros Unidos cartel, and that they were murdered and their bodies incinerated in the Cocula dump. According to this version, their bodies were thrown into the San Juan River.

This reconstruction is known as the “historical truth”, but the current government of López Obrador has repeatedly denied this story, as have independent experts and the Attorney General’s Office.

The Inter-American Commission on Human Rights (IACHR), through its Interdisciplinary Group of Independent Experts (GIEI), argues that the bodies could not have been burned in the dump. However, recovered and burned bone fragments have been used to identify three of the missing students.

On the other hand, Undersecretary Encinas revealed that Tomás Zerón was offered a deal in exchange for information about the case. Zerón is the highest official implicated so far in the investigation, and is accused of torture and forced disappearance.

He fled to Israel and Interpol issued a red notice against him since 2020, for which he is wanted by the world’s police. At the time, Zerón supervised the criminal investigation agency of the Attorney General’s Office. He is considered the author of the Peña Nieto government’s version of events.

Total puts on a sustainable jacket, but oil comes first

A new name, a new colorful logo and above all: a new strategy. At least, that was the promise when...

Violent fight between fans in Guatemala: injured and arrested