Axel Kicillof: ‘If you submit me to a CT scan you will not find an atom of neoliberalism’ 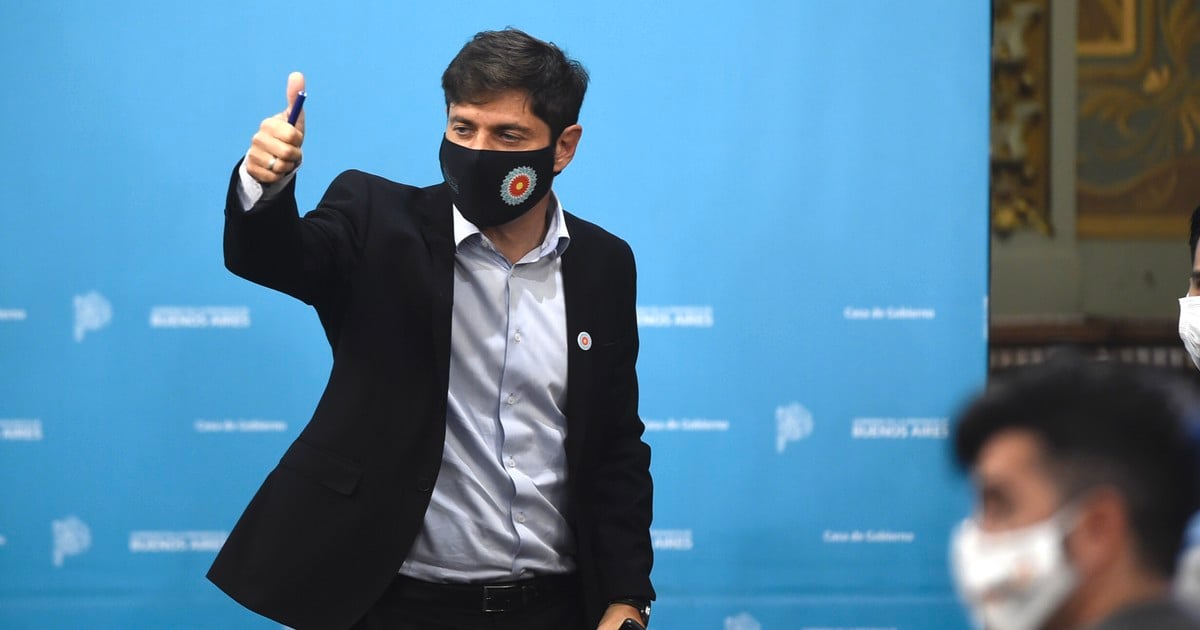 Axel Kicillof defined himself as someone who has no “an atom of neoliberalism” to contrast, he said, with the positions of María Eugenia Vidal and Mauricio Macri of Juntos por el Cambio.

He said it in an extensive interview with Radio Provincia by the Journalist Day. It was a transmission that in turn was connected to different radio stations in Buenos Aires towns whose journalists were asking questions of the Buenos Aires governor.

“We have a project for the Province that is exactly contrary to what the PRO proposed from Vidal and Macri; That is clear and it is what the great majority of Buenos Aires voted for. We believe in production, work, health, education “, Kicillof added.

And then he qualified himself. “If you put me in for a CT scan you won’t find an atom of neoliberalism“He wanted to oppose the opposition.

“There are political differences, but that is the game of democracy, it does not mean that we are not willing to chat and reach points of agreement, “Kicillof added.

The unfeasibility of the Province and the “joystick”

Likewise, Kicillof understood that the Province of Buenos Aires “it was ruled for a long time by remote control” for what he claimed from his management the search for “greater identity” for the Buenos Aires capital.

Even said that now in the newspapers It is pointed out, for example, that ‘there are many decisions that are taken from La Plata and it is a novelty “, although he clarified that this recognition of the headquarters of the provincial capital does not imply a proposal against the national Government:” On the contrary, we get along perfectly well “, He said.

In this sense, the president understood that the discourse that “the Province is unviable” has been installed and that “The unfeasible thing is to try to control it with a joystick.”

In this context – and in reference to the local media in Buenos Aires – Kicillof questioned the “Buenos Aires press” which he called “ruthless” and of “reaching the limit of lies.”

“They are not national media; they are Buenos Aires media basically because they are fundamentally dedicated to show Buenos Aires virtues and Buenos Aires problems. The previous governor was treated differently. There they, “he said.

.One of the questions was about the construction of “Houses of the Province” in 134 municipalities, an issue that generated controversy in recent weeks and that happened to be denounced by the opposition as the “mini-governorates”, that is to say, an attempt to condition the task of the mayors.

“In the Buenos Aires legislature, the ‘Houses of the Province’ were voted unanimously in the Budget. To my surprise, some have little memory. I don’t know if they didn’t read it, They changed their minds or we are in an election year, but there is a tendency to complain and criticize everything“, questioned the governor.

The 2021 budget approved by the Legislature contemplates slightly more than 12 billion pesos for the first part of this program. The final calculation determines another future disbursement of 46 billion according to official estimates to take the delegations of the Government to each of the heads of the Province, with the exception of La Plata, where the head of the State of Buenos Aires works.

He added: “They have put ‘mini-governorships’ with derogatory intention. The idea is to centralize the bureaucratic issue to make it effective; add functions to it; to put a Government that is closer in the most remote corners; add procedures so that they can be done locally; save money on rentals since the Province spends 1,500 million pesos for different buildings “.

He concluded: “I almost enjoy being criticized for no reason because I can’t find any fault in it. And it will give construction work. I can’t understand how someone didn’t come up with it before. ”