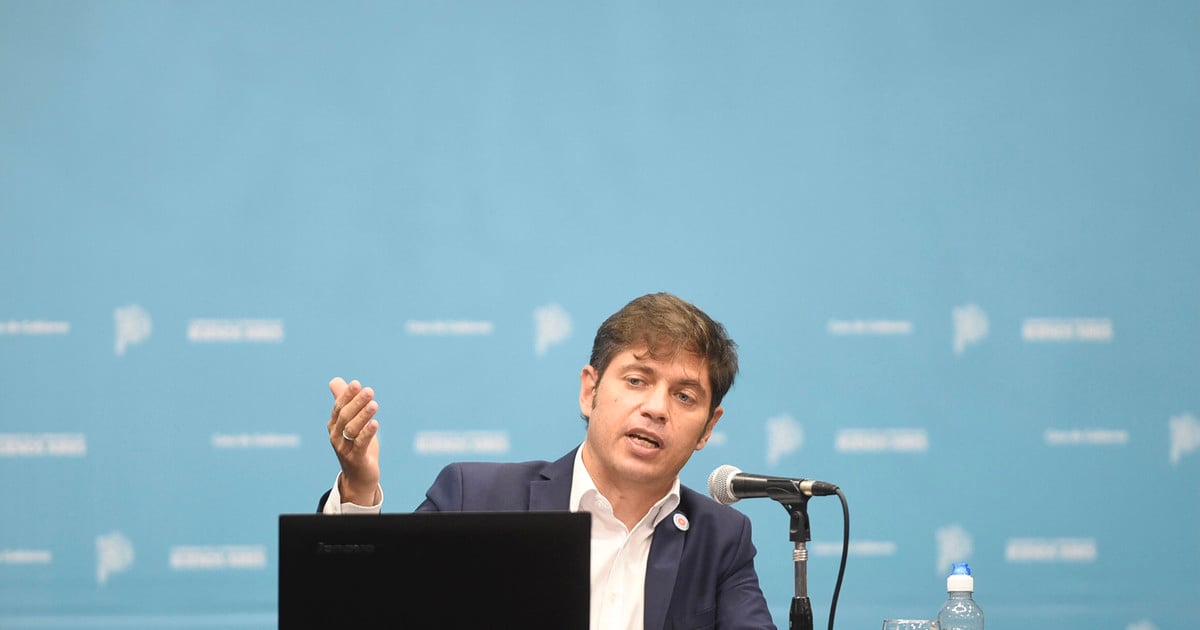 The governor of the province of Buenos Aires, Axel Kicillof, will lead a press conference this Thursday in which he will provide details on the epidemiological situation and will announce the prevention measures that will be adopted in Buenos Aires territory in the face of the increase in coronavirus infections.

The conference will take place at 9 am in the Golden Room of the Government House, sources from the Executive Branch reported.

On Wednesday at noon, Kicillof held a meeting by videoconference with the mayors of the municipalities that make up the AMBA and told them that the Province would accompany the decisions made by the National Government to prevent the spread of the coronavirus.

“Today we have a higher level of positive cases and a higher growth rate than we saw during the first wave and the reappearance of January, “said the governor during a videoconference meeting he held with the mayors of the municipalities that make up the AMBA.

The president explained that from the conversations with the committee of specialists, they identified that some of the causes “are linked to the flexibility of protocols and care and increasing mobility in public transport “.

“It can also be enhanced by the appearance of new strains of the virus that are more contagious, which is why an effort is needed to avoid saturation of the health system,” he said.

According to official sources, Kicillof informed the communal chiefs about the latest conversations held with the National Government and the authorities of the Autonomous City of Buenos Aires (CABA) in order to mitigate the impact of the second wave of Covid-19 while the vaccination campaign.

“During the meetings we raised our concern about the explosive growth of cases, since we have observed an exponential process in which infections double every ten days, “he added.

In a televised message, President Alberto Fernández announced that the “group trips” and that in the areas of greatest epidemiological risk the night circulation from 0 to 6.

The head of state affirmed that the meetings in private homes and to fresh air for more than 20 people, bingo halls and discos will be closed and bars and restaurants must cease activity at 23.

Nor can sports activities be carried out indoors and in the AMBA the use of public transport will be reserved for essential workers and the educational community.

The measures will enter into force on first minute of friday and they will extend until the next April 30th.

Five great enigmas of the coronavirus still to be solved

Coronavirus: teleworking for the national public administration is extended until Friday