Average salary in Ukraine rose to a record level 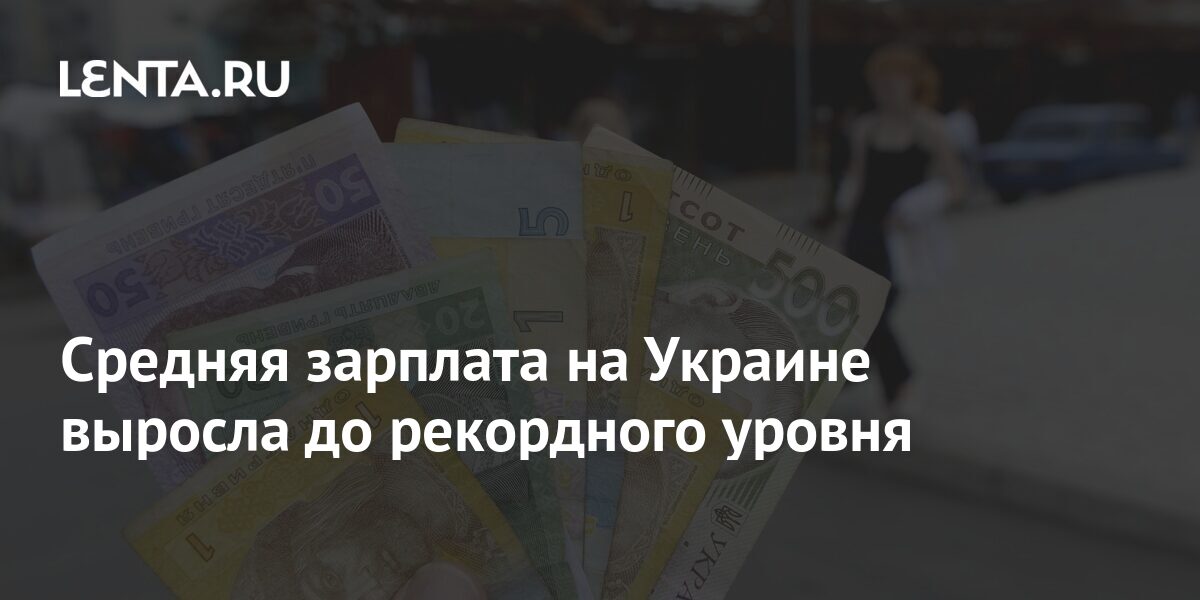 The average nominal salary of a full-time employee of Ukrainian enterprises, institutions and organizations in June 2021 amounted to 14,313 hryvnia, that is, about 39 thousand rubles, or $ 530, which is 2.4 times higher than the level of the minimum wage. reported State Statistics Service of the country. Compared to May, the average salary increased by 6 percent, and at an annual level, the growth was 23.6 percent.

According to the ministry, this is a record high level in history. The highest salaries are in Kiev, where they average 14,679 hryvnias, the lowest are in the Kirovograd region (11,497 hryvnias).

According to information Rosstat on the average monthly nominal salary in Russian regions, in 2020, a level comparable to the current Ukrainian level was recorded in the Southern Federal District (36,620 rubles), the Volga Federal District (36,975 rubles), and slightly lower in the North Caucasus (32,020 rubles) … In general, in Russia, according to the latest May data, the average monthly indicator reached 56,171 rubles. In Belarus, the nominal average wage in June made up 1433.4 Belarusian rubles (about 42 thousand Russian rubles).

Ukraine in 2020 turned out to be the world leader in the growth of minimum wages, the indicator increased by 27 percent and reached $ 171 per month. In Russia, this level was lower at $ 146. The experts who made the list were guided by net salaries, that is, the amount that an employee receives after paying taxes.

The half hour that makes the difference | FormulaPassion.it

Man (18) confesses involvement in fruit trade attacks: ‘We are lucky that they survived’ | Inland