Auto Parts Engraving Cost Rises 40%: What It Is And Who Should Do It 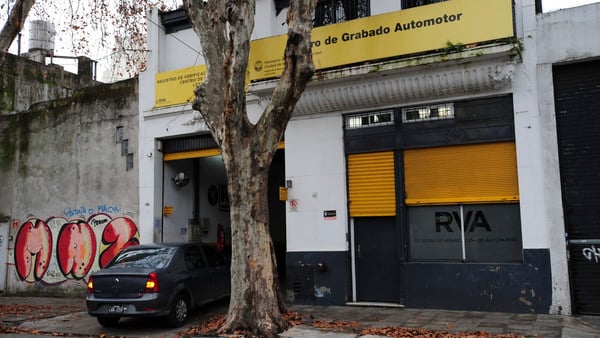 From February 1, the auto parts engraving It will be almost 40% more expensive: the cost of the procedure, mandatory in the City, will jump from $ 1,800 to $ 2,500. It is a one-time operation that consists of the recording of the license plate on the doors, the hood and the trunk of the vehicle.

The increase was fixed by a resolution of the Ministry of Justice and Security of the City, published this week in the Buenos Aires Official Gazette.

Since 2011, it is mandatory engrave the patent on all four doors, hood and trunk of the vehicle. And if it’s a two-door car, on the front door stud. The measure was ordered by law 3,708, which created the Registry for the Verification of Auto Parts within the Undersecretary of Public Safety.

This procedure must be carried out by the owners of both new and used cars based in the City. It is a requirement mandatory to pass the Vehicle Technical Verification (VTV). It is also for transferring a vehicle. And it is essential to be able to go out on the road.

Having the auto parts recorded is one of the requirements for viewing the VTV. Photo Emmanuel Fernández

Still, its compliance at first was spotty. This changed in the last few years and now 70% of the Buenos Aires vehicle fleet has already gone through this procedure. Of the 1,543,000 vehicles located in the City, 1,088,288 are recorded. Just over a year ago, the compliance rate was 60%.

Since 2016, a fine of 150 Fixed Units has been charged to those who do not have the parts of their vehicle recorded. At present, the penalty equals $ 5,850.

The engraving was implemented with two objectives. One of them is discourage vehicle theft for later scrapping and sale of parts. The other is to regularize the activity of businesses that sell auto parts, which must be entered in a register.

The goal of auto parts engraving is to discourage theft of vehicles for later scrapping and sale of parts. Photo GCBA

It is a management that is done for only this time in the useful life of the vehicle, except in the event of an accident that requires the replacement of any of the engraved parts. If that happens, the affected auto part is re-recorded free of charge.

To do the procedure you have to ask for an appointment Web way or by calling 147 to go to one of the authorized workshops. On the agreed day and time, the owner of the vehicle or a person authorized by him must present himself with the vehicle and personal documentation (title deed or green / blue card and ID).

Do the process takes about 20 minutes, between the administrative part and the engraving itself. This is done with an electromechanical gun, which performs an inviolable micro-punch that marks the auto parts indelibly. In addition, a sticker is placed on the back of the vehicle indicating that it is engraved.

The payment of the fee is made directly at the workshop, where they deliver a wafer to place on the windshield and a form that certifies that the procedure was completed. Also in the workshop, the vehicle is entered in the unique database of the Autopart Verification Registry.

Italy. Facing the ‘Ndrangheta, the repentants and the state

Official internal for corruption: Julio De Vido and Luis D’Elia crossed Sergio Massa and linked him to the sale of Edenor and business with chlorine

Vip vaccination: the laboratory that was left out of the negotiation with Russia denounced Ginés for influence peddling