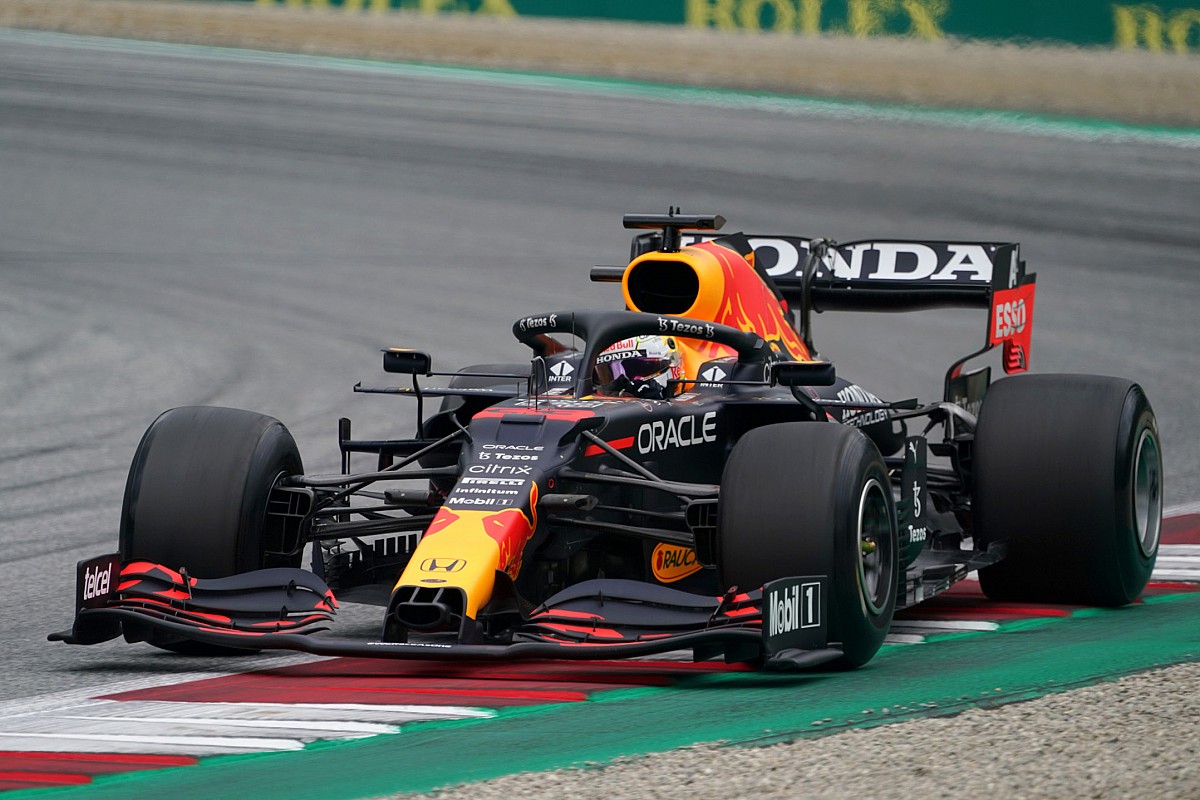 Max Verstappen replicates last week’s success and collects his fifth victory of the season in the Austrian GP, ​​the third in a row in front of an orange crowd tributing to the packed grandstands of Styria.

The Dutchman brings the lead in the drivers’ championship to 32 points over Lewis Hamilton and leaves Spielberg with the awareness of an even embarrassing superiority over the Mercedes, to the point that he can allow himself an extra pit stop and then shoot the fastest lap in 1’06 “200 on lap 60 which earned him a Sunday to frame after starting from pole. And they did well to call him back in the pit lane because a cut was found on the right rear tire due to the slightly Garibaldi use of the curbs.

Lewis Hamilton knows something about it who had to fight with Lando Norris to climb to second place, but then the world champion finished twice wide and on the curbs he broke the bottom that prevented him from holding the right pace: the English first was ordered by the team to give way to his teammate, Valtteri Bottas and then gave in to the return of Lando Norris who at the pit stop had served a 5-second penalty for having accompanied Sergio Perez in the sand at turn 4 during the lap 4. Hamilton seems to have lost his magic touch, almost as if he felt the effects of a car, the W12, which was born “wrong”. The advantage of the black arrow vanished and his ability to drive over problems vanished, so much so that he had to digest a team order: in the recent past that would never have happened. But this too is a sign that comes two days after the two-year contract renewal.

The world championship has clearly taken the turn of Red Bull which does not show any weaknesses on any track, while Mercedes does not seem to have the pace to counter the pace. To save the honor it’s up to the mistreated Valtteri Bottas who takes a second place useful to keep the battle open in the Constructors’ World Championship, while on the podium (the fourth career) Lando Norris climbs. The Englishman of McLaren is no longer a surprise: the race confirms the splendid performance in qualifying that had questioned Verstappen’s pole.

The novelty of the Austrian GP is that McLaren is hooked to the top teams: Norris could have aspired to the place of honor if he had not been penalized by 5 seconds for having accompanied Perez in the gravel, because he came within two seconds of Bottas. Little by little the Woking team is climbing the slope to return to Olympus: on the fast circuits the MCL35 M seems almost better than the W12 afflicted by some dark evil that not even Brackley understands.

Hamilton finished fourth closer to Carlos Sainz’s Ferrari, fifth, than Norris’s McLaren. Ferrari straightened out the bad qualifying with a good race: the Spaniard who started tenth (thanks to the relegation of Vettel) managed to precede by seven tenths the foul Sergio Perez who twice put Charles Leclerc in the sand when the Monegasque was leading at the end of the overtaking on the second Red Bull. The Mexican took two 5-second penalties, after being the victim of Norris’ severe attack early in the race.

The Scuderia diversified the strategy (Leclerc with the media and away, (Sainz with the hard) and in the end Carlos benefited from it who was able to manage the hard tires with which he started very well, and then with the mediums he made protagonist of a splendid attack on Daniel Ricciardo who earned him sixth place on the track, who later became fifth due to the just penalty of Perez.

Charles Leclerc has to settle for eighth place after being a great fighter in overtaking. The two close encounters with Perez undoubtedly penalized him, otherwise he could have grabbed the McLaren, which extends again in the battle for third place in the Constructors.

This time Ferrari did not undergo the dubbing, showing a much more competitive pace in the race than last week. The lesson obviously served, but it is clear that the SF21 must choose whether to focus on qualifying or on the race, because the two things together are not successful.

The points zone is completed by Pierre Gasly ninth with the AlphaTauri and the steadfast Fernando Alonso tenth with the Alpine. The other A521 left the stage on lap 1 when Esteban Ocon got stuck in a sandwich between Antonio Giovinazzi and Mick Schumacher. He gave us a suspension and was forced to retire, causing the safety car to enter.

George Russell also did a good race, who at the end saw Williams’ first point of the season vanish. Kimi Raikkonen’s contact with Sebastian Vettel on the last lap is inexplicable: the Alfa Romeo driver touched the German’s Aston Martin who had passed him as if he hadn’t seen him. It is the second time after Portimao with Antonio Giovinazzi. Bad sign …