Austria Sebastian Kurz was Austria’s favorite son-in-law, but now he is compared to Orbán and Trump – a new uproar shows how Kurz rules the country with his close circle, and soon the chancellor can get a criminal conviction 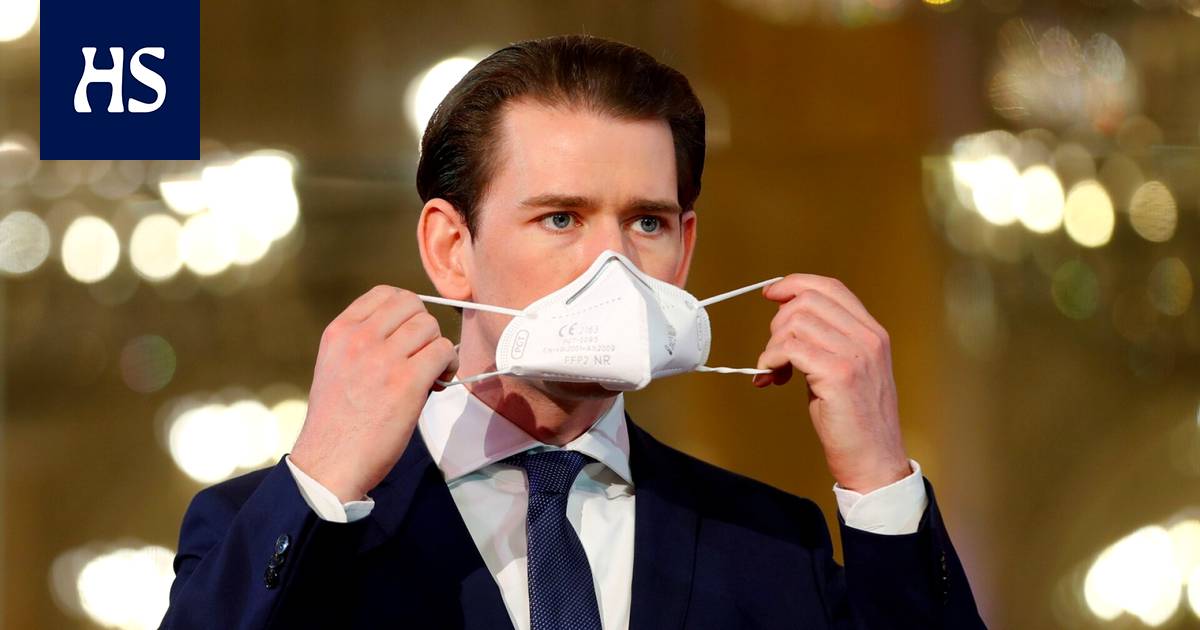 “You get everything you want, ”wrote the Austrian Chancellor Sebastian Kurz March 13, 2019. The message was followed by three kissing emoticons.

“I’m so happy :-))) I love my chancellor,” he replied Thomas Schmid, who was Secretary of State in the Ministry of Finance at the time of the communication.

Schmid had been concerned about whether he would gain enough power when he became director of the state-owned holding company ÖBAG. Schmid was selected through an open search for a major position several months after communication.

ÖBAG manages state holdings in listed companies. The value of the holdings is approximately EUR 27 billion.

These and numerous other messages have been at the center of the uproar that has exposed the corruption of Austria’s most influential politician, Chancellor Kurz and his insiders.

Scandal comes from the Ibiza outcry, which a couple of years ago overthrew the government of the Kurz-led conservative People’s Party ÖVP and the right-wing populist freedom party FPÖ.

The case is still being examined by a parliamentary committee of inquiry, the Ibiza Committee. ÖVP politicians as well as senior officials were called to testify before the committee and had to hand over their phones for investigation.

Through this, text messages were revealed and little by little attention has been drawn to the ÖVP and in particular to Chancellor Kurz and his trustees, whose criminal suspicions are now being investigated.

Mr Kurz’s suspicions relate to the fact that he had previously stated in a committee hearing that he was unaware of the position promised to Mr Schmid as ÖBAG’s director and that he had no role in the appointment. The messages suggest otherwise.

Therefore, Kurzia is suspected of making an untrue statement under oath. The case is being investigated by an Austrian corruption prosecutor.

Of the year In the 2019 parliamentary elections, Kurz promised to break deep into the roots of Austrian politics Freunderlwirtschaftin, corrupt insider cow shops. However, the scandal has collapsed the popularity of the charismatic Kurz, called the favorite son-in-law, says Austrian political professor Reinhard Heinisch From the University of Salzburg.

“During the pandemic, Kurz’s popularity was 40 percent, but in May, support surveys have been 28 to 33 percent,” Heinisch says.

However, the figures are still remarkably high. However, Kurz is no longer the most popular public figure in the country.

Heinischin according to Austrian politics, corruption has its roots in the 1920s. At the time of the First Republic, the left and the right were in dispute, which eventually led to dictatorship and later German occupation.

The events traumatized the country’s political culture, which was set to be rebuilt around consensus and compromise after World War II.

“This led to things being settled behind closed doors so that the left and right would not get into disputes.”

It also became customary for a ruling party to seek to have people loyal to its party as officials. ÖVP in particular has wanted to take over the judiciary.

Two judges of the Constitutional Court have also been involved in the scandal, Wolfgang Brandstetter and Christian Pilnacek. An investigation of the phones revealed that Brandstetter and Pilnacek had written racist and sexist messages about the court’s dark-skinned female judge. In addition, they are suspected of sharing confidential information with each other.

Both judges have close ties to ÖVP and Kurz.

Heinisch sees in the development of the ÖVP much the same as in the US Republican Party. As is the former president Donald Trump, Kurz has managed to get loyal people inside the party and a lot of support without which the ÖVP could not succeed.

In order to gain power, Kurz once blackmailed the ÖVP by forming a new party if he did not get to lead the ÖVP. Since taking the lead, Kurz has elevated people loyal to himself to significant positions.

“Kurz created the party inside the party. There has been a lot of conflict within the ÖVP over the removal of traditional conservatives from office and the allocation of seats to new conservatives, ie Kurz’s neighbors, ”says Heinisch.

“Kurz has made himself independent of the party. It is a source of power and now we can see how it has been kept together. ”

Kurz’s close circle seems to have handled dirty laundry on behalf of the Federal Chancellor, which has been rewarded with promotions. For example, in 2019, as Secretary of State in the Treasury, Thomas Schmid had threatened the Catholic Church that the ministry might begin to investigate the church’s tax benefits. At the time, the church had publicly criticized Kurz’s plans to change immigration laws.

Schmid reported the meeting to Kurz by message. The Chancellor replied:

Kurzin According to Heinisch, those close to management positions are neither skilled nor very popular according to support measures. That is why Kurz has recently chosen technocrats for the positions.

Thomas Schmid also suffered from a lack of expertise. The messages revealed that, as State Secretary, he had been involved in drafting the job application for the ÖBAG director. In the message, Schmid says that international experience cannot be required as a requirement because he has always worked in Austria.

However, Schmid had the advantage of being a “family,” like the Attorney General Gernot Blümel wrote to Schmid in a message.

Blümel is also suspected of corruption: the messages indicated that Blümel may have received a donation from the Austrian gambling company to ÖVP in exchange for Kurz’s assistance in the company’s tax problems in Italy.

The scandal is full of special details. Blümel is suspected of having received a hint of a home search, and it happened that at the same time, Blümel’s wife went for a walk with the couple’s small child.

Blümel’s computer was included in the stroller. As a result, the plane was not seized for investigation.

Hungarian Prime Minister Viktor Orbán (left) has increasingly transferred power to himself and his neighbors over the years. Orbán and Kurz are friends, according to media reports. Picture: Joe Klamar / AFP

Last times Kurzia has been compared to the Hungarian Prime Minister Viktor Orbániin and Donald Trump. Following the revelation of a corruption investigation against the Federal Chancellor, Kurz attacked the judiciary. According to him, mistakes have been made in the investigation, the people conducting the investigation should be replaced and there is a media chase behind everything.

“Kurz is like Orbán. He has many traits that, under the right circumstances, Kurz could lead Austria to a democracy like Hungary, but that is not possible at the moment. Democracy is stronger in Austria than in Hungary. ”

According to Heinisch, Kurz uses similar tactics as Orbán and Trump.

“Kurz is a master of communication.”

The parables are pertinent in the sense that Kurz has ties to both. Kurzia and Orbánia have been invited as friends. Kurz also once opposed the separation of Orbán’s Fidesz party from the EU parliamentary group.

Austrian leaders do not usually get long meetings at the White House, but while in Washington, Kurz had a long dinner with Trump and his entourage.

As the world’s youngest head of state, Kurzia, 34, has been seen as an example of a modern-day conservative. It is of interest all the way to foreign countries.

Experts According to Kurz, the chances of being convicted of a false statement are 50-50. According to Heinisch, Kurz could be released if he can argue that there has been room for interpretation in the statements and messages. At its worst, the sentence could be three years in prison.

The government partner Greens has already announced that Kurz should resign as chancellor if convicted.

“I believe more that Kurz would not give up his job. He would probably argue that this is not such a big crime and there is only a misunderstanding behind it. ”

Instead, Kurz’s close circle has already had to resign. Brandstetter resigned on his own initiative, Pilnacek is on the shelf and Thomas Schmid was fired.

However, Schmid’s dismissal was ultimately due to completely different things. Recently, new discussion posts were published in which Schmid lamented having to travel with the “garbage man,” or ordinary man.

For Austrians, suspicions of corruption are common, but calling it junk is too much. Schmid’s employer, ÖBAG, received so many calls about the incident that the servers crashed.