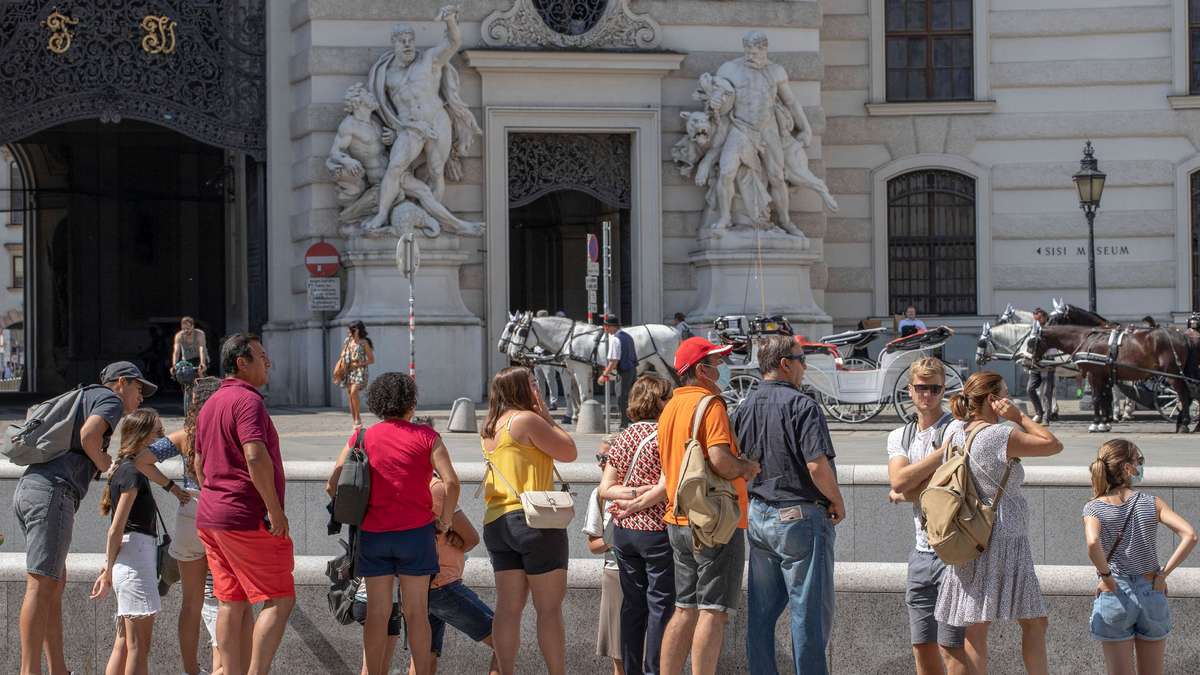 In Austria, the corona numbers are still high, especially in the capital Vienna. The Austrian Ski School Association has now decided to make vaccinations compulsory, which not everyone likes.

Vienna – In the past 24 hours, 774 new corona infections have been recorded in Austria. The last time such a high value was reported was on May 10th, reports Austrian media. A week ago on Monday (August 9th) there were 450 new infections. On Sunday, 891 new infections were reported, reports the ORF.

The 7-day incidence on Sunday was 63.2 (as of August 15, 2 p.m.), according to the AGES (Austrian Agency for Health and Food Safety) data. According to this, 170 Covid-19 patients currently have to be treated in hospitals, 51 of them in an intensive care unit.

Austria changed its corona rules from August 15th. Only a complete vaccination is now considered evidence of a low epidemiological risk. “The proof will be issued from the day of the 2nd vaccination,” say the authorities. The regulations for people with a Johnson & Johnson Corona vaccination as well as for those who have recovered and who have been tested remain unchanged.

The so-called 3-G Corona rules (vaccinated, tested, recovered) continue to apply with the new rule for vaccinated people. However, these corona rules expire at the end of August. Then new rules have to be found. According to the Austrian Health Minister Wolfgang Mückstein (Greens), a distinction between vaccinated and unvaccinated people was not an issue at this time. He considers the restriction of public life for non-vaccinated people “nationwide at the moment not ripe for a decision,” said Mückstein on ORF. However, the Minister sees Austria at the beginning of a fourth wave. The delta variant is much more contagious. “We are observing this very closely,” said Mückenstein.

Vienna, on the other hand, had previously brought an entry ban for unvaccinated people into play. “Better only those who have been vaccinated have access than closings. Nobody wants to see a lockdown anymore. It makes sense for leisure and sports facilities to introduce this now, ”said Vienna’s City Councilor for Health Peter Hacker (SPÖ) in an interview with the Kronen newspaper. The number of cases is particularly high in the capital. According to a model calculation, the corona cases would increase in the second half of September. Vienna even announced a special route.

Austria: New Corona infections by federal state (as of August 16, 2021)

The Austrian Ski School Association (ÖSSV) has already agreed on the introduction of mandatory vaccinations. “This is the only way to ensure that the courses can take place properly and with sufficient safety,” says the press release. The vaccination requirement applies to all participants in the “snow sport instructor training”.

The Vorarlberg Ski Instructors Association is not involved. Vorarlberg did not join the path, can be read in the message. The reasons for this are not yet known. (ml) * Merkur.de is an offer from IPPEN.MEDIA

Saudi Arabia .. Imprisonment for 3 days for a woman who described her ex-husband as “a robot without feeling”