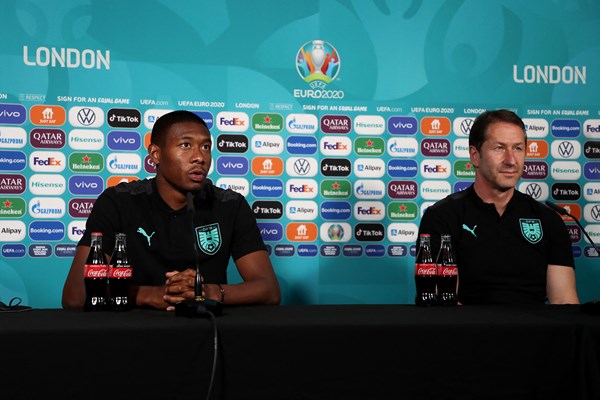 The Austrian national football team has criticized the team’s decision to train at Wembley Stadium, before facing the Italian national team tomorrow, Saturday, in the round of sixteen of the European Championship “Euro 2020”.

The European Football Association (UEFA) said on Thursday that the stadium in London needed a break. “It is absolutely a shame that we are not able to play our last training sessions at Wembley,” coach Franco Foda added at a news conference today, Friday, adding that he did not agree with this decision.

Foda had previously criticized the match being held in London because the travel rules related to the Corona virus meant that few Austrian and Italian fans could attend the match.

David Alaba added: If the players had tested the inside of the field and trained, it would have been a useful experience for sure. Alaba, 29, is still looking forward to the match, one of the biggest in Austrian football history.

“It will be a great match in a very great stadium,” said Alaba, who won the Champions League at Wembley Stadium with Bayern Munich. “I have only positive memories in this stadium,” he said.

Defender Hintergerr and midfielder Grelic recently suffered from groin injuries, but they participated in the team’s training today, Friday, at its camp in Seefeld, and will be available to participate under the leadership of coach Franco Foda in tomorrow’s match scheduled at Wembley Stadium.

The Austrian team is participating in the second round of the European Championship for the first time, and the Italian team is the favorite to win, especially as it has maintained its unbeaten record for 30 consecutive matches, equaling a record.