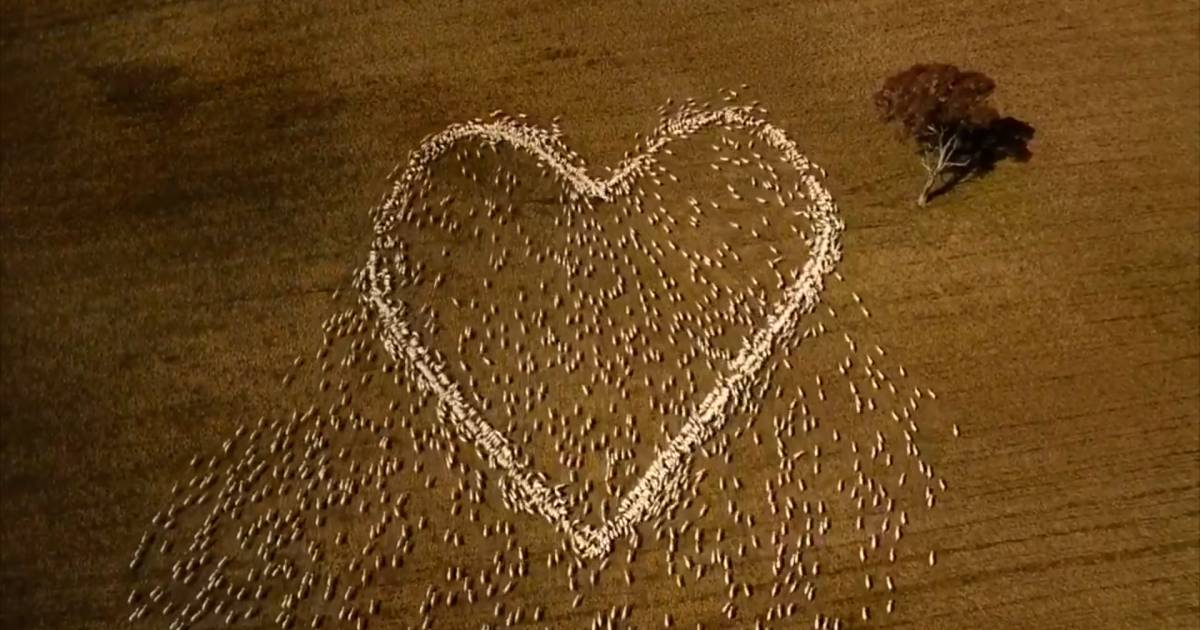 Australian Ben Jackson was recently unable to say goodbye to his late aunt due to travel restrictions. He decided to use his sheep for a special tribute.

Ben Jackson lost his aunt to cancer this month. Due to travel restrictions in Australia, it was not possible to travel from New South Wales to Queensland, which is about 400 kilometers away. So he came up with a creative solution to still be able to reflect on the death.

By laying grain in the shape of a heart and then sending his sheep to it, a gigantic “sheep heart” was formed. He then recorded this with a drone. “I felt hopeless, helpless,” Ben told the BBC. “I didn’t know what to do. But since I was adding some stuff anyway, I decided to make a huge heart on the floor that, in all honesty, pales in comparison to hers.”

Ben sent the video to his family, who then showed it at the funeral Monday. For the occasion there was the number Bridge Over Troubled Water put under. Ben: ,,That was one of her favorite songs and when I saw it like that it was like I had cut a lot of onions. It was quite emotional.”

Ben’s brother decided to share the images on social media, where they were quickly picked up. They have now also been shown on Australian television. His aunt would certainly have appreciated that, according to Ben: ,,She would have been so proud if she had seen all those people laughing and enjoying the heart I made for her. That is pure love.”

It was not the first time that Ben used his sheep creatively. He already made symbols and figures a number of times with the help of his animals. His aunt was always a big fan of that.