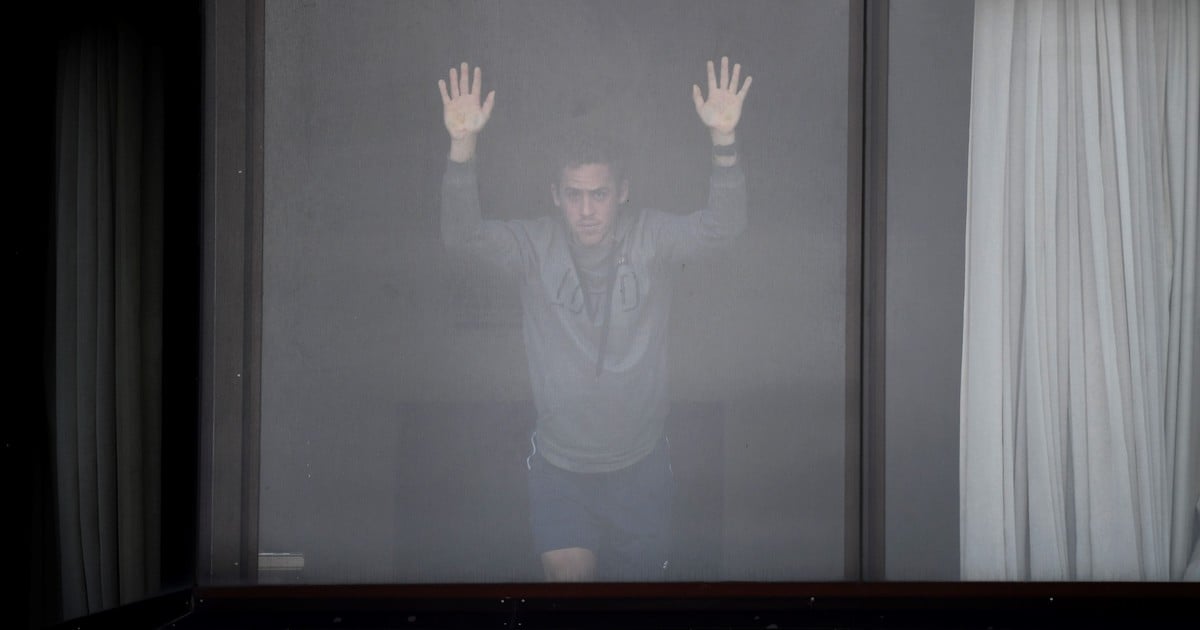 Problems continue to appear for the Australian Open organizers. To the criticism and complaints from the players about the condition of the rooms, the quality of the food and the breaches in the daily departures allowed to train, there were more positives due to coronavirus in the contingent that arrived in that country almost a week ago and is quarantined in Melbourne. The Australian authorities reported this Wednesday that three new cases were detected, two of them of tennis players, bringing the total number of infected to ten.

Lisa neville, Chief of Police of the State of Victoria, confirmed the results of the tests and assured that one of the two infected players is part of the group of 72 that is serving strict isolation for having traveled on one of the flights in which positive were recorded .

“That tennis player is very close to passing the virus and we are almost certain that he is not contagious. The situation of the other two – a player and a member of his team – is less clear and is still being studied,” Neville added.

Players must adhere to a strict protocol and are closely monitored even when they go out to train. Photo William West / AFP

Neither the organization of the first Grand Slam of the season nor the Tennis Australia still confirmed the new cases.

On Tuesday, the authorities had announced that two tennis players had tested positive for Covid-19 in tests that were carried out while they were serving quarantine in Melbourne and there were already seven people related to the tournament infected.

However, from the Australian federation they questioned the information and denied that there were players with active infections, according to the newspaper The Age. Although they did confirm the positive result in seven tests, six in the contingent of the event, plus an external one, that of the stewardess of one of the flights.

Craig tiley, CEO of Tennis Australia, explained that the Victoria Department of Health counts cases when they correspond to active infections or viral elimination, that is, of people who tested positive because they contracted the virus at some point in the past. And he said that the two positives of tennis players that had been announced would probably be reclassified soon into that second group.

He also added that no player had been taken to the medi-hotel, to which all those who test positive in the tests that are carried out during their stay in Melbourne must be transferred, according to the sanitary protocol.

The Australian Open is scheduled to be played between February 8 and 21, but due to the demands of the Victorian government in terms of prevention measures, the players arrived last week in that country on charter flights contracted by the organization .

Diego Schwartzman was able to start training on the court. He did it together with the Swiss Stan Wawrinka. Instagram photo @dieschwartzman

Since then, they have been isolated in their rooms in different hotels in Melbourne, except for the top ones, such as Novak Djokovic, Rafael Nadal and Serena Williams, who are serving their quarantine in Adelaide. For 14 days they can only go out a few hours each day to train; Except for those 72 who are in absolute confinement, including Guido Pella and Juan Ignacio Londero. They are also regularly tested.

“We are in our sixth day and so far the numbers have been very low,” Tiley said Wednesday. And he said that 3,200 tests are carried out for more than 1,200 players, support personnel and tournament workers.