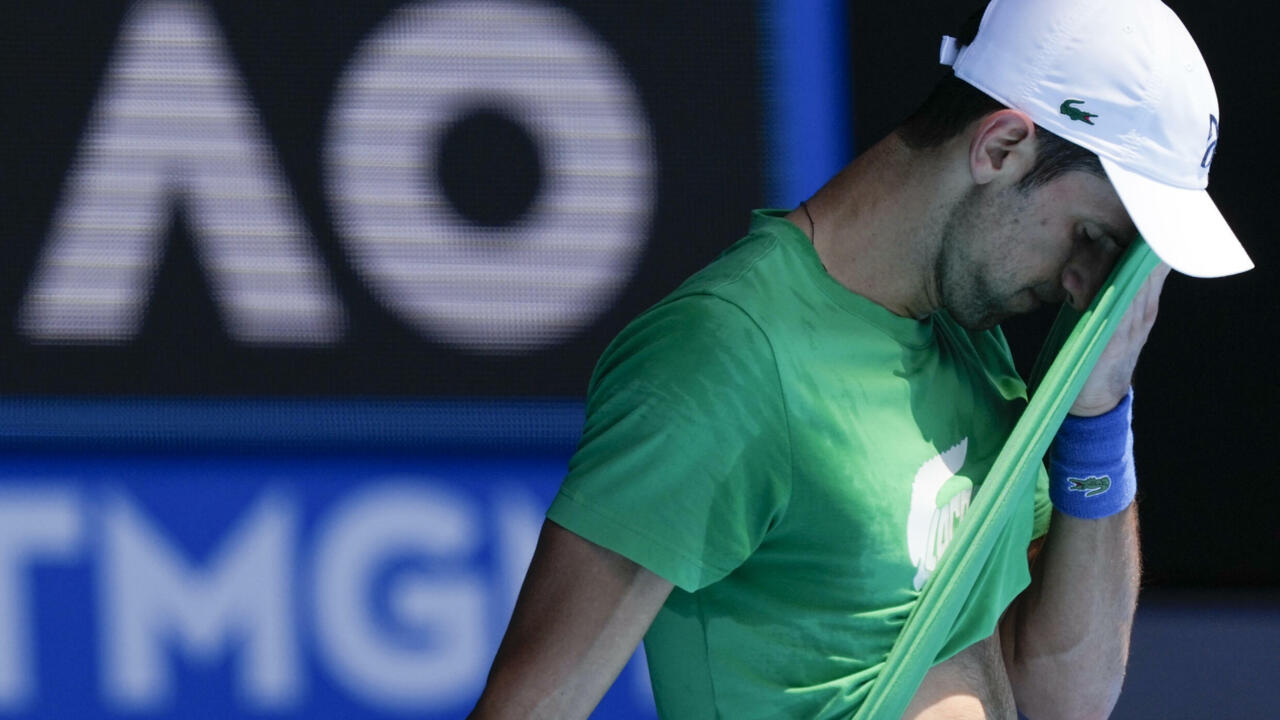 Melbourne (AFP) – The Australian Open included Novak Djokovic in the tournament table on Thursday, January 13, although the participation of the world number one, likely to be expelled from the country for not being vaccinated, is still uncertain.

The outcome of the saga of the Serbian player, who managed to annul his deportation from the country in Justice for violating the Covid regulations, depends on the Minister of Immigration, Alex Hawke, who has been considering canceling his visa again for days.

Australian media indicate that the decision should be imminent, although Prime Minister Scott Morrison said that Hawke’s position “has not changed” and continues to analyze the question of the 34-year-old tennis player.

Meanwhile, the first Grand Slam of the year tries to continue with the calendar. Thus, although with more than an hour delay that the organizers did not justify, the draw for the draw was held with the inclusion of Djokovic.

First seeded, the Serbian was paired with his compatriot Miomir Kecmanovic. For his part, the Spanish Rafael Nadal, sixth seeded after months of absence from the circuit due to injury, will face the American Marcos Giron in the first round.

See also  In Russia, they came up with another way to help tourists stuck abroad

The two stars, tied at 20 Grand Slams alongside Swiss Roger Federer, will compete in Melbourne to clinch career number 21, an all-time record in men’s tennis. Their paths will not cross until an eventual semi-final.

In addition, the Argentine Diego Schwartzman will face the Serbian Filip Krajinovic, the Chilean Christian Garín the Argentine Facundo Bagnis and the Spanish Roberto Bautista the Italian Stefano Travaglia. His compatriot Pablo Carreño awaits a rival from the previous round.

In the women’s draw, the world number one Ashleigh Barty will also face a player from the qualifiers and the Spanish-Venezuelan Garbiñe Muguruza, brand-new winner of the WTA Masters, will face the young Frenchwoman Clara Burel.

So far, the sports side has been overshadowed by the soap opera by Novak Djokovic, winner of nine titles in Melbourne, including the last three editions.

The Serbian tennis player arrived in Australia last week with a medical exemption granted by the tournament organizers because he tested positive for COVID-19 on December 16.

Border agents canceled the visa, understanding that a recent infection did not exempt him from the obligation to be vaccinated, and they sent him to a migrant detention center in Melbourne.

But his team of lawyers managed to get a judge to reverse the decision on Monday because of a procedural error during his questioning at Melbourne airport.

Since then, the ball has been in the court of the Immigration Minister, who is considering his expulsion while new information about the case continues to appear.

The player admitted on Thursday “errors” both in his travel statement presented to the Australian authorities, which his agent would have filled in, and in his attitude after learning his positive for covid-19 in December, attending an interview with a journalist from the newspaper sports ‘L’Equipe’.

“This was an error of judgment and I accept that I had to reschedule this commitment,” he admitted in a statement on Instagram.

The Sydney Morning Herald newspaper assures that the decision must arrive this Thursday.

The ‘Melbourne Herald Sun’ quotes an unidentified Conservative government official who believes that allowing Djokovic to stay would set a dangerous precedent.

For this source, the executive must act without considering any international “negative reaction”, because the cancellation of the visa would be part of the efforts made by Australia for months to fight against the virus.

Four months before a general election, the legal battle has political consequences in this country that experienced the most draconian restrictions on the planet during the pandemic, even restricting entry to its citizens.

“Australia’s policy is not to allow unvaccinated people to enter its territory. How we got here is beyond my understanding,” Labor opposition chief Anthony Albanese said Thursday.

In addition, the scandal comes amid a strong rebound in the epidemic that led the government of the state of Victoria, where Melbourne is located, to limit the capacity allowed during the Grand Slam celebration to 50%.