Australia was an example of the control of the coronavirus, now it returns to a strict quarantine: what happened? 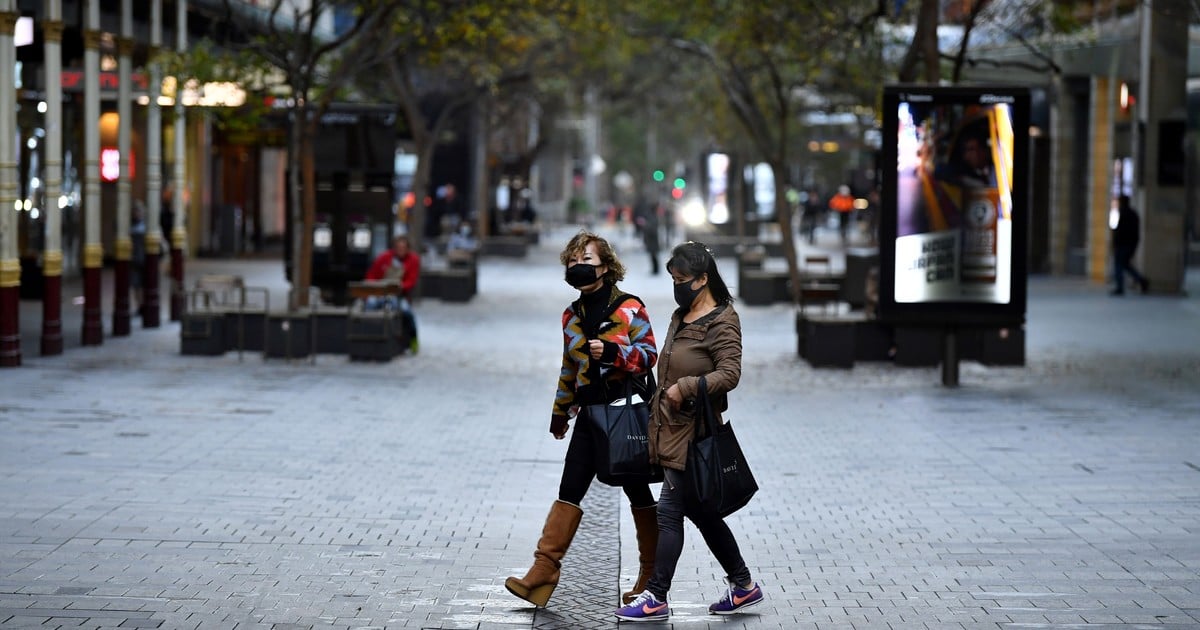 Some 10 million Australians, almost half the population, will have to serve a new confinement in several cities in the country, which is fighting an increase in coronavirus infections. Long ago, the nation believed itself practically liberated from the pandemic. What happened?

After the inhabitants of Sydney (in the southeast), Darwin (north) and Perth (west), those of Brisbane (east) and several areas of the state of Queensland will have to stay at home from Tuesday night, during at least three days.

For a few weeks Australia, with some 25 million inhabitants, lauded for its response to the pandemic, faces an outbreak of cases, especially of the Delta variant, highly contagious.

Many attribute it to flaws in quarantine systems for travelers arriving from abroad.

A restaurant in a shopping mall in downtown Brisbane, Australia, this Tuesday, closed due to new restrictions against the coronavirus. Photo: EFE

“These are difficult decisions. There are lockdowns in big cities because the virus enters with arrivals from abroad,” said Annastacia Palaszczuk, the prime minister of Queensland.

“We are not just fighting an outbreak, we are focusing on a number and more information came to light today. We are now dealing with multiple scenarios and it is time for us to act and act fast,” he warned.

In addition to Brisbane, several areas of the Queensland coastline, and especially the small town of Townsville (north), are affected by this new quarantine. Going out is only allowed for essential activities.

The measure was taken due to a relapse of cases after a member of the health staff who was not vaccinated traveled for ten days to Queensland while he was infected.

Perthians also have forbidden to leave home by virtue of the beginning this Tuesday of a four-day confinement.

Only three positive cases have recently been detected in this large western city, which has long exercised extreme caution in the event of an outbreak.

The Delta variant, a “new beast”

“We know the risks posed by covid and looking at the world we know that the Delta variant is a new beast that we cannot risk ourselves with,” Western Australian Prime Minister Mark McGowan said at a press conference Monday night.

These confinements occur in Full school and tourist holidays could lead to many cancellations, since the unaffected states recommend their inhabitants not to visit those in which cases have been registered.

New Zealand, meanwhile, announced that it will partially reopen its “bubble” for travel with Australia from July 5, only with states that have not registered cases.

Australia is facing cases of the highly contagious Delta variant, which appeared in India.

The Conservative government was criticized for the slowness of the vaccination campaign and the lack of improvements in quarantine devices.

Under pressure, the Australian Prime Minister, Scott morrison, announced that vaccination would be mandatory for staff in institutions that take care of the elderly and quarantine centers.

Also, his new Deputy Prime Minister, Barnaby Joyce, has just been fined 200 Australian dollars (126 euros, 150 dollars) after being seen without a mask while paying for gas at a gas station on Monday morning.

The government is also criticized for not making public the number of Australians fully vaccinated.

Some 7.4 million doses have been administered. But some media outlets claim that less than 5% of the 25 million Australians have received both doses.

The current main epidemic focus remains in Sydney, where 150 people have been infected since a driver working for airline crews tested positive in mid-June.

The country’s largest city entered on Sunday in a two-week confinement.

Since the start of the pandemic, Australia has recorded just over 30,000 cases, of which 910 were fatal.