Aus vs Ind- India have a good chance to beat Australia in all three formats: VVS Laxman

by Bhavi Mandalia
in Trend
0
0
SHARES
7
VIEWS
Share on FacebookShare on Twitter
new Delhi
Former Indian batsman VVS Laxman believes that the Indian team captained by Virat Kohli has a very good chance of defeating India Tour of Australia in all three formats.

India won in the last series
The Indian team will begin their campaign in Australia (India Tour Australia Full Schedule) from the first ODI match in Sydney on 27 November. When India visited Australia last time, it won the first Test series on Australian soil after 12 attempts.

IPL has no effect on this series
He also said that IPL will not have any effect on this series. Laxman said, ‘IPL is different from any international tournament. The type of competition you watch and the quality of players you play with or against. So, all the players are in great rhythm and I am sure it will suit them. I think it would only benefit. Yes, workload can be an issue, but I think it should not affect the players, as there is a long gap of 16 days between the IPL final and the first ODI to be played on 27 November. I am sure they are recovering well and the team management and coaching support staff are planning in a very professional manner so that all the players can be refreshed before the ODI match.

Players will not be tired
The former batsman believes that the players are not tired even after playing the IPL for 53 days and they have no problem with the start of the tour. He said, ‘All the players are professionals and they have worked a lot on their fitness. Admittedly, the IPL was a two-month long tournament, but now they have got enough time to get fit for these matches. The good thing is that the IPL took place in the UAE and the players did not have to travel much. So I don’t think they will be tired. ‘

Current generation is strong
Asked that since you are from the previous generation and the current players are much younger than you, do you think that these players will also get the same experience as India have to play in a shorter format and then in a Test match. Laxman said, ‘I am sure this generation will be strong in the same way, especially since T20 cricket has started. When you perform well in limited overs cricket, you take that confidence into Test match cricket. The only thing they will have to do is that when the Test match starts, mental adjustments and more patience are needed.

Asked if India did not perform properly in their last international series, which was played on the tour of New Zealand, would this affect the performance of the team? Laxman further said, ‘I don’t think it will not have any effect, because when you play professional sports, I believe that you learn from past disappointments. The way the series went in New Zealand, all the players will be disappointed, but I am sure they will learn from it and come out with better experience.

Players’ confidence will be high
He said, ‘I think it will definitely be on the mind of these players that what happened last time during the Australia tour. We won the first Test series on the Australian soil after 71 years after ODIs and 12 attempts. This will boost the confidence of the players.

Many options for captaincy
Asked who should be made the captain of the Test team for the final three matches after the first Test, Laxman said, “There are a lot of options in the team.” There are many good players. Since the Test matches are due to be held in late December, I think the coaching staff and team management will see which players are doing well. They will probably also see the form of players in ODIs and T20 series, apart from the way they are playing in the nets. Whatever is in form and looking positive will be in the mind. ‘

Also read- We want Virat’s child to be born in Australia, so that she can be called Australian: Border

Choose team according to circumstances
Do you want to see two spinners in the playing XI when asked? Laxman said, ‘It depends entirely on the circumstances that the team will face. The Indian team has variation in bowling attack. There are world class spinners, and we have got fast bowlers as well. Therefore, the team management will choose the best bowling combination based on the conditions that they will meet. It is too early to say whether the combination would be ideal. With both these combinations, the Indian team will do well, as they have got quality bowlers.

Indian team is aggressive
The Australian team is known for sledging (chintakashi). Asked if you think this Indian team is on it? Laxman said, ‘Yes. there is no doubt about it. This team is quite aggressive. Every team has got its own character. Australian players have always played the game in a difficult way and that is the beauty of their playing at the international level, because you are going to play a highly competitive series. 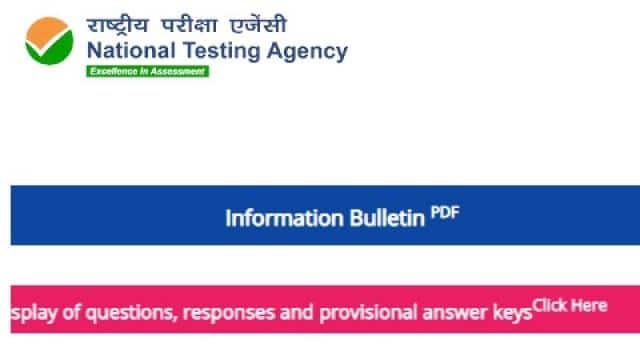 Headphones on Amazon: Buy these headphones for clear voice from online class to meeting and conference How will the police stop the farmers who are traveling in Delhi? Preparations to make 9 stadium in Delhi a temporary jail, sought permission Kejriwal's instructions to politicians and workers to distribute free masks, said- this is great patriotism

Chhath Puja 2020: Ban on Chhath Puja in many states, know what are the guidelines from Delhi-UP to Maharashtra-Odisha