Augmented humans: should we be able to improve our bodies thanks to technology? 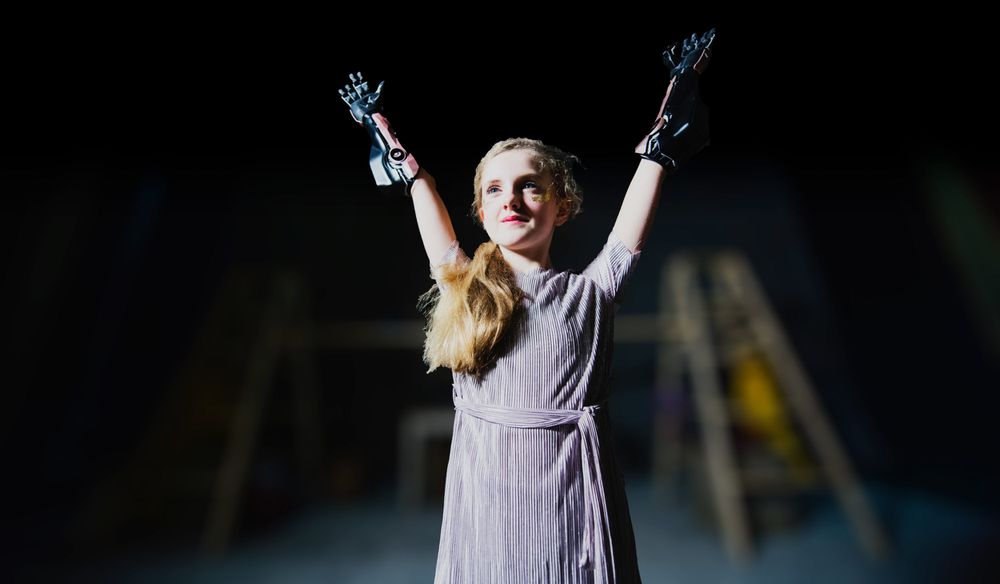 When Tilly Lockey was 15 months old, she lost both of her hands. He had meningococcal septicemia, an infection of the membranes that cover the brain and spinal cord that may require limbs to be amputated. Now Lockey is 15 years old, sports two bionic arms and is a real influencer. Like this young woman, many people turn to technology to improve their body. But not all have health problems: there are already those who implant chips under the skin simply to open doors, buy or carry a train ticket. These types of actions, which draw a scene typical of science fiction, carry medical, ethical, social and legal implications.

51% of Spaniards defend the freedom to perfect the body with technology, according to a report entitled What do Europeans think about an enlarged world? published this Wednesday by the cybersecurity company Kaspersky. The data for this study come from a survey of 6,500 people over 18 years of age from seven European countries – Germany, Austria, Spain, France, Italy, Portugal and the United Kingdom. Adults in Portugal (56%) and Spain (51%) are the ones who are most in favor of the fact that people can do whatever they want with their body. Those from the United Kingdom (36%) are the least supportive.

Human development can be of two types, according to the report: necessary for health reasons – such as the use of a bionic limb or an exoskeleton – or to be able to perform certain actions with the body. Both options are becoming more and more standardized. Only 16.5% of Europeans consider that increasing their own capacities with technology is “rare”. And for 24%, it is a “brave” decision.

An article published in 2018 in the magazine Frontiers in Psychology indicates that bionic prostheses have the potential to change stereotypes towards people with physical disabilities. Bertolt Meyer, professor of labor and economic psychology at the Chemnitz University of Technology (Germany) and one of the authors of this research, affirms that people with physical disabilities who use bionic prostheses are not seen as incompetent as they usually are. rest of people with disabilities.

He himself carries a bionic hand and assures that, since he has used it, people treat him differently and do not approach him so much with pity. Even so, there is still work to be done. Meyer recalls that one day he went out to dinner with his in-laws. They ordered meat and the waiter brought him his cut piece. “My plate was the only one that had been prepared that way because apparently they thought that I with a prosthesis could not do it. It’s a small detail, but it shows that people look at you and think that, ”he says. The sum of these small details does not sit well with him: “You are as competent as people without disabilities and that ends up being annoying.”

Lockey, who is over 109,000 followers on Instagram Y more than 30,000 on Youtube, proudly displays her two shiny silver bionic prostheses. With them, in addition to greeting, you can pick up objects and bend your fingers. But if these bionic arms have given him something, it is mental health. “They have helped me a lot mentally. I feel that my confidence in myself has increased by leaps and bounds, ”says the young woman, who is Open Bionics company ambassador, whose mission is to design affordable prosthetics.

‘Chips’ to open doors or buy

In addition to those with a health problem, there are also those who turn to technology for other purposes. In Sweden, around 5,000 citizens already use an NFC implant in their hand to store private information or to replace physical cards. They use it in their day to day to ride the train, enter offices or the gym, make photocopies and even buy snacks from vending machines.

Hannes Sjöblad is a consultant and speaker on biohacking (a movement that uses the latest technologies with the aim of modifying and improving the human body) and co-founder of DSruptive, a Swedish company that sells nearly 1,000 devices of this type each month. He himself carries one in his hand and is convinced that in the future these sensors could monitor people’s vital parameters. If his prediction were fulfilled, a human could consult on his mobile “what is happening in his body in real time”. “I think this is not something for a few, but rather the solution for the masses,” he says.

40% of Spaniards would support the voluntary improvement of the body without health problems, according to the Kaspersky report. For another 40%, it would depend on what each person was considering doing. While 14% are indifferent, only 7% would object. “I think the public acceptance is already there. Many of us have grown up with computer games and science fiction movies. Having technology built into your body is perfectly normal for people who have grown up in the last three decades, ”says Sjöblad.

It is still too early to know to what extent technology can improve our bodies. The possibilities are endless, but in some cases they can pose a variety of dilemmas. It would probably not be the same to put on a bionic arm to, for example, regain the sense of touch than to use technology to try to create stronger or smarter humans than the average or with superhuman vision.

In 2013, the US Medicines Agency approved the marketing of a device that allowed people with pigmentary retinitis (an eye disease that can be inherited) perceive shapes and movement. Since then, multiple researchers have tried to develop different bionic eyes. For example, a team at the University of Sydney has attempted to create an eye that restores sight to patients with visual impairment and blindness. Scientists from Hong Kong University of Science and Technology have developed an artificial eye which, they say, in some cases exceeds the human. For example, it would detect infrared radiation in the dark.

At the moment, only 12% of all respondents believe that those who have improved their body thanks to technology would have an unfair advantage at work, according to the Kaspersky report. Specifically, in Spain, 59% affirm that they would be delighted to work alongside people with enhanced abilities thanks to technological devices. In addition, six out of ten Spaniards would have no problem dating one of these citizens. 3% of respondents have already done so.

However, there are also those who are concerned about the social impact that these technologies could have in the long term. Two out of five respondents believe that human growth could lead to inequalities or even generate social conflict. Marco Preuss, director of Kaspersky’s global research and analysis team in Europe, stresses that, although there is broad support for this type of technology in Europe, “there is an understandable concern about its implications for society.”

The expert believes that “governments, industry leaders and people who have honed their skills must come together to help shape the future of this technology to ensure that this exciting industry is developed in a regulated and safe way. for all”. At the moment, introducing a device of this type in the body in Spain is illegal, since there is no type of regulation.

David jacoby, Security Evangelist and Principal Security Researcher at Kaspersky, says that whenever a new technology emerges, it is important to ask yourself what vulnerabilities it has and whether it may carry any risk. “When hackers talk to devices, something can go wrong,” he says. The danger would not be the same in all cases. Lockey highlights for example that if something were to go wrong with his bionic arms, they could easily be removed at any time. But he predicts that the scenario could be different if the attacked device were inside a person. “For example, if we were talking about a chip that someone has in their brain,” he mentions.

In addition to the challenges of cybersecurity, it is also necessary to consider whether anyone should be able to use technology to make changes to their body. If so, should we talk about Superhuman? And would this carry any risk? Meyer indicates that, on the one hand, it could be argued that “it is everyone’s personal choice what to do with their body.”

But it also prompts us to think about what would happen if the majority of the population began to improve: “Imagine a society in which every 10-year-old child undergoes eye enhancement surgery for their birthday. That means that the average vision would increase steadily over time, theoretically to a point where a vision that is considered normal today could be considered a disability in the future. “Collective action has effects on everyone and that is something we must take into account,” he highlights.