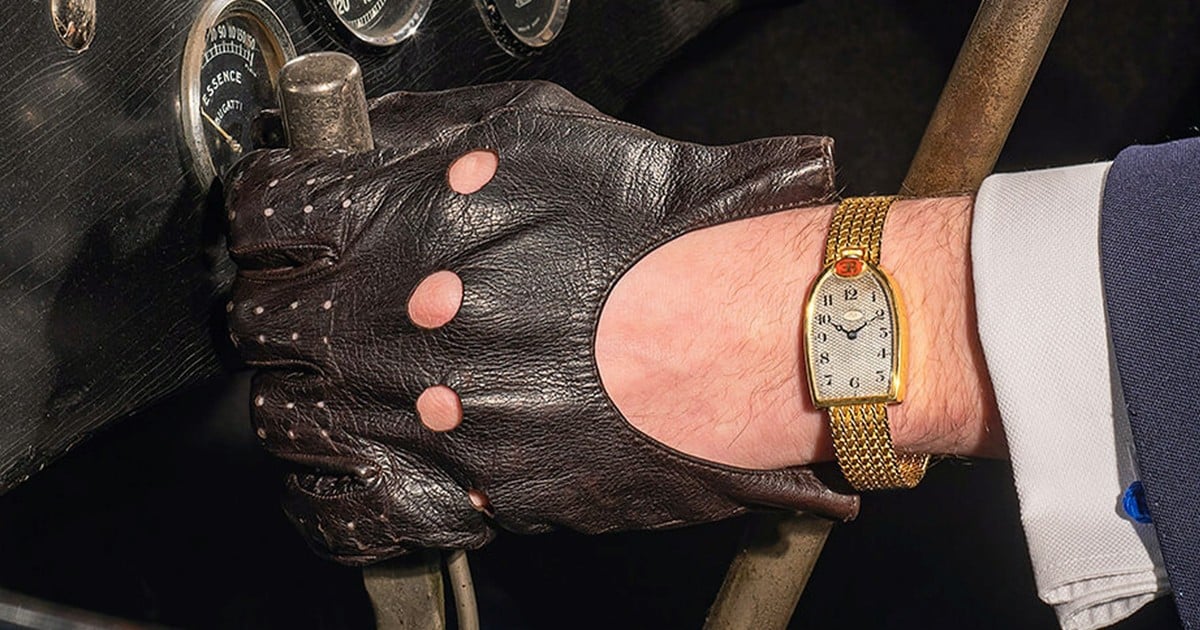 “Today, when (a watch) belonged to a celebrity, the price multiply by ten“explained a watch expert Alexandre Léger, who presented” this exceptional piece “under the hammer of auctioneer Stanislas Machoir.

A clock that is almost 100 years old

The history of this gold watch dates back to the late 1920s, the heyday of motorsport, Léger recalls.

To thank their pilots and mechanicsEttore Bugatti ordered dozens of gold watches with leather straps from the Swiss watchmaker Mido.

Later, to these characteristics he added luxury and exclusivity than the difference from the rest of the constructors.

After the death of Ettore Bugatti in 1947, his son Michel inherited one of these watches: it was precisely the one his father used.

In 1967, he decided to replace the leather strap with a braided yellow and white gold, known as the “Milanese link”, explains Léger, pointing to the reference to Milan, where the famous founder of Bugatti automobiles was originally from.

The watch passed through the hands of several collectors after being sold by Michel Bugatti in the 1980s, explains the watch specialist, hired together with Jean Christophe Guyon by the appraisal company VWS (Vintage Watch Story) to present the piece.

“Buyers from all over the world had expressed their interest to us, including the Bugatti brand itself and the Swiss watchmaker Mido,” says the independent expert.

“The worldwide influence of this sale” is due in particular to a unique photo session in the Mulhouse Automobile City, where Ettore Bugatti’s watch and his personal car, “the most expensive in the world”, met up, Alexandre Léger emphasizes. .

Parallel to this watch “which will remain in Europe”, according to Léger, other luxury watches were auctioned on Saturday at the Château de Lasserre, in Montastruc la Conseillère (Haute-Garonne), as well as some “exceptional” vehicles.

“You have slowed down”: The climate divides the coalition