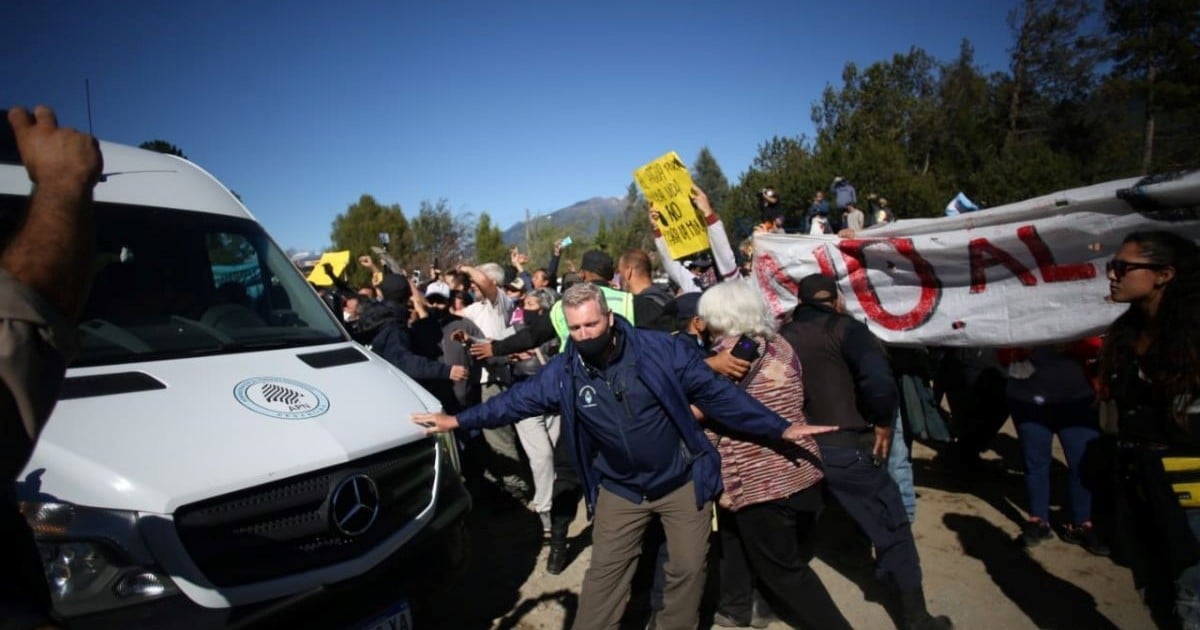 One of the referents of the anti-mining protesters blamed the “Uocra gang” this Saturday for the episodes of violence that took place in Chubut, which included attacks against President Alberto Fernández.

“A UOCRA gang came under the leadership of political leaders from Lago Puelo,” said Gustavo Castro, director of Habitat and Land of Lago Puelo, through a video he recorded for the RedAcción News agency.

According to Castro, the unionists of the Argentine Republic Construction Workers’ Union (Uocra) were the ones who attacked local residents who mobilized against mining activity in the area.

“During the march the neighbors were shouting and the Uocra he began to beat up all the neighbors. They began to shit me, I have identified all those who screwed me up, all pointers from here to Lago Puelo plus those from Esquel, from Uocra“Castro remarked.

Gustavo Castro, director of Habitat and Land of Lago Puelo. .

“There are 300 families who were left with nothing and they come to shit us“, She complained.

Castro came out to make his accusation public after the attacks against the van that was transporting President Fernández and his entourage, who supervised the situation due to the fires that affected several towns in Chubut.

In the Twitter account of the collective “Noalamina Esquel” they denounced the presence of “infiltrators” who generated these disturbances and that they were “identified” by local residents.

“In Lago Puelo, infiltrators among the neighbors throw stones at the vehicle where Alberto Fernández was going. The same, who were identified by the assembly members, are transported in a gray Duster truck,” said a message published by this group, which accompanies a video on which records the assault on the vehicle.

When the President and his entourage withdrew in a truck from the Lago Puelo cultural center, a group of anti-mining protesters threw stones and broke two of the rear windows of the vehicle, while shouting insults against Governor Arcioni.