Atlético transfers its reign in LaLiga to the national teams 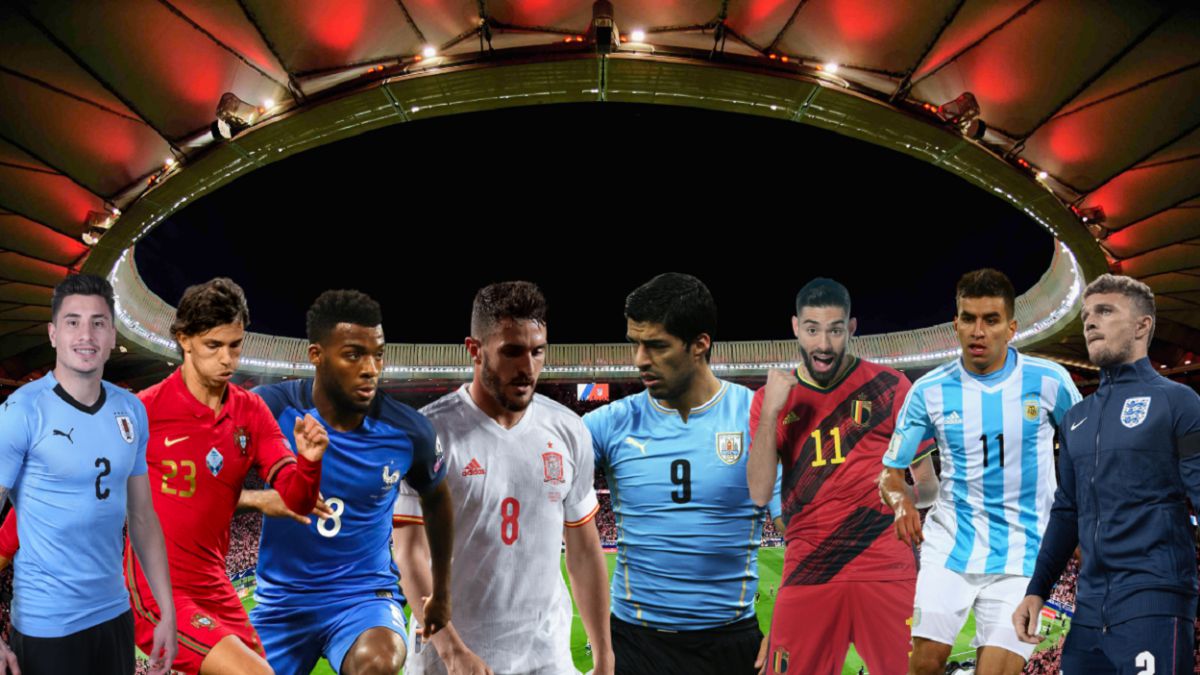 Atlético finished the season in style, lifting the league title with a full of victories in the last three days in which agonizing endings were experienced, with two comebacks against Osasuna and Valladolid and having to suffer until the last second before the explosion of joy for the success achieved.

But, once the title is celebrated, more than half of the squad will still have to wait a few weeks to think about the holidays. In a very busy summer, Atlético will have 13 of its champions representing the club between Eurocopa (seven) and Copa América (six), taking several of the favorite selections to the title. The rojiblanco team is the LaLiga team with the most players mentioned between the two major international tournaments, a roster that dominates Manchester City with 18 committed footballers (even if Agüero and Eric García have signed for Barcelona).

In addition, Atlético will have a presence in the Gold Cup, since Héctor Herrera is a fixture in the Mexican national team. I mean, just Oblak, Grbic, Savic, Hermoso, Kondogbia (who ended their friendlies with the Central African Republic yesterday), Saúl, Vitolo and Dembélé They have been able to conclude the suffocating 2020-21 course, although several of them could leave the club during the summer. At the European Championship that starts this Friday (June 11), Atlético will be aware of practically all the favorite teams to the tournament and it would not be surprising if some of its players could add the European trophy to the league title.

With France as the main candidate for the title, after lifting the last World Cup and enjoying a team of maximum guarantees, Lemar aspires to play an important role in the Deschamps team after earning a place thanks to his magnificent evolution this course, shining in a more focused position and providing quality and a lot of work that could also pay off in the French team. They will be seen in the group stage with João Félix’s Portugal, who wants to be the protagonist again as at the beginning of the course. In England it is Trippier the rojiblanco player who works to win a position in Gareth Southgate’s schematics. And in Belgium one of the stars will be Carrasco, of the best players at the end of the season in all of Europe, adding goals and fundamental assists for the league title.

Luis Enrique has bet on Captain Koke and Marcos Llorente, who might have to readjust to the right back, to defend the national team in the Eurocup. And in Croatia it will be Vrsaljko whoever occupies that right lane After a year with few minutes at Atlético, beyond the weeks in which Trippier could not participate due to suspension, but with his team he usually gives his best version. Therefore, Atlético has at least one player in six of the seven main candidate teams to win the tournament (only Germany is missing).

Also among the candidates for the Copa América

And in the Copa América it also contributes footballers in the three national teams that have lifted the trophy the most times. In Uruguay, Luis Suárez, Giménez and Torreira will try to finish the course with a double. The forward will return to exercise as a goal man after his 21 goals in the league, including those decisive against Osasuna and Valladolid, Giménez will once again form the center of the defense with Godín as he did in the past at Atlético and Torreira will be an option for the center of the field while his future is being decided (at the end of this month his loan from Arsenal concludes). In Argentina, the second team with the most Copa América trophies after the celestial ones, it seems that A fundamental Ángel Correa will end up being left at the end of the rojiblanco course. And in Brazil they will be Felipe and Renan Lodi, two other footballers who have gone from less to more with the passage of the competition.

Thus, while the club continues to analyze the next transfer market, with players on the agenda who will also participate in the tournaments (cases of Lautaro, De Paul, Gayá …), the bulk of the squad will continue to compete in search of rounding off the end of the course also with their selection. An award for Atlético’s great season, Although it will also drag less space so that key players in the squad have enough time to rest and start the next preseason with charged batteries, since between the finals of the Eurocup and America’s Cup and the beginning of the next league season there will barely be 34 days.