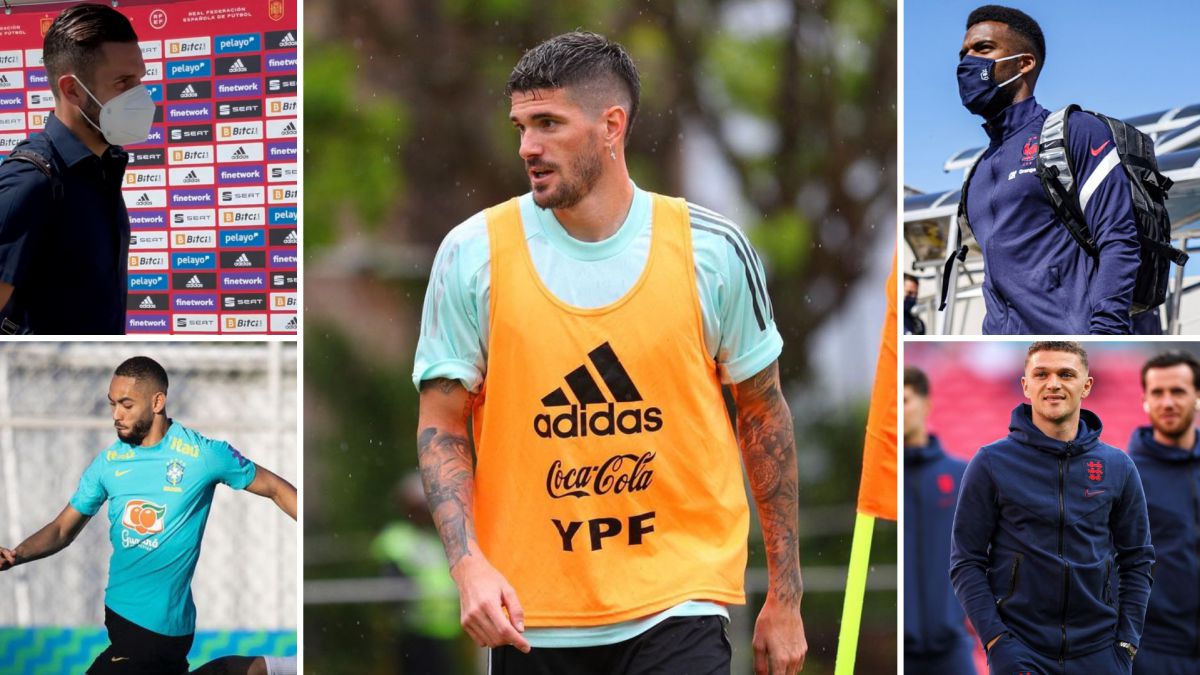 Three days after starting, the League stops for a national team break. AND Atleti is leaving half the squad for this round of international matches. The coaching staff will take the opportunity to work with those who stay as if it were an extra stretch of the preseason. And he keeps an eye on those who have left, so that they return in perfect condition. De Paul and Correa have gone to Argentina; Giménez, with Uruguay; and Cunha, with Brazil. They will travel through Europe Oblak (Slovenia), Savic (Montenegro), Trippier (England), Lemar (France), Carrasco (Belgium), Koke and Llorente (Spain). In total, Simeone loses eleven pieces, looking at their positions practically a starting team.

The concern is great in the club, as in the rest of First. This break has three qualifying games for the World Cup, so some players will come with a lot of minutes. To that must be added travel, especially in the case of South Americans. Giménez, Correa, De Paul and Cunha play their third game (Uruguay-Ecuador, Argentina-Bolivia and Brazil-Peru) at dawn from Thursday 9 to Friday 10. And on Sunday 12, Atlético visit Espanyol at 2:00 p.m. The plan for them is that they fly as soon as possible after the last match so that they arrive in Madrid on Friday and on Saturday (the day originally scheduled for the match), in Barcelona.

Meanwhile, these two weeks will stay in Madrid Lecomte, Hermoso, Lodi, Felipe, Vrsaljko, Kondogbia, Saúl and Saponjic. What’s more, João Félix, Héctor Herrera and Luis Suárez will accelerate their recovery, which was called up by Uruguay, but the edema in the knee that he suffered on Sunday has taken him off the list. The Portuguese hurries to have his first minutes of the season at the RCDE Stadium and, if the Uruguayan does not arrive, he could even start.

That is to say, during these first days it will be like when the preseason started in July. The technician will be able to carry out few tests for the next matches. The quarry will reinforce the training sessions, although also taking into account that B has a game on Sunday against Parla. A situation that is not new in Atleti, which adapts to the circumstances and which is satisfied that its 11 players arrive back healthy.