Athletics The expert wonders about Topi Raitanen’s rejection at the Kaleva Games: “At this point, the rule is a little too strict” 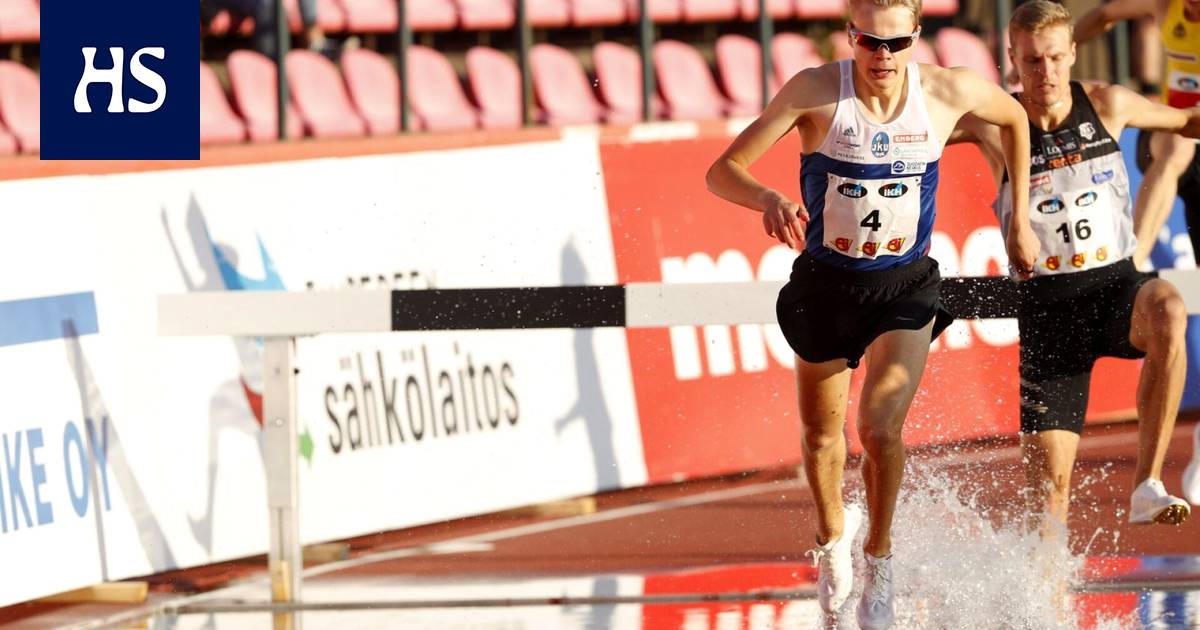 Raitanen and Kinnunen were rejected, and Salminen could not even compete at Ratina Stadium.

The decisions of the Kaleva Games Jury raised astonishment and reflection on the strictness of the rules. For example, coached Kinnusta for 16 years Kari Ahonen would have liked the judges to have “a little more game eyes”.

After four warnings, Kinnunen was flagged out in the last race of his career on the domestic chamber. Over the weekend, Kinnunen will still be walking in the Swedish match at the Stockholm Olympic Stadium, where more rule interpretations and even protests can be expected.

Jarkko Kinnunen competed for the last time in Finland in the Kaleva competition at Laukontori in Tampere. Picture: Mika Kanerva

Athletics rule expert Pasi Oksanen followed Kinnunen’s walk on the site at Laukontori in Tampere. According to him, the jury of the 20-kilometer walking race did what it was supposed to: rejected Kinnunen, even though it may have been exaggerated by many.

Kinnunen received his first three warnings from three different judges. The same judge can no longer propose another warning.

After three warnings, Kinnunen had to “freeze”, ie wait two minutes in a separate time penalty area. By walking in the fifties, the time penalty would have been five minutes.

When Kinnunen was able to walk again, the fourth judge took a decisive stand. The judge saw that Kinnunen was no longer walking cleanly and issued a fourth warning.

“The fourth judge may not have known that Kinnunen has been in the time penalty area. The judge made an independent decision. Technically, it went that way, ”says Oksanen.

Men In the 3,000-meter obstacle course, Topi Raitanen stepped on the water obstacle over the adjacent track in the first round. Raitanen sought support for his leg so that he would not have come into contact with another runner.

Raitanen won the run Eemil Helanderin but did not accuse anyone of his track crime. He did not benefit from it during the race.

Raitanen’s club Helsinki Kisa-Veikot made a protest against the track break, which did not go through.

“The protest had no chance. The rejection was in accordance with the rules, although the rule is a little too strict for me at this point. I wish that a track break would not mean an immediate rejection, but the judges have no other option, ”says Oksanen.

Many runners have walked the straight track to its side and have not been abandoned. The most famous Finnish case in history is Lasse Virénin a fall of 10,000 meters in the Munich Olympics in 1972.

Track violation rule has tightened over the years. Dutchman at the 2006 European Championships in Gothenburg Bram Som rounded the final 800 meters to victory from the grass field side.

Latvia made a protest at the time about the irregular run, but it didn’t go through, although Som benefited from getting out of the bag.

“According to the rule at the time, it was not a ground for refusal. The rule changed some years after that incident. Now the equivalent would be a ground for refusal. You can step straight over the edge, but you must not take advantage of it. There is no reflection on this useful aspect in the curve, but there is always rejection, ”Oksanen explains.

Oksanen points out that the current surveillance system and TV cameras are so accurate that even the jury cannot play.

“The track control system records everything. There is terribly no room for interpretation in the rules. Track supervision has developed a lot in the last five years. The jury should have the same information as the TV viewer and preferably a little more. ”

Senni Salminen jumped at the Tokyo Olympics in early August. He was eliminated from the final race narrowly. Picture: Antti Aimo-Koivisto / Lehtikuva

What about then the case of triple jumper Senni Salminen? He jumped Kristiina Mäkelän with the Kaleva Games jumping qualifier last Thursday in connection with the Diamond League in Lausanne.

The situation was obviously unclear, as Salminen’s support forces assumed that the athlete would in any case be allowed to participate in the qualifiers for the Finnish Championships, even though Lausanne resulted in three abandoned jumps.

At the 2016 European Championships in Athletics in Amsterdam, some athletes made it directly to the semifinals of their sport if they had made their qualifying results somewhere else.

In this way, the aim was to lighten the burden on top athletes before the Olympic Games of the same year in Rio and to guarantee a sufficiently high level of participants in the European Championship arena.

“The qualifying in Lausanne was according to the rules. Qualifying for the competition can be done in another and previous race, if agreed. The qualifier had been moved to another location. It is not possible to go so that if there is no qualifier, you can join another race. In this case, there were so many intermediate chains in the decision that communication did not work. The decision itself was clear, ”says Oksanen.

According to Oksanen, it was lucky that Lausanne had both top Finnish jumpers. If only one had been involved, there could have been more discussion about favoring the other.

“The rule of deferred qualifying must be used judiciously, and there must always be a clear reason for it. In this case, it was important to get into the Diamond League race. ”

The runs of a Swedish match have always been tough races. Joonas Rinne won Johan Rogestedt in the 2020 match in Tampere. Picture: Ossi Ahola

Next at the European Championships in Munich in the year, athletes will have to take part in the preliminary and semi-finals and qualifiers in the field before they can reach the finals in their sport.

A rule like the one in Amsterdam in 2016 only applies when there are Olympic Games in the same year. If the Paris European Championships and the Tokyo Olympics had been held in the normal way in 2020, the finals or semi-finals could have been reached without qualifying.

Interpretations of the rules of athletics can arouse more wonder and reflection at this weekend’s match in Sweden in Stockholm.

In national matches, it has always happened and happened, especially on running tracks.