Athletics Riku Illukka flaunted the Finnish record at the European Youth Championships: “We are fine” 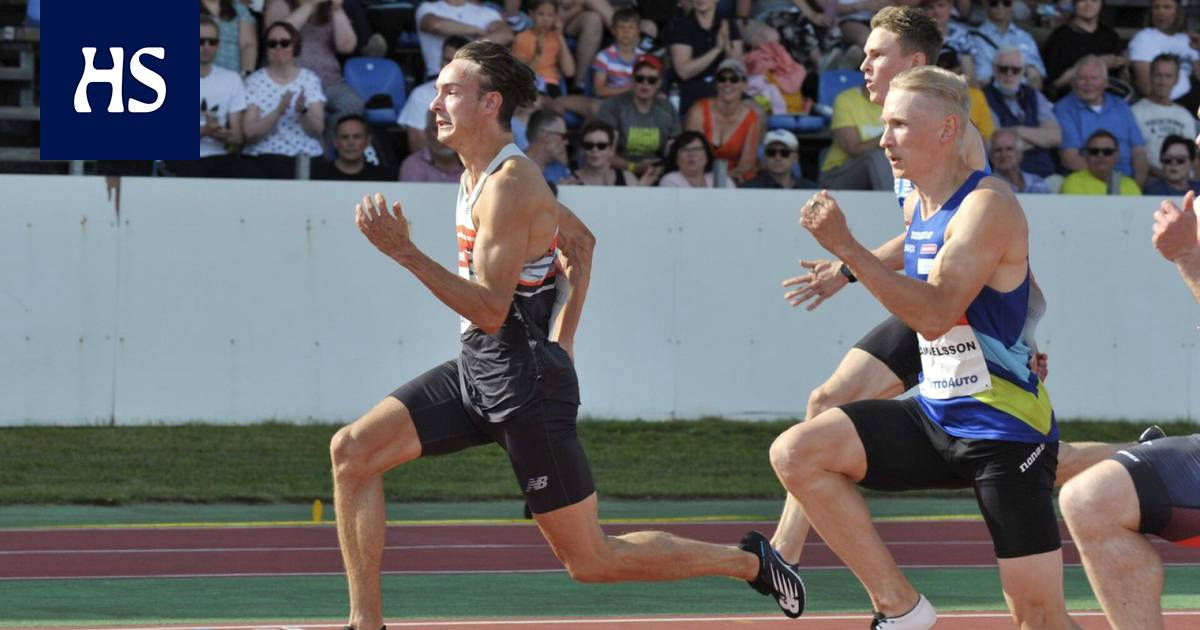 Arttu Korkeasalo again set his record and was seventh in shot put.

Illukka broke his new record of 10.26 in Tallinn on Thursday night, which is also the Finnish top result of the season and a new Finnish record for the age group.

Illuka’s result bends Tommi Hartosen only five hundredths of the more than 20-year-old Finnish record. The 21-year-old ran at a headwind of 1.6 meters per second.

“If there’s good weather and the right winds in Friday’s final, Hartonen’s men’s SE may well go. We are fine, ”Illukka assured in a press release from the Finnish Sports Confederation.

Result took Illuka’s trip to third place in the all-time Finnish statistics Jonathan Åstrandin chest. The above are just Markus Pöyhönen (10.23) and Hartonen (10.21).

“The run was technically good. The warm-up felt good and the seats were very open. There is room for improvement in the final run, ”Illukka estimates.

Illuka’s time was the second fastest in the first rounds. Only the British who won the Illuka lot ran better Jeremiah Azu, which improved to a record time of 10.19.

The cold-headed Finn does not take the pressure off the final run, even though he is a medal favorite with his result.

“I’m not the type of exciter. I’m nervous. I wasn’t nervous either. ”

Arttu Korkeasalo broke his second outdoor track record of the day in the men’s shot put final and finished seventh in the race.

Korkeasalo set a record of 18.93 in the fourth round of the race and improved by four cents the record he set in the morning qualifier.

Korkeasalo’s final result is also the domestic top result of the season.

Belarus Dzmitri Karpuk won European Championship gold with a result of 20.33. Korkeasalo was 48 cents behind the bronze.

In addition to Illuka, the track shone especially Viivi Lehikoinen, who easily advanced in the women’s 400m hurdles to the semifinals. Lehikoinen won his own first round with a time of 57.45 and was the fifth fastest in the first round.