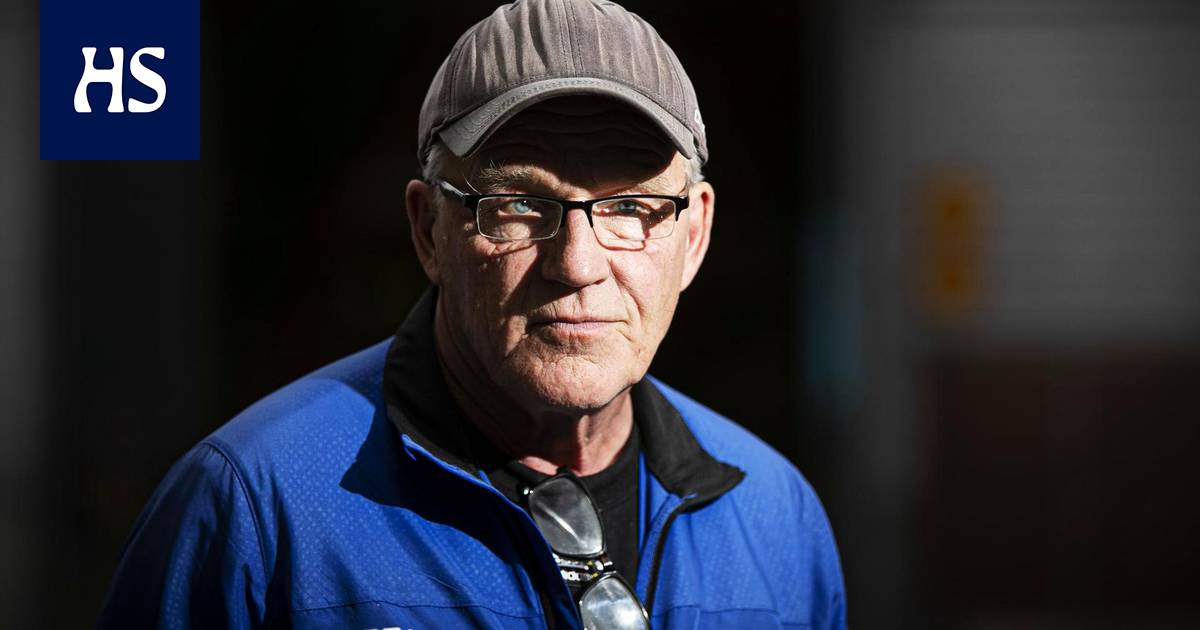 The cooperation between coach Matti Liimatainen and hurdler Lotta Harala ended in March due to a lack of trust. Liimatainen considered that he was not one of the important people for the athlete when he was not told about the doping violation.

He has driven to the hall 50 kilometers from his home in Mouhijärvi, Sastamala. In the evening there is the same drive back. There is time to think along the way.

One conclusion of travel thinking was that 62-year-old Liimatainen decided in March to end his cooperation as a hurdler Lotta Haralan with.

The break between Harala, an experienced coach and the leader of the Finnish women’s fencing race last summer, was the talk of the winter in sports.

“I guess what you came to talk about. About the summer plans of the seven-fighters, ”Liimatainen, who cultivates humor, laughs at his first works.

About that too, but we’ll get back to the contestants later.

Liimatainen pours coffee into cups in his barren coach’s booth and returns to winter events upon request. Glued to the wall are glued well-known citations such as “it is gloomy” or “not valid”.

“I can’t go on if an athlete behaves ethically weird.”

Matti Liimatainen in his coaching booth in Pirkka Hall. His well-known quotations are attached to the wall.­Picture: Erika Ahopelto

Harala, 28, gave a positive doping test last August with a very small amount of 5-methylhexan-2-amine classified as a prohibited stimulant. The runner entered a voluntary ban after the end of the competition season.

The three-month ban ended on 12 January and was announced at the end of January. Liimatainen only heard about the ban on the morning of the announcement day.

“I pulled an extra Nort and could go aside. I know myself and think about the final solution for a long time. I let the winter race season go to an end before I decided. Then I said morjens and goodbye, ”Liimatainen says.

Sevens Miia Sillman, 25, and Maria Huntington, 24, as well as a hurdler Julia Enarvi, 22, are already waiting in the hall for their coaches for morning training.

“Disappear, you seem to have combed your hair,” Huntingon glances through the crack in the door.

The practice ring sometimes cultivates “jerky” humor, but most importantly, the confidence of the coach and the athlete has always been high in the group.

In the case of Harala, it no longer exists.

“An athlete of that level cannot be coached with the left hand. It is essential that the coach and the athlete have full confidence. I have nothing against Lotta. Offensive may not be the right word to describe it, but I was amazed, ”Liimatainen says.

“Then I came to the only conclusion that I don’t belong to Lota’s close circle or important people. I can’t go on if the athlete behaves ethically weird. ”

“There came a feeling of how the ram feels when taken from the rope.”

Lotta Harala placed fourth in the 100-meter real last summer at the Kaleva Games in Turku.­Picture: Lassi Rinne / IS

On Monday Liimatainen leaves with his athletes for a three-week camp in Portugal. In addition to Huntington and Sillman, there are two other seven-fighters involved, a 17-year-old promise Saga Vanninen and 20 years old Laura Lepistö.

According to HS, Harala trains with the help of his close circle and old coaching doctrines inherited from Liimatainen.

“Physically, Lotta is a really tough female athlete. He has lunch to run a hundred fences in less than thirteen seconds, coached him by anyone, ”Liimatainen says.

“Young people now don’t always talk about everything or change the truth, but they aren’t decisive. I didn’t consider Lotta’s offense big. But it didn’t feel nice to be the last to hear about it. There was a feeling of how a ram feels when it is taken out of a rope, ”says Liimatainen.

“I hope he succeeds as an athlete.”

Haralan according to him, the decision not to tell anyone about the ban was based entirely on legal considerations.

“Matti felt it was a lack of confidence. Mati’s decision does not concern the ban on operations itself, but the failure to report it earlier, ”Harala said earlier in his letter to Aamulehti. in a text message.

The fence runner said he had decided on the matter together with his team of experts. Harala is currently on a camping trip in Belek. He did not respond to HS’s interview requests.

Formerly Harala has told having used the same supplement as early as last spring in exercises. However, it was a different preparation he had used before.

Harala has not told the name of the manufacturer to the public, which has caused surprise. This is how he says he acted at the urging of lawyers.

Harala has also stated that he is considering further action against the manufacturer and emphasizes that clean sports have always been important to him.

In the decision of the Anti-Doping Disciplinary Board, the Harala violation was considered unintentional. The board later decided to re-examine whether the athlete had violated the three-month ban.

Would you take Harala back to your coaching team if he apologized for his behavior towards you?

“I wouldn’t take it back right away. I hope he succeeds as an athlete. ”

Seven-finishers are aiming for Olympic seats

Matti Liimatainen has been credited specifically as a coach for wrestlers. Of these, Maria Huntington and Miia Sillman are aiming for a place at the Tokyo Summer Olympics in the spring and summer, but it both requires complete success.

The first chance to grab an Olympic ticket is at the end of May in Götzis, Austria. Huntington and Sillman have been called up to the match, Vanninen is on the waiting list.

The Finns should do so hard there that they got to Tokyo at least through the rankings. Direct access requires an SE score of more than 6,400 points.

“Then you have to succeed in every sport, it is no longer enough to do the basics,” Liimatainen calculates.

Another possibility is 12-13. June in Arona, Spain. The last straw will be in a separate Olympic ranking competition in Vaasa at the end of June. Finnish athletes who still have the opportunity to get to Tokyo are invited to it.

In Vaasa, the winner of the seven matches will receive 60 ranking points, which may be enough for a last-minute Olympic place. A total of 24 sevens will compete in Tokyo on May 4-5. August.

“It may be worth the tact. In Arona, you can get 20 ranking points instead of eighth in a good match, in Vaasa three times more, ”says Liimatainen.

In the Finnish Championships In February, a black moment occurred on Liimatainen’s protective roads. Huntington, Sillman, and Lepistö interrupted due to various ailments. Vanninen missed the race.

“The Finnish Championships went totally miserably. Now you can praise that the contestants are in good shape, but no one knows what it means in points, ”Liimatainen says.

Huntingon’s previous intact sevens match is two summers away at the 2019 Kaleva Games in Lappeenranta, where he scored a record 6,339 points. At the World Championships in Doha that year, he suspended.

At last year’s Kaleva Games in Turku, Huntington won the Finnish championship, but barely broke 6,000 points, even though he was in top condition.

“The Turku flop is not so annoying when the result was not good for Tokyo,” says Liimatainen.

Due to the corona pandemic, last summer’s results are irrelevant to the Olympics. I saw a hammer thrower, for example Aaron Kangas the high score (79.05) is not eligible for the olympic show.