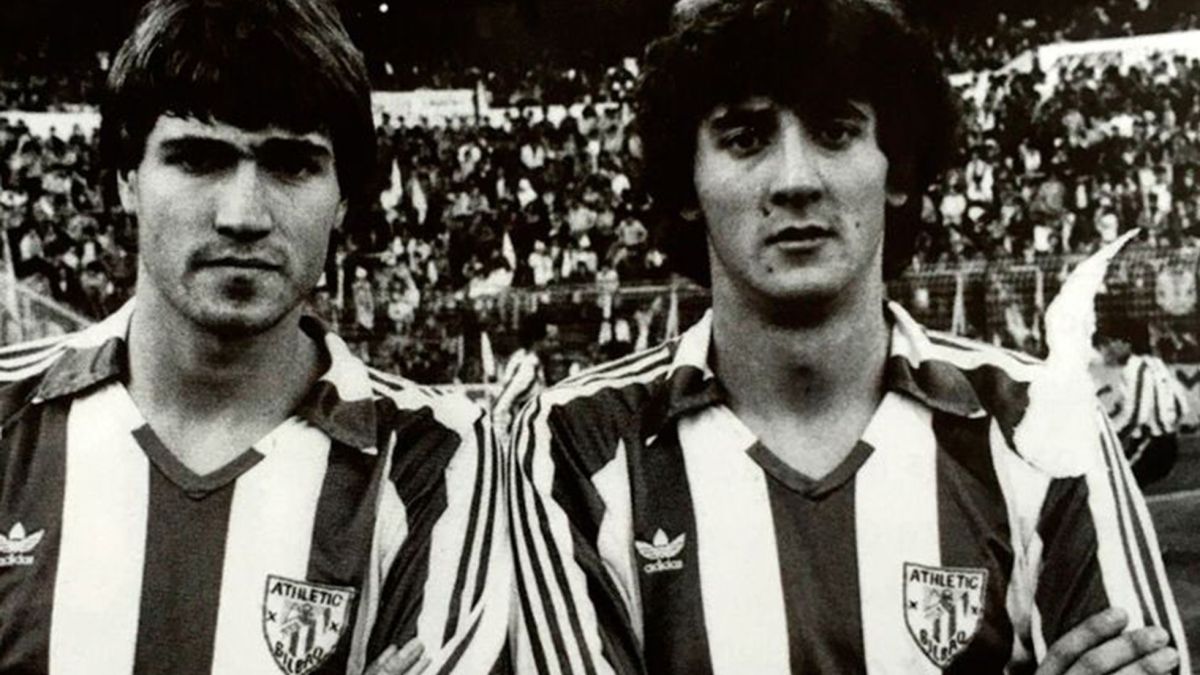 It has attracted attention that two brothers, Iñaki and Nico Williams, coincide in Athletic. It is not common in soccer, but nothing unusual there. You will be surprised, but this is the twenty-fifth pair of brothers who play in the club. There were also five cases of parents and children (the most famous, that of Carmelo and Andoni Cedrún) and even a case of grandfather and grandson, Bertol and Cortina. Surnames such as Unamuno, Areta, Gárate, Etxebarría, Gómez Acebo, Eguía, Aketxe, Allende, Escuredo, Cuéllar, Sena, Bergaretxe, Ochandiano, Astorquia, Arana, Silva, Alonso, Karanka, Eguren, Merino … have been repeated in Athletic line-ups . The Belausteguigotia were three; the third, José Mari, was the famous inspirer of the Spanish fury… despite being a Basque nationalist.

Without the intention of being exhaustive, the most relevant couples go here, the ones that came to play the most matches.

From Bilbao. Marcelino (1902) played with the nickname Chirri, so his brother would be known as Chirri II. Both interiors. The oldest was a Cup champion in 1923 and five times international. Ignacio, seven years younger, caught the birth of the League, of which he won three editions to which he added four Cups. He was part of the first great Athletic forward: Lafuente, Iraragorri, Bata, Chirri and Gorostiza. International four times. An engineer, he retired at the age of 26, but when the war broke out, he joined the Euskadi Team that toured Europe and America. He made a family in Argentina, but in 1946 he returned with her to Bilbao, where he lived until his death, as a renowned engineer.

From Basauri. Miguel (1920) was a defender who came to Athletic from Arenas. After five seasons (he won a Cup), he went to Barakaldo, where he would retire at the age of 32. It was key for his brother to dedicate himself to football, which he did not want. He was only convinced when Athletic offered the family to fix Miguel’s military destiny if Agustín signed. Agustín (nickname Piru, 1922), was a great among the greats. He played 19 seasons for Athletic, with seven Cup titles and two in the League. He closed the second great front: Iriondo, Venancio, Zarra, Panizo and Gaínza. 33 times international. Retired, he continued at the club as a coach. He came to train the first team.

From durango. The most balanced pair in performance. Eneko (1933) was, like Gaínza, a pure one club man. He entered Athletic at 51-52 and stayed until 65-66. Always center forward, brave, with the strength of a bull. He won a League and three Cups, one of them, that of “the eleven villagers.” He also led a very repeated forward: Arteche, Marcaida, Arieta, Uribe and Gaínza. Only three international times, because he competed successively with César and Di Stéfano. Antón, 12 years younger, jumped from the youth team to the first team in 63-64 as the winger of a lead in which his brother followed, from that moment on Arieta I, while he was Arieta II. Soon he would inherit the 9 and keep it until he is 28; They did not renew him and he went to Hercules. International seven times. He won two Cups. His most famous forward was Argoitia, Uriarte, Arieta II, Clemente and Rojo. More goalscorer the first, more technical the second, between the two they monopolized the 9 of Athletic for 20 years. Lehendakari Urkullu is married to a daughter of Eneko.

From Bilbao. José Francisco (Chechu or Txetxu, 1957) was a great. He jumped to the first team at 18 and stayed 17. Another one club man. Extraordinary extreme for his overflow, center and genius. He won two Cups and was international 33 times. Then he would have a long career as a coach. José Ángel, five years younger, was a highly developed midfielder. From their appearance they were known as Red I and Red II. He stayed for five seasons at Athletic, won the 1973 Cup with his brother, and completed his career at Racing Santander.

Bilbao. Julio (1962) was an extraordinary scorer. Raised in the quarry, he went up to Athletic when he was 20 years old. Highly sought after, he later went on to Atlético, Barcelona, ​​Deportivo, Sporting, Yokohama Marinos and Alavés, where he was still thrashing at 37 years of age. For Athletic he won a League and two Cups, titles to which he added four Leagues with Barça and two Cups, one with Barça and the other with Depor. 56 matches in the national team (three World Cups) with 22 goals. Patxi, only one year younger, was also made in the quarry. He was a defensive midfielder with a lot of work and a strong leg, who shared the titles with Athletic with his brother. He stayed for 10 years, at the end of which he went to Celta, who was coaching Txetxu Rojo, where he successfully played four more seasons. Twice international. Champion of the U21 European Championship.