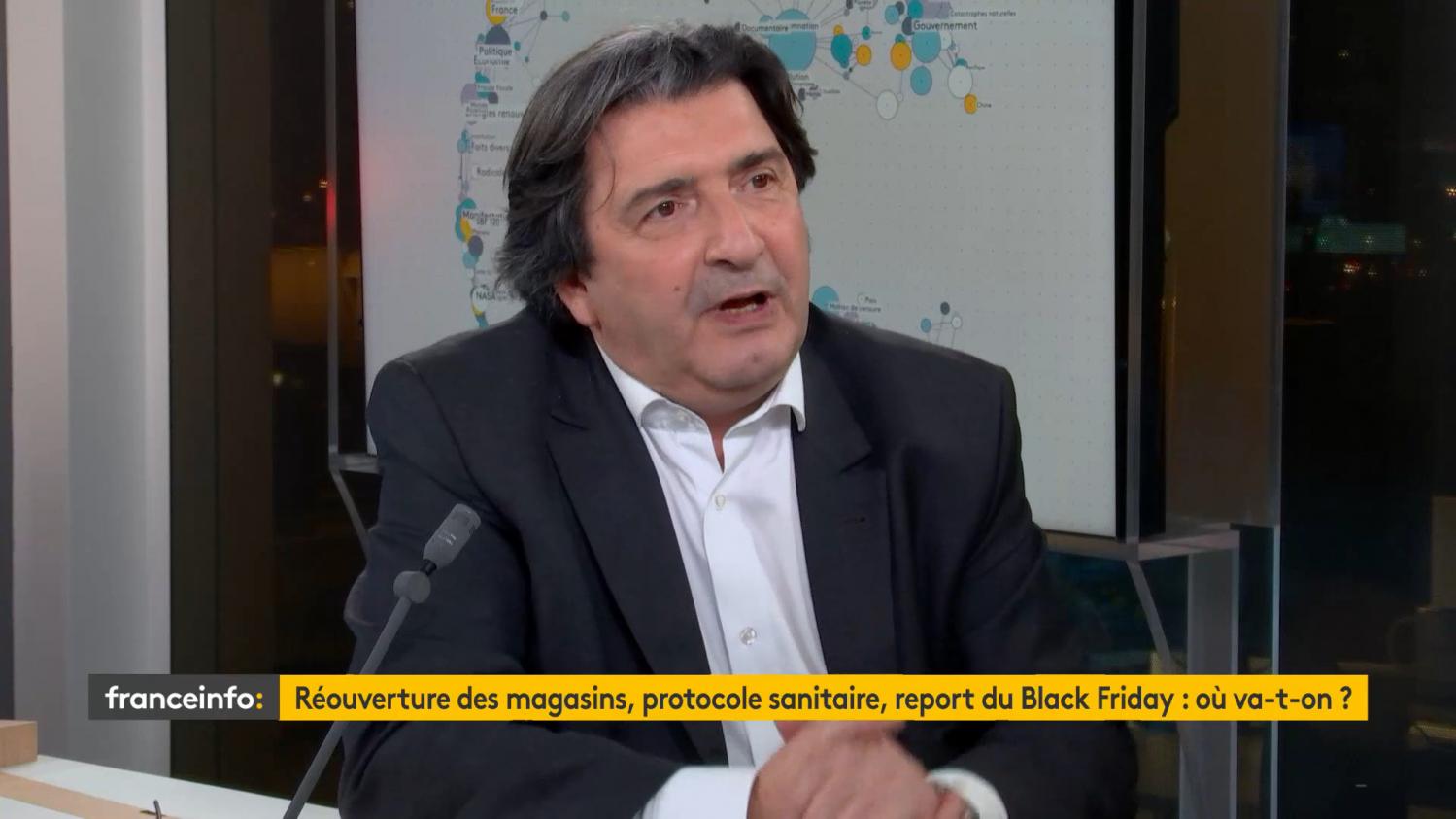 At the end of two meetings at the Ministry of the Economy on Friday 20 November, the heads of mass distribution and those of online commerce agreed to postpone the “Black Friday” initially scheduled for 27 November, subject to a reopening of shops by then. The modalities, dates and health protocols must still be discussed and the President of the Republic Emmanuel Macron is expected to make announcements during a televised address scheduled for Tuesday, November 24 at 8 p.m.

What state of mind are the traders in after these two meetings at Bercy? To answer this question, the president of the Paris Chamber of Commerce and Industry, Dominique Restino, who also leads the entrepreneurship of the 130 CCIs in France (metropolitan and overseas) was the eco guest of franceinfo on Friday 20 November.

“The fact that ‘Black Friday’ is postponed by a week, it allows traders to prepare”, considers Dominique Restino. “Let these big companies make money and sell… at the limit I’ll put it aside. I’ll look at the glass half full first. The most important thing is that traders can reopen.”, insists the president of the CCI Paris.

When asked whether he regrets these repeated meetings before making decisions, Dominique Restino answers: “We are in France and, moreover, there is a global crisis. I think that when the first confinement came out, perhaps we should have acted differently.”

Prime Minister Jean Castex believes that the French economy is doing better than during the first confinement. “It’s normal, Dominique Restino reacts. At the first confinement, everyone was closed, everything stopped abruptly. We put the country on hold. Today we have learned. We made it possible for businesses to work from home, I’m not talking about restaurants. I want to say it’s less worse. “

Columns Christmas presents are not something stressful