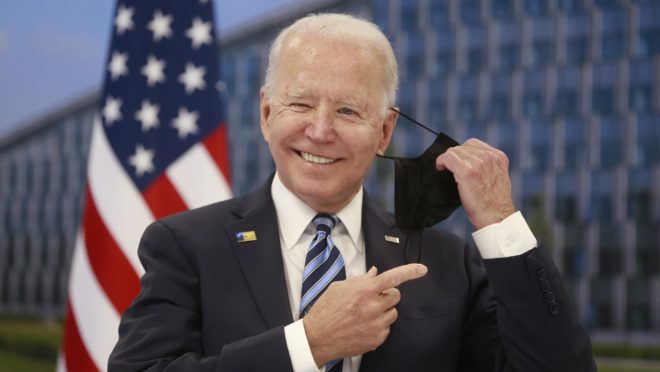 After six months of Biden’s tenure, we have had a clear cleavage in the current US president’s foreign policy vis-à-vis his predecessor. Clear and, from your country’s point of view, potentially beneficial. While Donald Trump flirted with alienating the North Atlantic Treaty Organization (NATO) and sharply shifting the focus from the US to China, Biden is managing to get the military alliance as a whole to begin a process of changing course, course. to the waters of the South China Sea.

Last June 14, in Brussels, the 31st summit of NATO heads of government and state took place. The Belgian capital, in addition to hosting several European Union institutions, is also home to the NATO General Secretariat. All thirty member countries of the organization were represented by their top mandates, and it was the first such event with Biden as president. While the main debates at the summit still revolved around Russia, China is a growing focus.

At the communiqué published after the meeting, available online in several languages ​​(unfortunately, Portuguese is not one of them), China occupies an unprecedented space. Not only in volume, but also in the incisive tone of the note. There are two articles exclusively about the Asian power, in addition to the quote in the third, which lists examples of “multifaceted threats, systemic competition coming from assertive and authoritarian powers, as well as growing security challenges for our countries and our citizens in all strategic directions .”

In these examples, it is cited that “China’s growing influence and its foreign policies may present challenges that we need to face together as an Alliance” and that “we will deal with China with the aim of defending the Alliance’s security interests.” These seem vague, not very assertive terms, but the discourse becomes clearer and more explicit later on, in excerpts 55 and 56, which the column translates in full, with some observations, for readers who eventually do not want to read the full document.

“55. China’s stated ambitions and assertive behavior present systemic challenges to the rules-based international order and areas relevant to Alliance security. We are concerned about coercive policies that contrast with the fundamental values ​​enshrined in the Washington Treaty [observação: esse é o documento que funda a OTAN]. China is rapidly expanding its nuclear arsenal with more warheads and more sophisticated launch systems to establish a nuclear triad [observação: tríade nuclear é a capacidade de atacar outro país com ogivas nucleares via mísseis balísticos intercontinentais, mísseis balísticos submarinos e por aviões. Na prática, a China já detém a capacidade de tríade nuclear, o que garante uma retaliação caso sofra um primeiro ataque nuclear]. China is opaque in implementing its military modernization and its civil-military merger strategy is publicly stated. It is also cooperating militarily with Russia, including through participation in Russian exercises in the Euro-Atlantic region. We remain concerned about China’s frequent lack of transparency and misinformation. We call on China to fulfill its international commitments and act responsibly in the international system, including in the space, cyber and maritime domains, in accordance with its role as a great power.”.

Allegations of an escalation of arms by Beijing are clear. The mention of joint exercises with Russia also serves to justify the mention of the Chinese in the document, with an argument that China would be acting in the sphere of NATO, which justifies and prompts this response and this categorization of China as a threat . The following article follows:

“56. NATO maintains constructive dialogue with China whenever possible. Based on our interests, we welcome opportunities to engage with China in areas of relevance to the Alliance and on common challenges such as climate change. There is value in exchanging information for respective policies and activities, to raise awareness and to discuss possible differences. Allies urge China to meaningfully engage in dialogue, confidence-building and transparency measures regarding its nuclear capabilities and doctrines. Mutual transparency and understanding would benefit both NATO and China.”

In other words, the hand that hits is the hand that blows. Criticism and accusation are in place, but NATO is also supposedly willing to dialogue and engage with China. It is interesting to note that, twice, transparency is demanded of China in relation to its nuclear capabilities and doctrines. While the US and Russia are bound by treaties that guarantee a certain degree of mutual oversight, China is outside these mechanisms.

It is also important to remind the reader that the Chinese nuclear program is quite small compared to that of the two Cold War superpowers, but it is not negligible. Most likely something in the range of 300 nuclear warheads, a number close to the French and lower than the British. There is no public information and most of China’s nuclear weapons facilities are underground. The document also ends up being a call to the Chinese to sit at the nuclear negotiating table.

In that case, it’s unlikely to happen in the short term, for one simple reason: China wouldn’t have much to gain. Today, it’s more important for the US to have information about China’s nuclear program than the other way around. And obviously the tone of the document was not well received by China. The Chinese representation in the European Union issued a statement in which “China calls on NATO to see its development in a rational way, stop in any way exaggerating the so-called ‘China threat’ and stop using interests and rights as an excuse to manipulate the bloc’s politics, create confrontation and fuel competition.”

Even without knowing the eventual results, the note is a victory for the Biden administration, which contrasts sharply with Trump’s policy towards NATO. In 2019, Trump said that Canada was “delinquent” in the alliance, charging higher military spending, and that France “could leave” NATO, responding to Macron’s criticisms, and was mocked by other European leaders in a video that “leaked” , causing the US president to abandon the summit.

The year before, Trump had threatened not to sign the final document and criticized relations between Germany and Russia. In 2017, Trump pushed hard for European countries to increase their defense spending, driving common European defense initiatives outside the NATO framework. And while some countries have increased their military spending, relations in the North Atlantic have soured, to the point where they regard a Trump reelection as a turning point in the alliance’s history. With a very different stance, Biden brought NATO into US policy towards the Indo-Pacific. A direction that gained strength with Trump and is maintained by Biden, perhaps more incisively. Precisely for bringing the US allies with it.