At least 80 people remain missing due to landslides in Japan 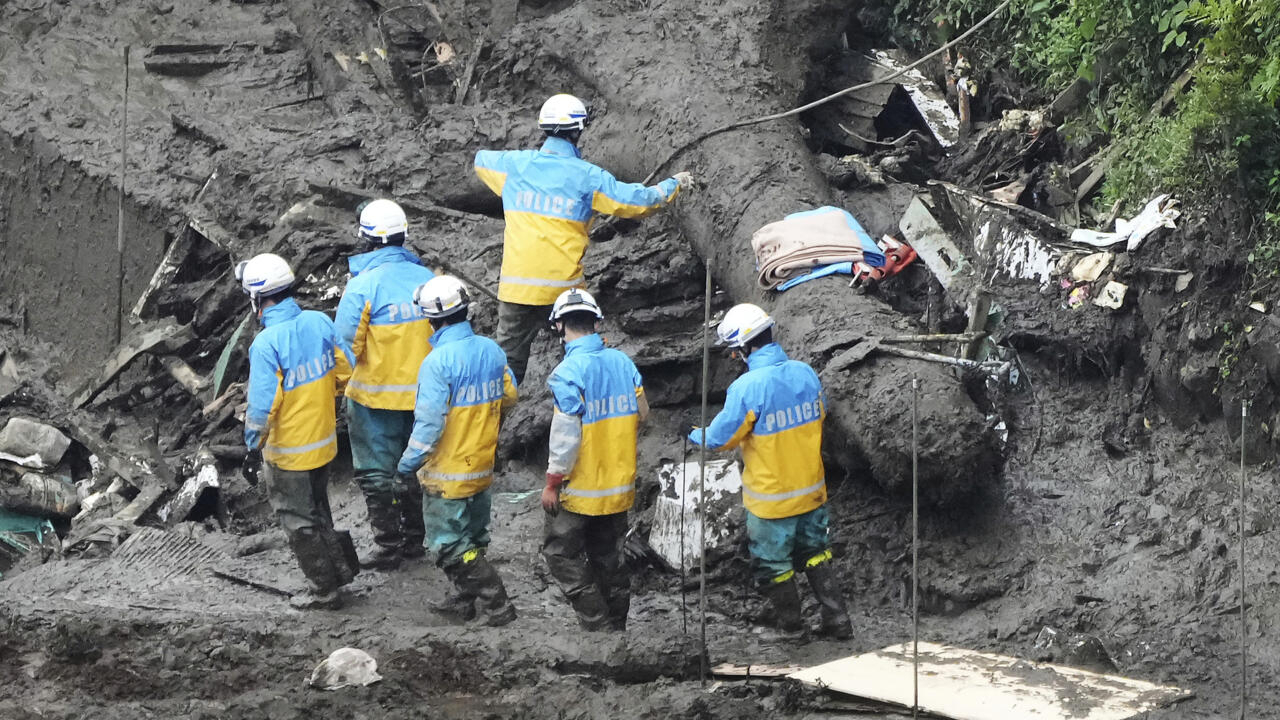 Search and rescue operations continue in the Japanese archipelago. At least 80 people remain missing due to landslides caused by heavy rains, which swept through the coastal city of Atami, southwest of Tokyo on Saturday, destroying homes and burying roads under mud and rocks.

Rescue services confirmed the death of two people on Monday, in addition to the two fatalities already recorded on Saturday, when a tide of mud and debris washed away the mountainous city of Atami, washing away some 130 houses and completely destroying several of them.

Meanwhile, search efforts are also trying to find 80 residents listed as registered in the city. Although this figure could include people who no longer reside in the area and have not officially notified it. So the number of missing could change as operations continue.

According to a report provided on Monday by the Minister’s spokesman for the Executive, Katsunobu Kato, some 1,500 people participated in the search and rescue efforts, including police, members of the Army, firefighters and coast guards.

In addition to the damage in Atami, with a population of 36,000, the rains also caused flooding in different parts of central and southwestern Japan, wreaking havoc on many homes, blocking roads, causing power outages and forcing thousands to evacuate. of people.

Meanwhile, the Japanese government continues to redouble efforts in the search for survivors in the affected Atami and maintains a crisis cabinet to monitor the evolution of the situation.

The alert continues for possible landslides in the rainy season

The island nation of the Pacific Ocean, whose capital Tokyo will host the Olympics this month, is in the middle of the summer rainy season, which caused the landslides in Atami.

According to the Reuters news agency, in some areas it rained more in 24 hours than it usually does in the entire month of July. As a result, several landslide alerts are still active both in Atami and elsewhere in Shizuoka, the Japan Meteorological Agency reported.

The risk of continued torrential rains in the coming hours could make search and rescue efforts more difficult, the meteorological authority said.

Meanwhile, amidst the meteorological emergency in Atami, Sunday marked exactly one year since unprecedented torrential rains in southwestern Japan killed 67 people and left two missing in Kumamoto prefecture, This was reported by the Japanese media NHK.

The more than 1,000 families affected a year ago have not been able to return to their homes and are still housed in temporary shelters as reconstruction works progress slowly, the NHK said.