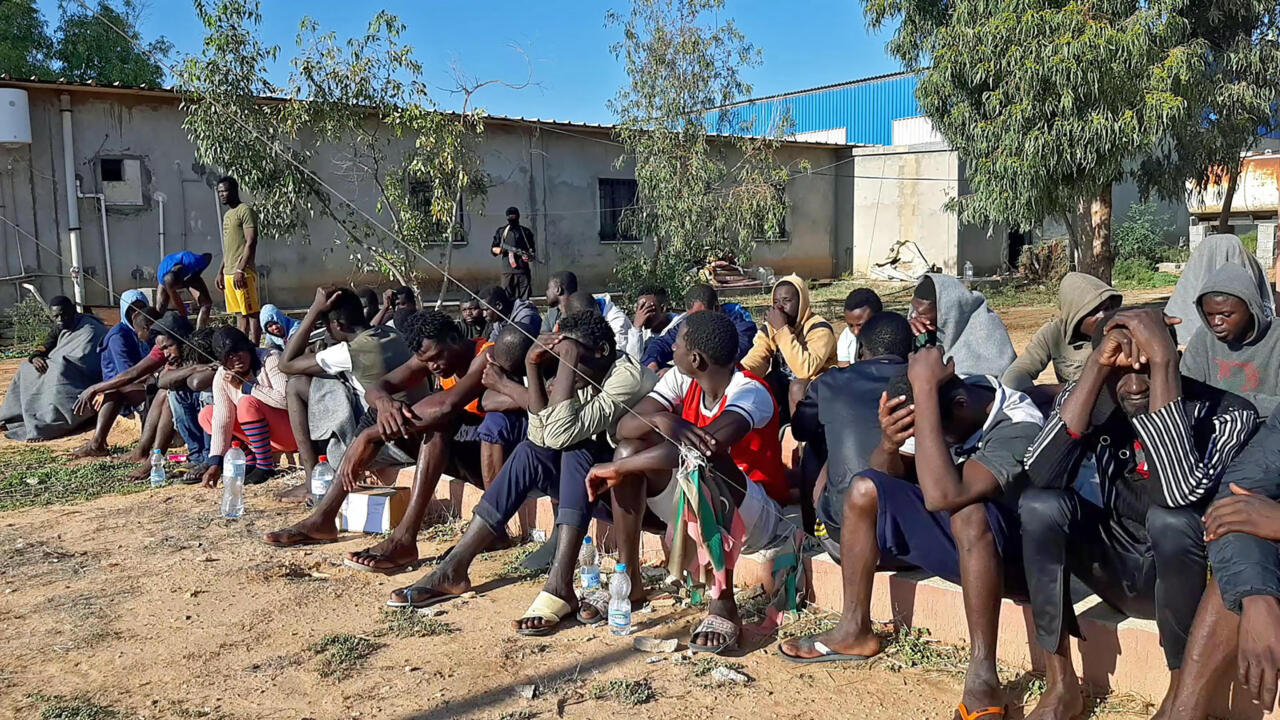 At least 43 people were killed in a shipwreck in waters off the coast of Libya while trying to reach Europe on Tuesday, the International Organization for Migration (IOM) and the United Nations Refugee Agency (UNHCR) reported on Wednesday. . The organizations are calling for rescues on the central Mediterranean route to resume.

Like many others, the hope of the more than 50 African migrants trying to reach Europe in search of a better life turned into a nightmare. This Tuesday, when they had just started their trip a few hours ago, a shipwreck caused at least 43 people to lose their lives in Libyan waters, according to the International Organization for Migration (IOM) and the United Nations Agency. United for Refugees (UNHCR).

Both organizations said they were “deeply saddened” and extended their condolences to the families of the deceased. They also stressed the need to reestablish rescues on the central Mediterranean route, a hot spot through which thousands of migrants try to reach European shores every year.

We are deeply saddened by the tragic loss of at least 43 lives off the Libyan coast.

This again highlights the urgent need for more search and rescue operations, a gap NGO and commercial vessels are now trying to fill despite very limited resources. https://t.co/1huuFEJizv pic.twitter.com/MZFcqY5qUf

Ten survivors were rescued after the shipwreck – the first this year – which occurred on one of the routes most frequented by migrants from Africa to Europe, but also one of the most dangerous.

The boat left from Zauiya, in Libya, and was wrecked due to the ravages of the strong waves and the ship’s engine broke down within hours of starting the trip. The deceased were from West Africa, as confirmed by survivors, including citizens of the Ivory Coast, Nigeria, Ghana and the Gambia, and who were rescued and taken to the Libyan coastal town of Zuara, where the United Nations humanitarian team He provided them with food and water.

The Mediterranean, the deadliest route for migrants

According to data published by the IOM –Collected in the research project ‘Missing Migrants’–, last year more than 1,300 people died in the Mediterranean, the world’s deadliest route for migrants.

The number of deaths contrasts with the spread of xenophobic discourses by far-right groups in the old continent, which have increased in recent years. With increasingly strict policies in national waters and a shortage of rescue teams for migrants on the high seas, each year fewer migrants manage to reach European territory, while the lethality and dangerousness of the routes remain intact.

The two United Nations agencies involved, IOM and UNHCR, took the opportunity to recall this dramatic situation and expressed fear that the death toll would increase in 2021, due to the reduction of their capacity to monitor the routes.

“This loss of human life underlines once again the need to reactivate state rescue operations, the interruption of which is trying to be alleviated by NGOs and commercial vessels despite their limited capacity,” the two agencies jointly said.

In your statementThe United Nations demanded “to put an end to the returns to unsafe ports, establishing safe and predictable disembarkation mechanisms accompanied by tangible demonstrations of solidarity on the part of European states.” He also emphasized the situation in Libya, which is “extremely precarious” and where “many migrants are exploited by smugglers and trafficking networks, held for ransom, tortured and victims of abuse.”

The 43 deceased are added to the list of deaths of people trying to reach popular destinations among African migrants, such as Italy or Malta, from countries such as Tunisia or Libya via the central Mediterranean route.

dpa-AFX overview: COMPANIES – The most important news from the weekend

Check the Sueldazo of the ONCE today Saturday February 20, 2021

Lentils are easy tasty and cheap