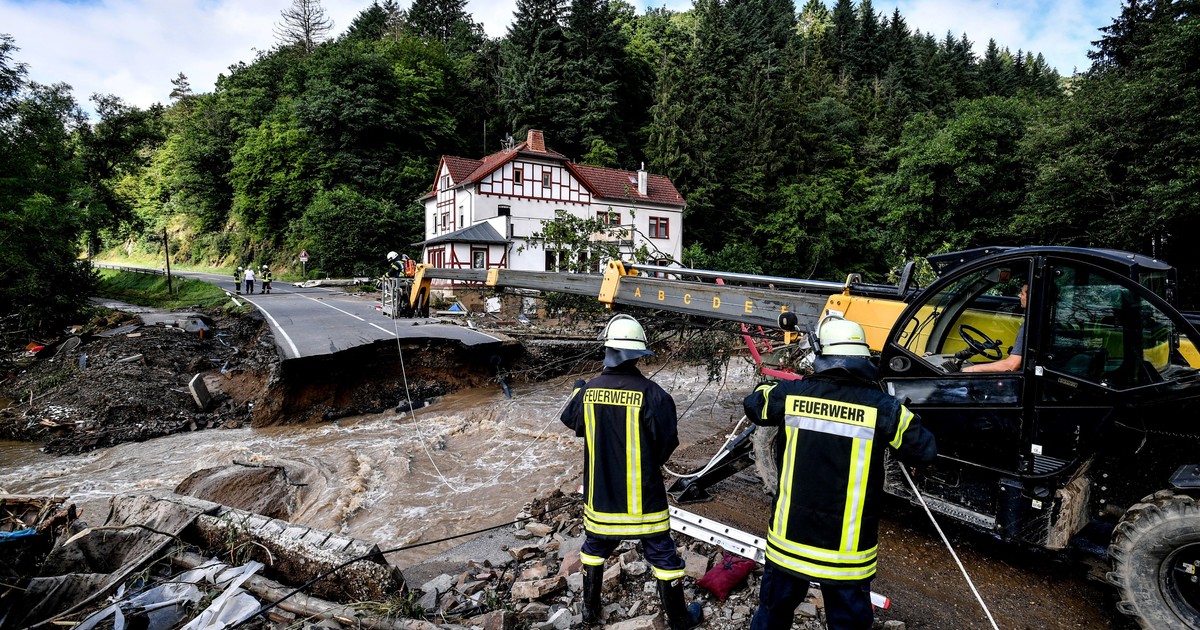 At least 19 people died and 70 are missing due to heavy rains and storms that hit since Tuesday the West Germany according to the latest data from the authorities of the affected regions.

The storm especially affected the federal states of North Rhine-Westphalia, the most populous in the country, and Rhineland-Palatinate, where it caused flooding and collapse of buildings.

Among the dead there are two firefighters. One drowned after falling into the water and another as a result of a collapse suffered while carrying out rescue work.

“We live in floods of catastrophic dimensions in Rhineland-Palatinate. We are a region used to floods but what we live is a catastrophe“said the Prime Minister of that federal state, Malu Dreyer.

“We are fighting for save people. The damages in the municipalities are immense, “he added.

The municipality of Ahrweiler, about 50 kilometers from Bonn, is one of the most affected. There they registered four dead and six buildings fell as a result of deterioration caused by the rains and more than twenty are in danger.

The number of missing persons reported so far is 70.

Damaged houses after the floods in Schuld, Germany. Photo: EFE.

The German Weather Service (DWD) expects the rains to subside. “There may still be heavy rain in some places but it won’t be as widespread as last night,” said Markus Mannital of the DWD.

The floods forced cut electrical service in several municipalities to avoid short circuits and rail transport in the region was also affected.

A damaged road after the floods in Bad Muenstereifel, Germany. Photo: EFE.

In the city of Cologne, the river Rhine overflowed and flooded part of the Deutz neighborhood.

Since Tuesday there is a rescue team device in which 3,900 people participated, who had to intervene in different places on about 2,000 occasions.