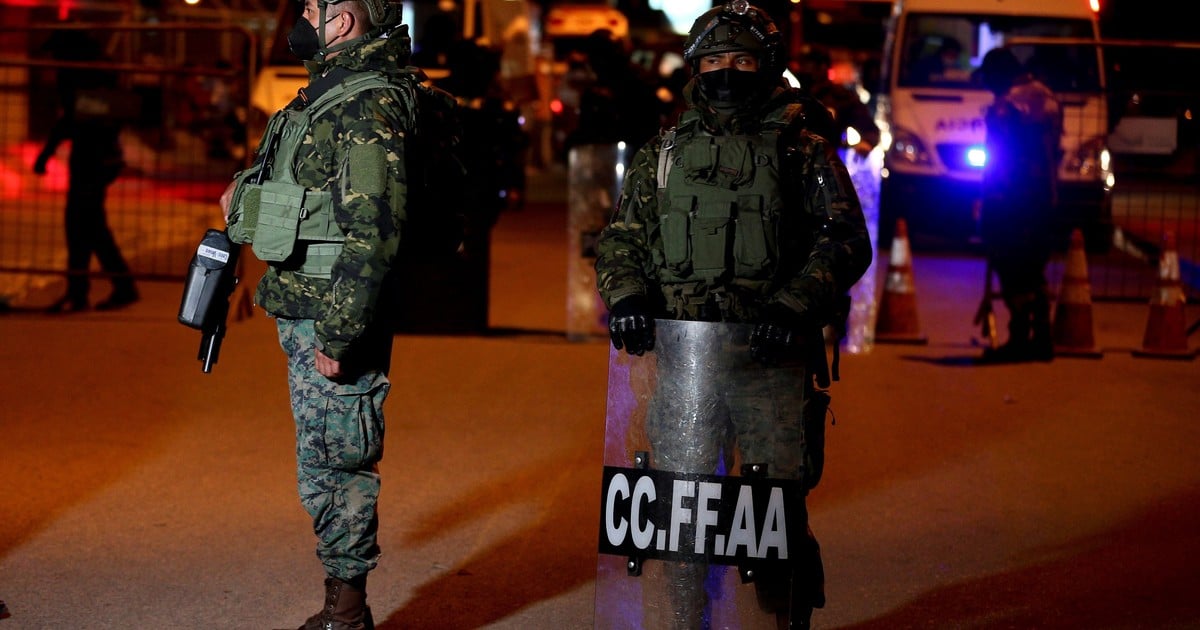 At least eighteen prisoners died and dozens of policemen suffered injuries after simultaneous riots in two prisons in Ecuador were registered on Wednesday night, according to the National Service for Comprehensive Attention to Persons Deprived of Liberty (SNAI), which is in charge of prison control.

The incidents were recorded in the Prison 1 of the coastal province of Guayas, near the port city of Guayaquil (southwest), and the Andean city of Cotopaxi, close to the city of Latacunga (center), SNAI specified on its Twitter account.

In the brawl registered in the jail of Guayaquil, SNAI reported that eight inmates died and three members of the Police were injured, for which they were transferred to health units in the city.

He also specified that in the prison of Latacunga another riot was reported that left, at least, ten dead inmates, another 35 wounded inmates, six injured officers, and damage to the administrative areas of the prison complex.

The arrival of the military forces to the Latacunga prison. Photo José Jácome / EFE

The authorities reported that the situation in the prisons of Guayaquil and Latacunga has been controlled after entering these centers of special groups of the Police.

“Agents of the security and prison surveillance body, together with elite groups of the National Police, regained control of the prisons,” SNAI remarked in a first statement on the situation in the two prisons.

Hours earlier, journalistic sources had warned that the riot in the Latacunga prison had included detonations, probably of Firearms, inside that center.

A police officer then indicated that several officers had been detained by the inmates mutineers when they tried to help the prison staff of the prison service.

In that center, the officer explained, the riot in medium and maximum security pavilions, and said that the Police have managed to contain seventy prisoners who had crowded into the main door of the jail.

In social networks they circulated images of murdered and bloodied inmates in a sector dedicated to agricultural production of the Guayaquil Penitentiary.

Violence in prisons in Ecuador is not new, since in recent years there have been tough clashes between opposing gangs.

Last April, the confrontation between two gangs of prisoners spread to four detention centers in the cities of Guayaquil, Cuenca and Latacunga.

Those confrontations left about 80 deceased inmates and a score of wounded, which generated a harsh debate on the alleged weaknesses of the penitentiary organizations to control the country’s prisons.