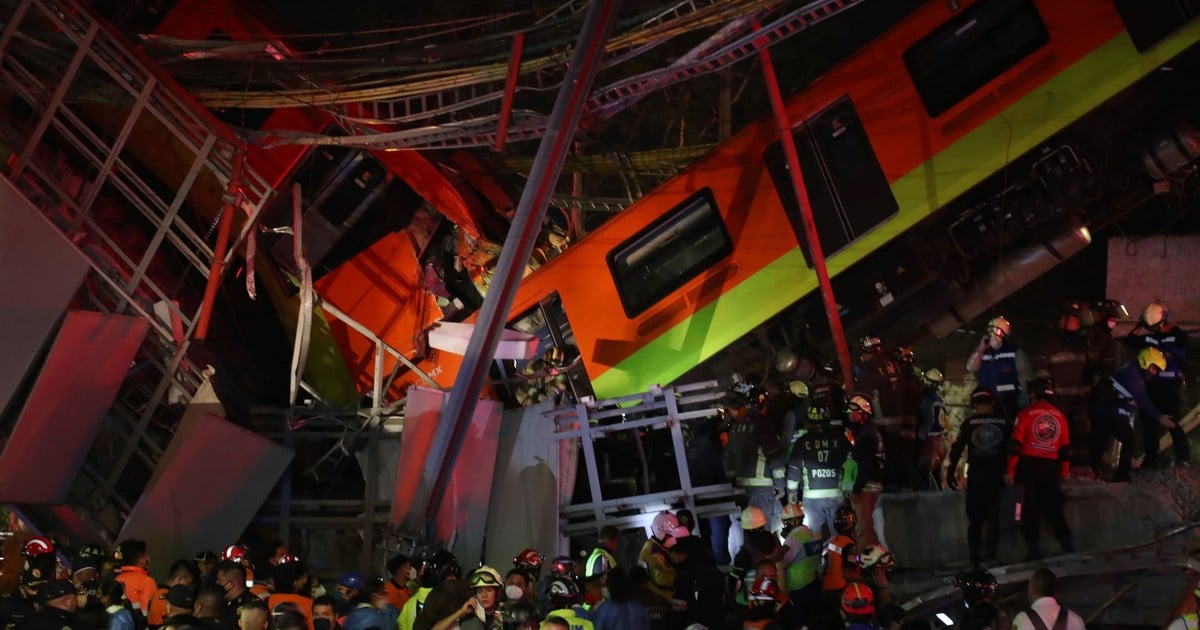 A section of the structure of Line 12 of the Mexico City metro that passed over a road collapsed during the night of this Monday and left as a balance at least 15 dead and 70 wounded, of which 34 were hospitalized.

The accident happened shortly before 10:30 p.m. in the southeast of the capital, between the Olivos and Tezonco stations. In the area, which was immediately filled with ambulances, rescuers and desperate people in search of their relatives, it was possible to observe at least a totally split wagon and dozens of personnel from the rescue forces helping all the people who were in the place to get out.

As explained by Claudia Sheinbaum, the head of Government of Mexico City, a fair beam was beaten when the train passed and a car was trapped under the rubble. The structure was about five meters high above the avenue.

Rescue tasks were temporarily interrupted at midnight because the hanging wagon was “very weak” and it was necessary for a crane to arrive to secure it before work could continue.

Meanwhile, Sheinbaum indicated that there were still several people inside the wagon and warned that it is unknown if they are alive.

Part of the structure of the Mexico City metro collapsed. Photo EFE.

On Line 12 of the #MetroCDMX a bridge just collapsed.

The negligence that we live in our country is incredible, there are no words.

We really hope that all of you and your loved ones are doing well. Take precautions and take good care of yourselves 🙏🏻💜pic.twitter.com/6SsOLAWSPx

Security forces from all levels of government, including the military, collaborated in the rescue operation while the city government set up a command center to inform family members.

“What happened today in the Metro is a terrible tragedy ‘‘Foreign Minister Marcelo Ebrard, former mayor of the city between 2006 and 2012, wrote on his official Twitter account.

Rescue forces work after the collapse of the Mexico City subway. Photo Reuters.

Metro line 12 falls in Mexico City.
They report people trapped in the wagons that fell into the void.

And he added: “My solidarity with the victims and their families. Of course, causes must be investigated and responsibilities defined. I reiterate myself at the full disposal of the authorities to contribute in whatever is necessary.”

Hundredth birthday: what would you do, Sophie Scholl?

Weather Helleraja has been crossed on Wednesday in dozens of places – the warmest in Oulu, already over 28 degrees