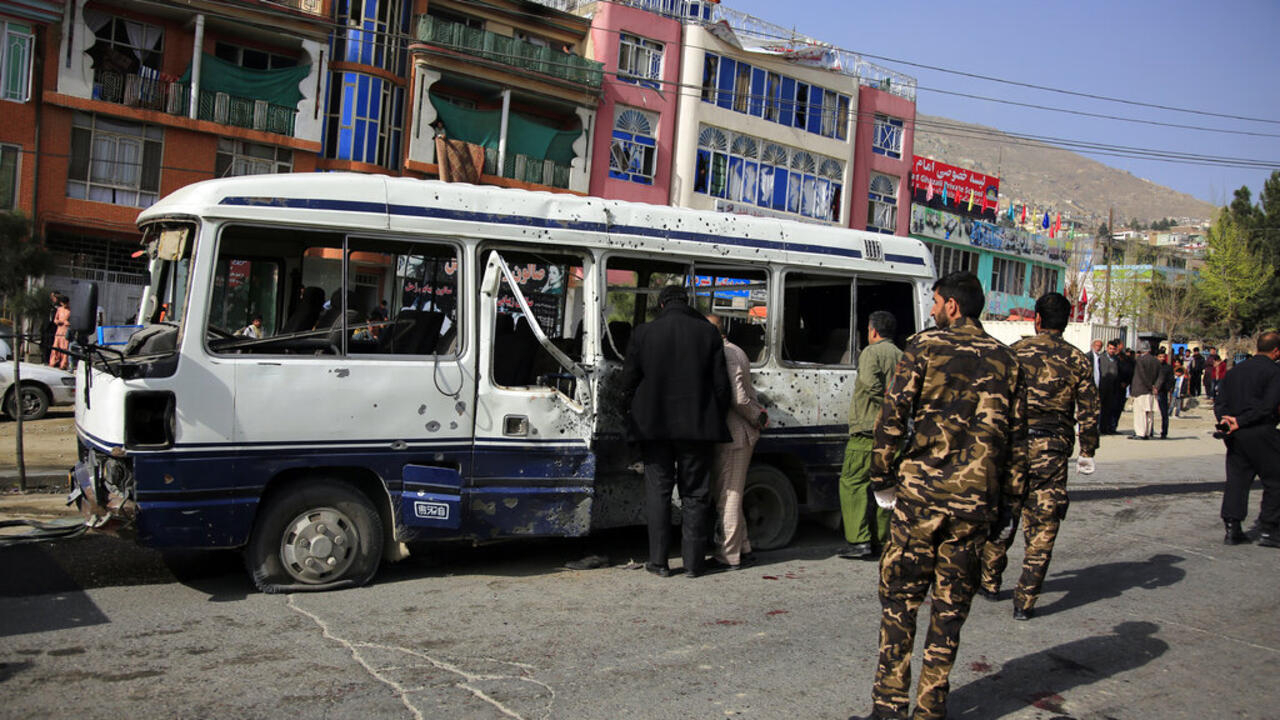 The detonation of a bomb on Thursday against an Afghan government bus in Kabul left at least four officials dead and nine others injured. In turn, at least nine members of the Army died after the accident of a military helicopter in the Maidan Wardak province, in the center of the country. The causes of this event have yet to be clarified, according to the country’s Defense Ministry.

A new targeted attack has rocked the Afghan capital, Kabul, a further sign that violence continues at very high rates in the country despite peace talks between the Taliban and the government. This Thursday, March 18, at least four officials were killed and another nine were injured when a bomb exploded against a government bus.

The roadside bomb exploded at around 7:20 a.m. local time against a bus that the Afghan Ministry of Information and Technology had rented to transport its employees, according to ministry adviser Abdul Samad Hamid Poya.

So far no one has claimed responsibility for the attack, although the government has blamed the Taliban for recent attacks on government officials. They have so far denied any connection to the attacks that also killed three women and three minors in Kabul on Monday, according to security officials.

This series of attacks against Afghan civilians in urban areas has increased since the signing of the peace agreement between the Taliban and the United States last February.

The attacks escalated after the start of negotiations between the government and the Taliban in Doha last September. These talks seek to end almost 20 years of war in the country.

This Thursday a meeting takes place in Moscow between the government, the Taliban and key countries such as the United States and Russia in order to reduce the levels of violence and move towards a lasting peace, although the reproaches between both sides of the conflict do not presage an easy denouement.

This same Thursday, the Defense Ministry reported that at least nine military personnel died in an accident involving a military helicopter in the Maidan Wardak province, in the center of the country. Four of the deceased were pilots and the other 5, members of the security forces.

“The Defense Ministry is investigating and gathering information about what happened,” the ministry said in its press release, although some sources indicate that the helicopter could be attacked in mid-flight.

Reuters indicates that two sources claimed that the helicopter was hit by a rocket while taking off, without being clear who may have launched the device. For his part, Sharifullah Hotak, a member of the Maidan Wardak Provincial Council, told EFE that Hazara guerrilla commanders had attacked the apparatus.

“When the helicopter was landing, armed men belonging to Commander Ali Poor opened fire on the aircraft and shot it down, killing five members of the security forces and four pilots,” said Hotak.

Air force sources indicated that the helicopter had been on a supply mission that included transporting the body of a soldier and wounded members of the military.

With Reuters, EFE and AP.