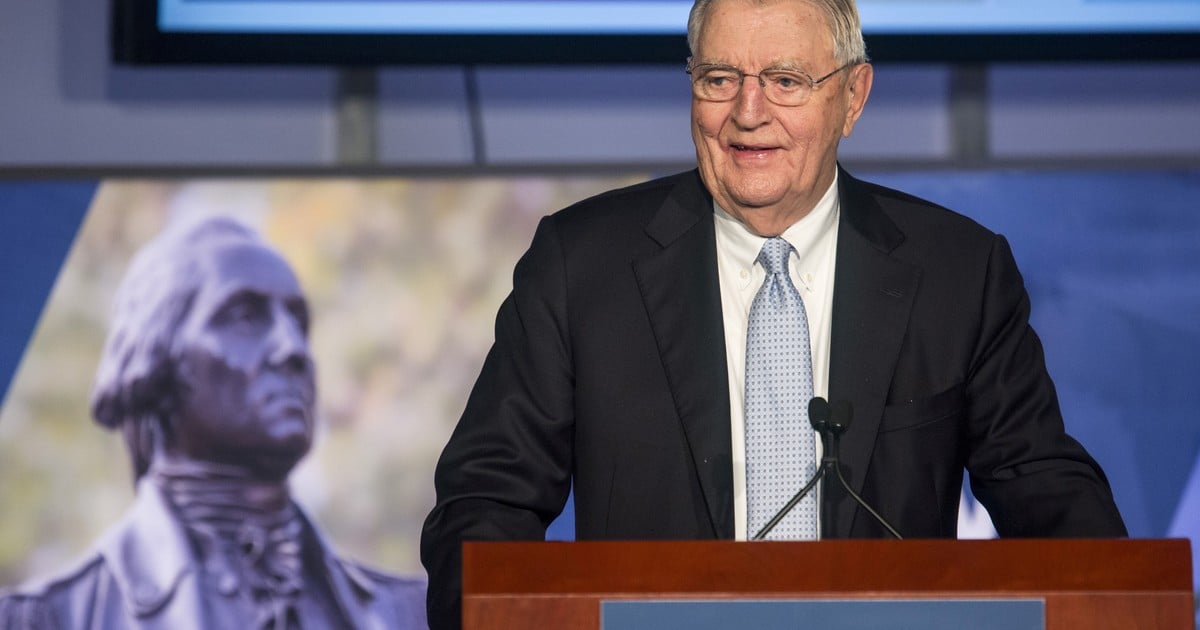 Former US Vice President Walter Mondale, a liberal icon of the Democratic Party, He died on Monday at 93 years oldthe media reported.

The press, which cited a statement from the family, does not specify the causes of death of who out vice president of Democrat Jimmy Carter between 1977 and 1981.

“Today I mourn the passing of my dear friend Walter Mondale, whom I consider the best vice president in the history of our country,” Carter said in a statement in which he offered his condolences to the family of his former number two.

“He was an invaluable partner and a good servant to the people of Minnesota, the United States and the world,” he added.

Mondale then served as ambassador to Japan between 1993 and 1996, during the administration of Bill Clinton.

In 2008, endorsed the candidacy of Hillary Clinton for the presidency and then endorsed Barack Obama when he got the nomination.

A photo from 1977 showing the then US president, Jimmy Carter, standing behind him, Walter Mondale. Photo: AFP

Current Vice President Kamala Harris said in a statement that Mondale “led a life of extraordinary service“and that he was” very generous with his wit and wisdom over the years. “

US President Joe Biden, who had a long career as a senator, recalled that Mondale had been one of the first to welcome him when he first came to the Upper House.

Senator Amy Klobuchar, a fellow Minnesota native, mourned the passing of Mondale, calling him “kind and dignified to the end.”

“Walter Mondale was a true public servant and my friend and my mentor,” he said on Twitter.

Born on January 5, 1928, to a Methodist pastor and music teacher, Walter Frederick “Fritz” Mondale was a outspoken defender of civil rights.

During his tenure in the Senate, he advocated for education, housing, migrant worker rights, and child nutrition.

He unsuccessfully ran for the White House in 1984, challenging Republican Ronald Reagan, who won reelection.

Mondale chose Representative Geraldine Ferraro as his running mate, being the first American candidate from a major party in include a woman in the presidential binomial.

In 2014, his wife Joan Adams, with whom he had three children (Ted, William and Eleanor), passed away after a long illness.

The first two were engaged in politics and Eleanor, who died in 2011 of a brain tumor, was a journalist.

Kela | Chancellor of Justice: The Kela's automatic decision-making should be regulated by law