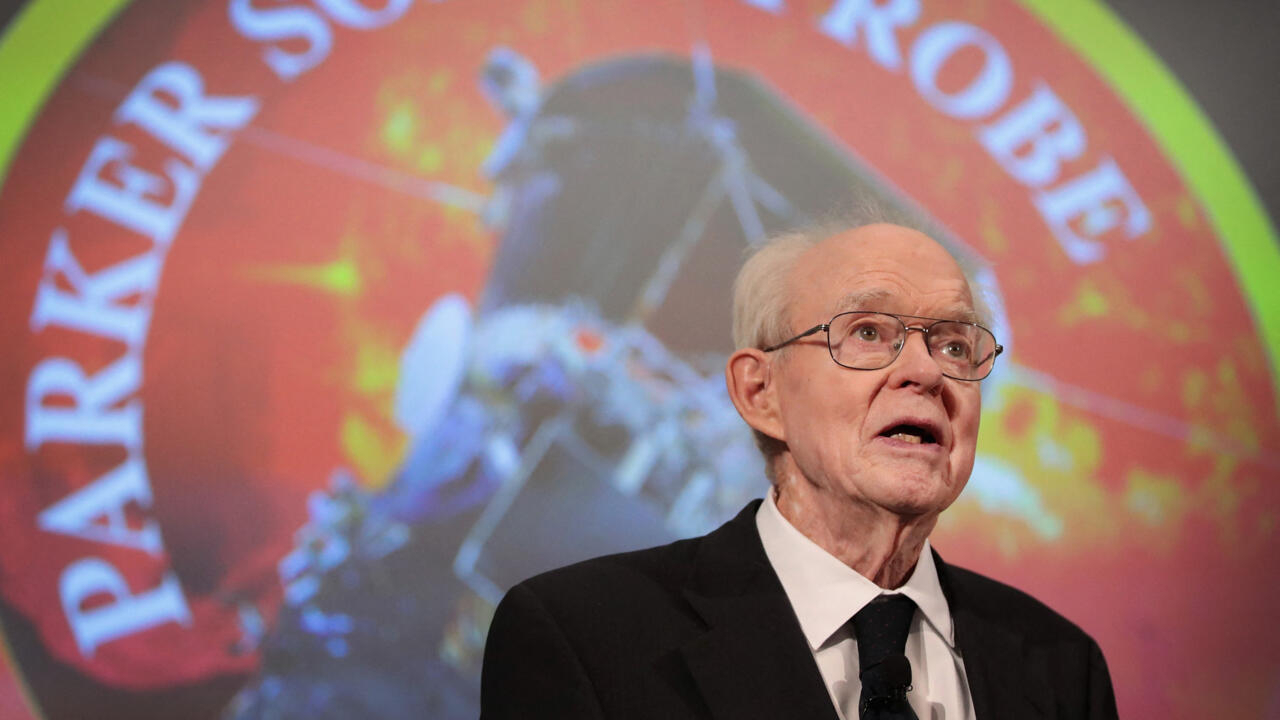 The American scientist, considered one of the most important physicists of the 20th century, was the first to elaborate theories about the existence of the solar wind. His research also helped the scientific community understand the physics behind magnetic fields in space, and the dynamics of plasma. He died this Tuesday at the age of 94.

The death of the astrophysicist was announced this Wednesday by the US National Aeronautics and Space Administration (NASA) and by the University of Chicago, United States, where he was a teacher and then a professor emeritus.

Born on June 10, 1927, Eugene Parker was a giant of solar physics, to the point that NASA decided in 2018 to pay tribute to him by giving his name to the probe that was sent in August of that same year, on a mission to the sun. . The space agency had never paid such a tribute to a living researcher.

“Honoring his work by naming Parker Solar Probe after him is one of the proudest achievements of my career. My work, my passion for science and my desire to continue exploring are strongly influenced by this great man. Parker Solar Probe ‘touching the Sun’ is a fitting achievement for its namesake mission,” said NASA Associate Administrator Thomas Zurbuchen.

“Anyone who knew Dr. Parker knew that he was a visionary. I had the honor of being with him at the Parker Solar Probe launch and loved being able to share all the exciting science results, seeing his face light up with every new image and data plot I showed him,” explained Nicola Fox. , director of NASA’s heliophysics division.

After studying at Michigan State University and the California Institute of Technology, Eugene Parker developed the theory of solar winds in the mid-1950s, while still in his thirties. The multi-award winning scientist then predicted the spiral shape of the magnetic field within the solar system, called the Parker spiral.

See also  US forces in Wiesbaden: Preparations for the next Cold War?

His theory, based on mathematical equations and published in 1958, was initially rejected by the specialists of the time, before being confirmed in 1962 by data from the Mariner II probe sent to Venus.

“His vision of the Sun and the Solar System was way ahead of its time,” praised Angela Olinto, dean of the University of Chicago’s physics school.

“My study’s first reader said, ‘Well, I think you should go to the library and study before you write an article, because (your publication) is complete nonsense,'” Parker recalled in 2018.

It was necessary that the director of the Astrophysical Magazine, Subrahmanyan Chandrasekhar, Nobel Prize in Physics in 1983, confirm his calculations to validate his publication.

Scientists now know that solar winds sweep across the Earth and all the planets in the Solar System, thus protecting them from radiation.

See also  Isolated piece of Russia is exactly between NATO members, now missiles are being tested

The Parker probe, launched in 2018, got closer to the Sun than any spacecraft before it, beaming back a wealth of data, particularly on space weather, to researchers.