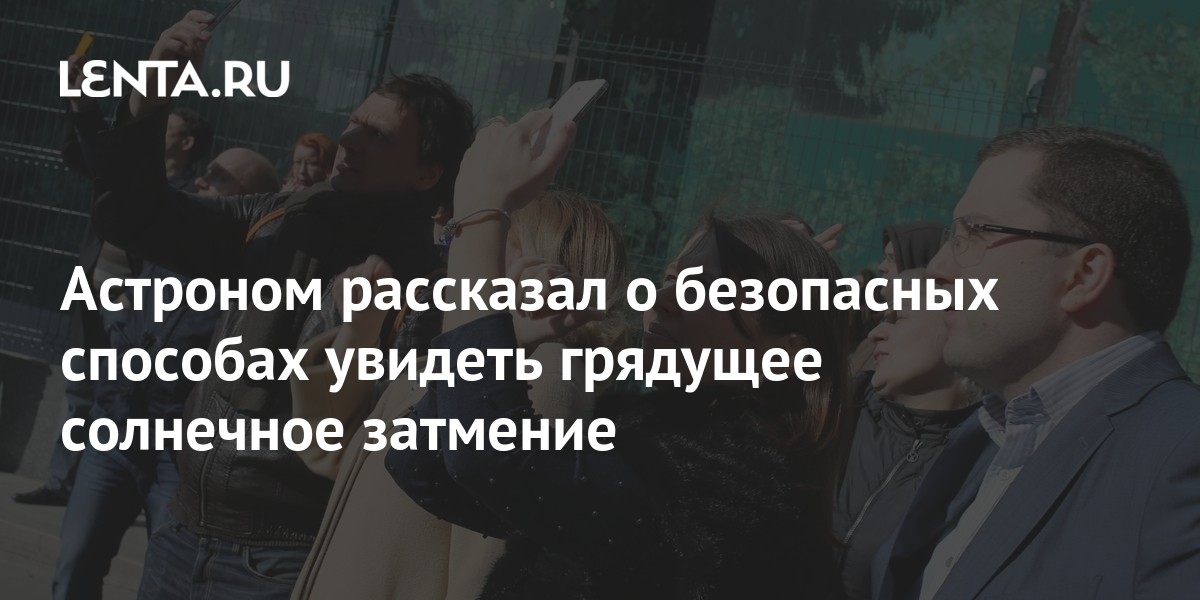 The Russians were told how to observe the partial solar eclipse on June 10 without harm to health. About it RIA News said a senior researcher at the Space Research Institute of the Russian Academy of Sciences, astronomer Oleg Ugolnikov.

According to him, special light filters, blown out photographic film or diskette film are suitable for observing the unique phenomenon. Their magnetic layer traps sunlight well, which will help protect the eyes. But you should not look through tinted glass from glass containers or sunglasses: their filtration is too weak and there is a risk of losing your eyesight.

Residents of Russia on June 10 will be able to observe the annular eclipse of the Sun. In Moscow, the maximum closing phase of 16 percent will be visible at 2:26 pm Moscow time. The phenomenon will be best seen in Chukotka: there, the Moon will cover 91 percent of the Sun.